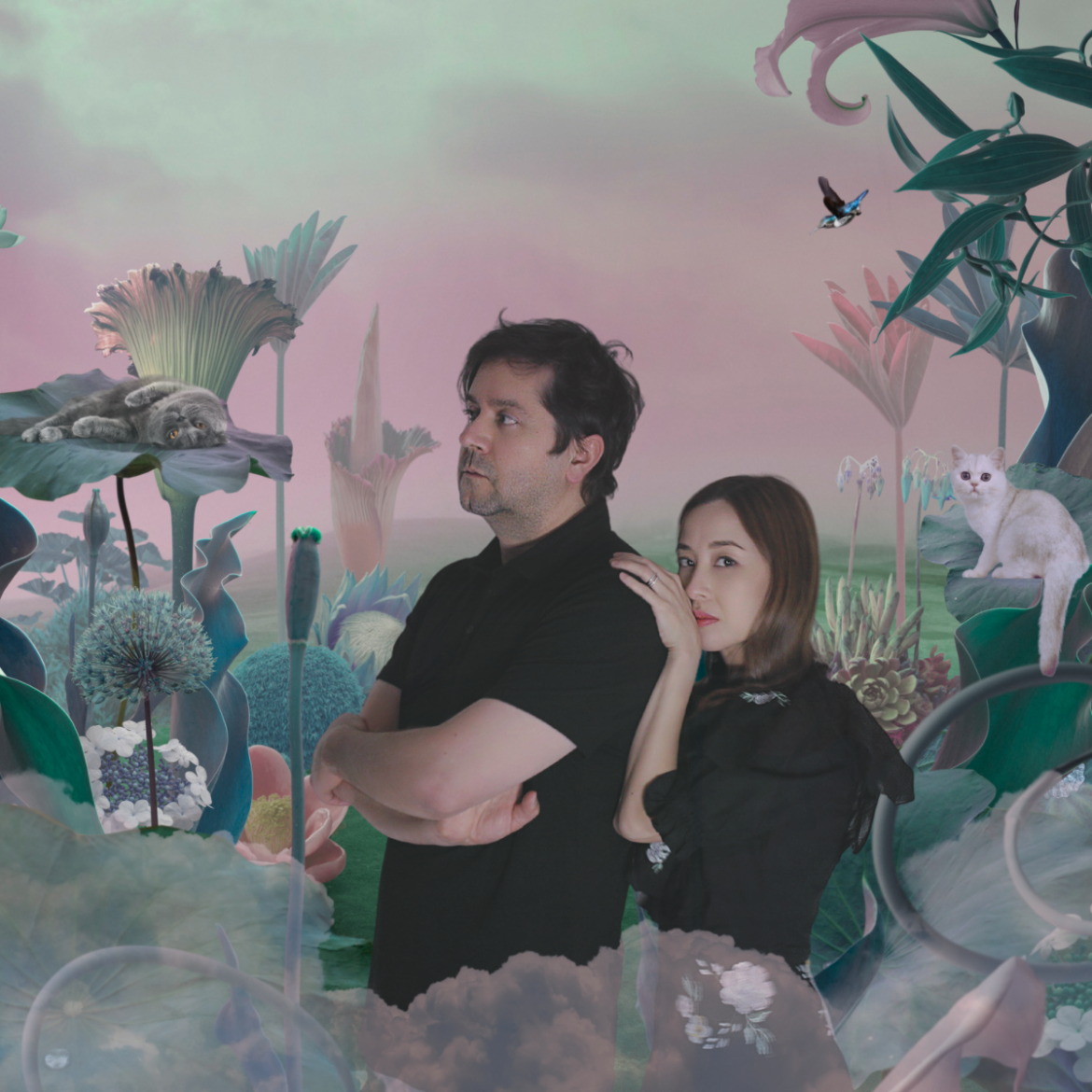 Shelflife are releasing the long-awaited second album by Shoestrings, Expectations, available November 5th on CD and digital formats. The LP vinyl will be co-released with Discos de Kirlian (Europe) and Fastcut Records (Asia), available in early 2022.

Shoestrings is Mario and Rose Suau: best friends, life partners, and quintessential introverts. Today, we are debuting the video for the albums first single, ‘Gone‘, which is also its opening track. Like running into a long-lost, newly single, love interest, “Come closer now, ‘cause I haven’t seen you in a while. Tell me about how you’ve been without him around,” this dreamy gaze pop song with shades of M83, is a meticulously crafted suite of gentle hushed wistful melodies, swathes of synth lines and shimmering guitars, it walks through the potential of a relationship that is bound to end badly. The pros and cons are weighed internally before concluding it was only a temporary lapse in judgment, “The feeling is… gone.”

Rose says of the video, which shows kids of various ages vibing to music on their headphones “We came up with the idea of the video thinking about how much of a role music played in our formative years. I remember I was around age 4 when I learned the proper way to use the record player just so I could dance. Throughout my school years, I had always sung in various choirs and played in concert bands. Music made a huge imprint on my adolescent experience, which still drives my musical aesthetic today.

Mario: “Music was also central to my childhood. Being inspired by my uncle who was a percussionist in a pretty famous Cuban charanga band, my first instrument was a Toys ‘R Us drum kit. I’m sure I drove my parents crazy by playing along to MTV videos (remember those?) in the basement. At some point, I transitioned to a quieter instrument: a Casio SK-1 sampling keyboard and eventually other keyboards/instruments. I also listened to plenty of new wave music that my brother exposed me to. One of my favorite activities was retreating to my own space with a pair of headphones and noticing new details of songs that I had already heard hundreds of times before.”

“We know that there are kids out there who were just like us once, starting to form their musical tastes. Music influences your point of view as you grow, and we’re hopeful there will be kids to carry on great indie music.”

Now well into their adulthood, Mario and Rose have seen their share of friends decoupling. In their close circles, romantic optimism is now replaced with guarded cynicism. The highs and excitement of new relationships have been tempered with anticipatory disappointment and loss. Narratively, the band recounts these events and collected observations that left the deepest marks, but now, with a clearer perspective.