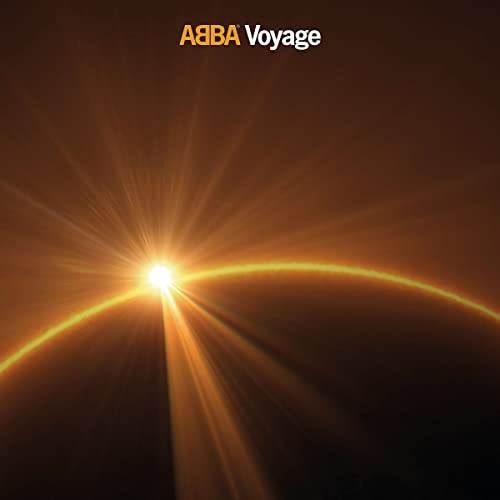 So, as you’re probably aware (assuming you’ve been awake over the last two months), Abba are back with a new album. It is their first in forty years, since 1981’s The Visitors. To my mind, that album is their best. As has been well-documented, the band never split up, but it became clear that the four members weren’t going to get back together. This despite the fact that over the years they went from being kitsch to an utter phenomenon in their absence.

Yet gradually a thaw of sorts suggested that there might be…something. Three years ago there were said to be two new songs ‘I Still Have Faith In You’ and ‘Don’t Shut Me Down.’ Then two months ago – in possibly the best kept secret in music since David Bowie came back with The Next Day – the announcement of a brand new album, with ten tracks written by the band’s songwriters, keyboardist Benny Andersson and guitarist Bjorn Ulvaeus.

The album opens with ‘I Still Have Faith In You.’  As this has already been a hit, there’s a high chance you’ve already heard this. It’s a classic ABBA ballad, which holds true to the songwriters’ statement that they weren’t going to try and write songs that fitted in with the contemporary pop scene. It’s all the better for it, and it sets the tone for the quality of the album. The voices of Agnetha Faltskög and Anni-Frid Lyngstad maybe a little older but they are in fine voice throughout.

It’s only on the second song that things falter briefly. ‘When You Danced With Me’ is possibly the only cheesy moment on the album, with its Irish-Scottish sound that is catchy, but not as cringeworthy as ‘Galway Girl’. The Celtic influences are there on ‘Bumblebee’ which manages to avoid the cheese, thankfully.

Given that the band contains two divorced couples, there are a couple of darker (by Abba standards) songs which contain a hint of difficulties. Of these ‘Keep An Eye On Dan’ is probably one of the few songs about the difficulties of the weekend handover from one parent to another. These are balanced out by ‘Don’t Shut Me Down’ a song in which we imagine the narrator of one of their great breakup songs goes back to see their former lover in the home they once shared. There are no disco bangers on the album but this is the most uptempo number on the album.

Abba have said that this will be their final album. They really had nothing left to prove when they quietly went their separate ways nearly forty years ago, but the fact that we a) got another album at all; b) it’s as good as this and c) that it’s come along at a time in history when we need something that was an unexpected surprise as this are three little miracles that we need in 2021. It may not convert ABBA-sceptics or change the world.

But it’s a very good final chapter on the Abba story, with a number of songs that deserve to join their canon of perfect pop.