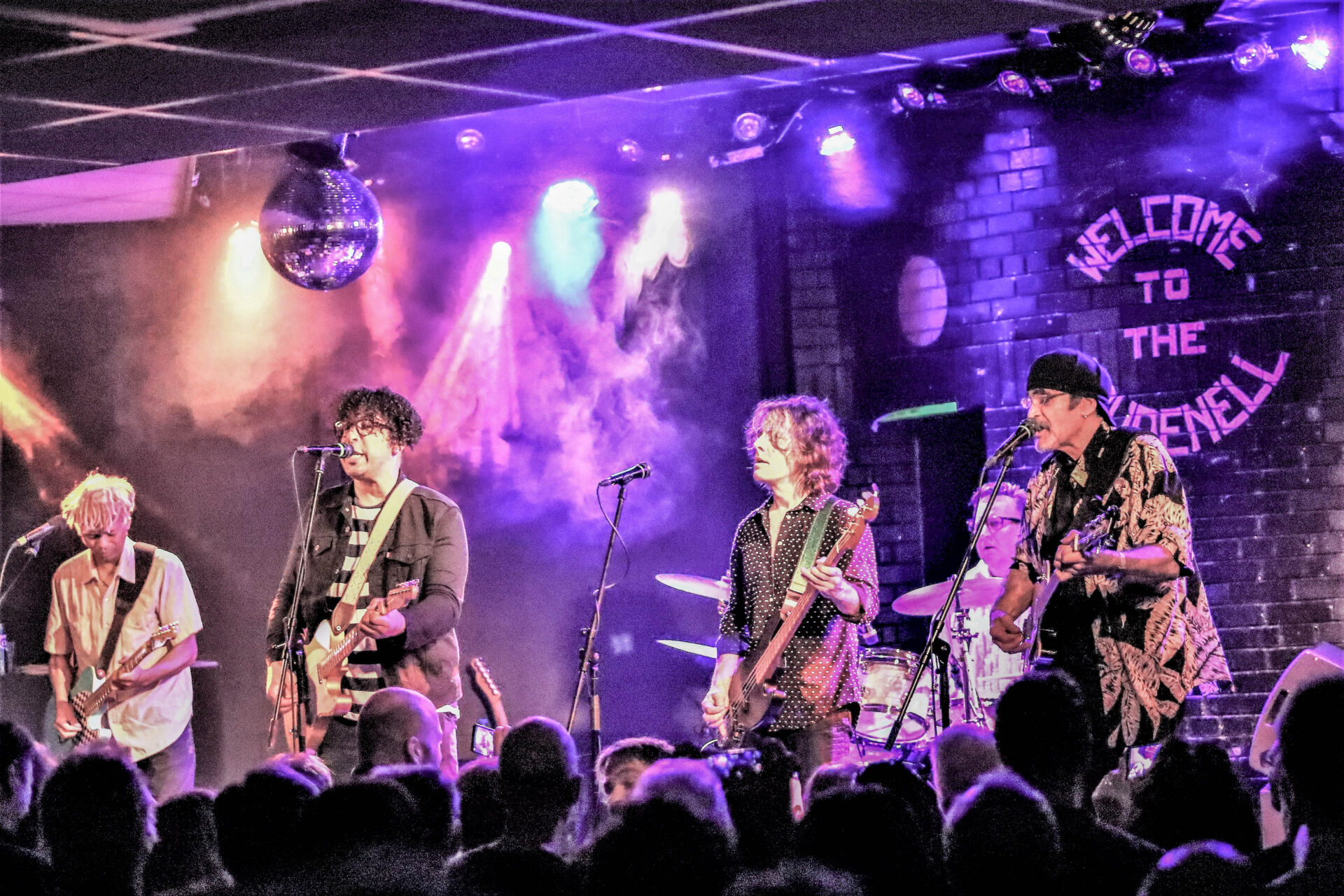 It is very hard to believe, but come the 3rd of August it will be exactly 13 years since Arthur Lee – he of the legendary Los Angeles rock band Love – left this earth. If we went back further in time to the 23rd of June 2005 and the Café du Nord in San Francisco we would then be talking about Arthur Lee’s last live appearance with Love.

On that occasion the five musicians who took to the stage with him were the four members of LA neo-psychedelic outfit Baby Lemonade – Rusty Squeezebox (guitar and vocals), Mike Randle (guitar), David Chapple (bass) and David Green (drums) who had been Lee’s backing band between mid-1993 and late 1996 when he was imprisoned for a firearms offence (under California’s notorious “three-strikes law”) and then again following his release from jail in December 2001 until that final show at the Café du Nord – plus Love’s co-founder and original lead guitarist, Johnny Echols. 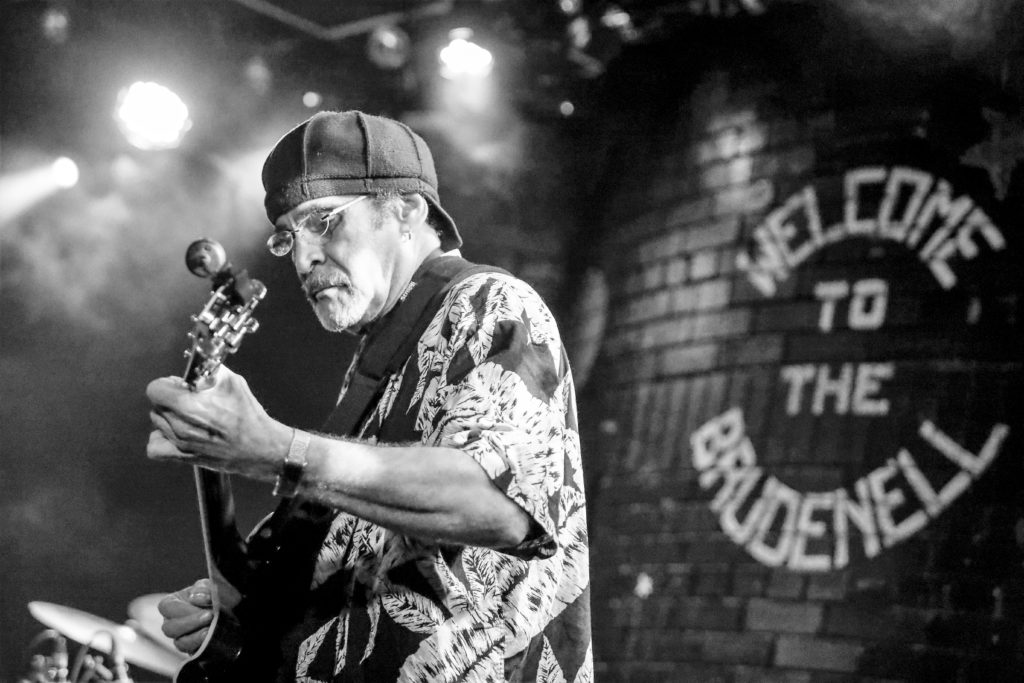 The LOVE Band featuring Johnny Echols are back here to play a series of eight dates in England and Scotland. Perhaps mindful of Echols’ advancing years (he is now 72), it is being billed as a farewell tour and last chance for UK audiences to celebrate the music of Arthur Lee and Love. Given the numbers who have packed into the Brudenell on this Monday night, there are clearly plenty of people who want to take advantage of that opportunity.

Johnny Echols played on Love’s first three studio albums – their self-titled debut and Da Capo, both of which were released in 1966, and Forever Changes from the following year. It is the last of these three records upon which Love’s reputation largely rests. Forever Changes is a masterpiece, a nigh on perfect recording that captured the shifting cultural and political sands of the band’s home country during that period. For all of its lush melodies, gorgeous orchestral arrangements and beautiful balladry, the songs’ lyrics speak of social isolation, exclusion and rumbling discontent. It was a wonderfully disturbing flip-side to the then Summer of Love yet still remains just as relevant in today’s turbulent times.

Tonight, we get Forever Changes in its entirety (all bar ‘The Good Humor Man He Sees Everything Like This’) with The LOVE band featuring Johnny Echols bookending their set with tracks from this exquisite album. They open with a coruscating ‘A House Is Not A Motel’, full of fuzz-toned guitar and unbridled intent, before ending with the epic valediction of ‘You Set The Scene’.

Between these two seismic staging posts, the band feature material from all of Love’s first three albums, as well as ‘Laughing Stock’ (the B-side to ‘Your Mind And We Belong Together’ and which John Peel famously played twice back-to-back on one of his early radio shows) and recent single ‘Are We OK?’, a song they had been working on prior to Arthur Lee’s premature death from leukaemia. 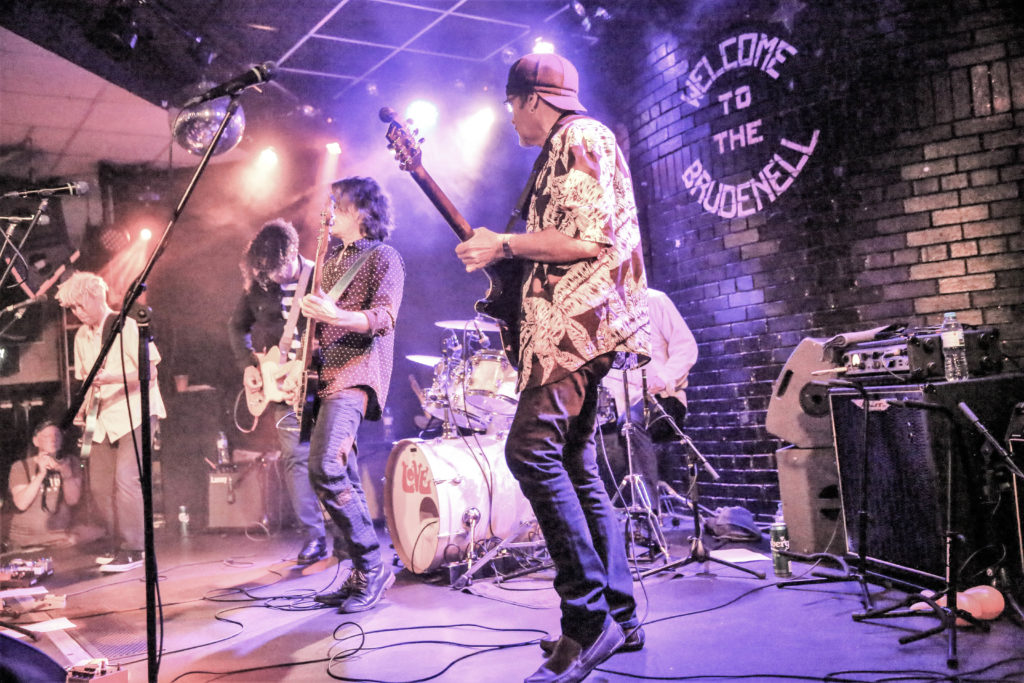 Rusty Squeezebox – who had earlier made an incognito cameo appearance on drums during support act Elk’s set – takes on the bulk of the lead vocal duties that would have otherwise been Lee’s. He isn’t Arthur Lee – let’s face it, nobody is – and these are the times when you do miss the great man the most, but Squeezebox’s voice does magnify much of the tension and mistrust that lies at the heart of many of these songs.

For Echols’ part, any suggestion of his physical demise is clearly exaggerated. Not only does he contribute suitably ravaged lead vocals to ‘A Message To Pretty’ and a most sinister ‘Signed D.C.’, but he also peels off two incredible guitar solos during a quite masterful ‘Your Mind And We Belong Together’ and ‘Signed D.C.’. It is an absolute honour and privilege to bear witness to this living legend.

Earlier local musician Joey Donnelly in his guise as Elk had battled on resolutely in the face of that incessant audience chatter which is invariably reserved for lesser-known support acts. His determination deserved reward and he duly won over many hearts and minds with a clutch of sparse, self-reflective songs – including ‘Seventeen’, ‘Something’ and ‘Stupid World’ from his recently released debut album, Beech – that owed much to the damaged universality of Sparklehorse’s greatly-missed Mark Linkous. 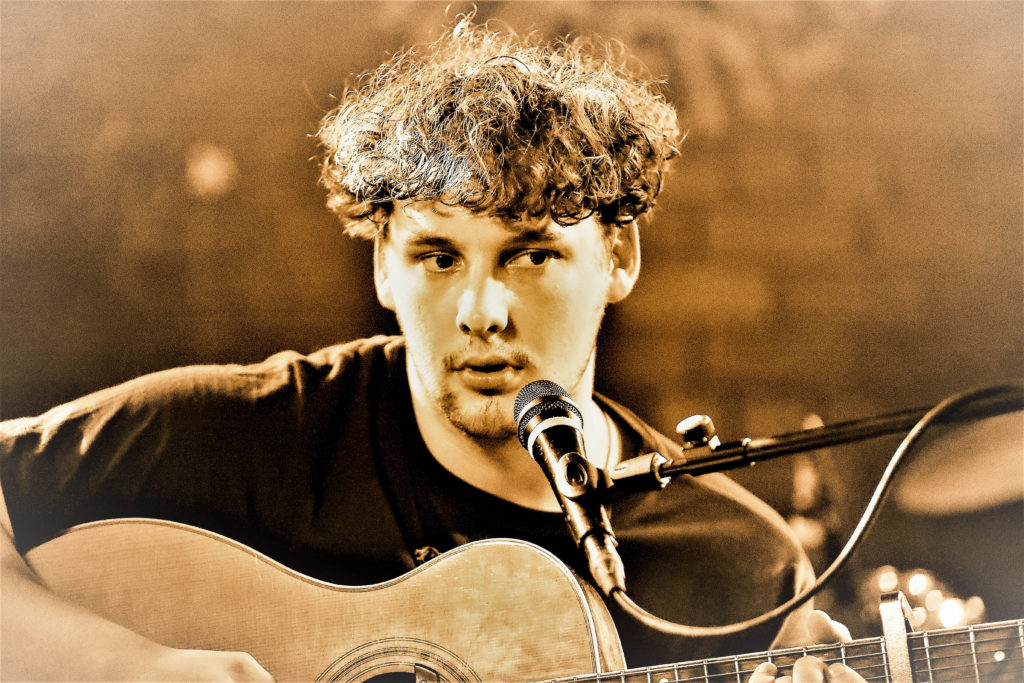 More photos of Elk can be found HERE