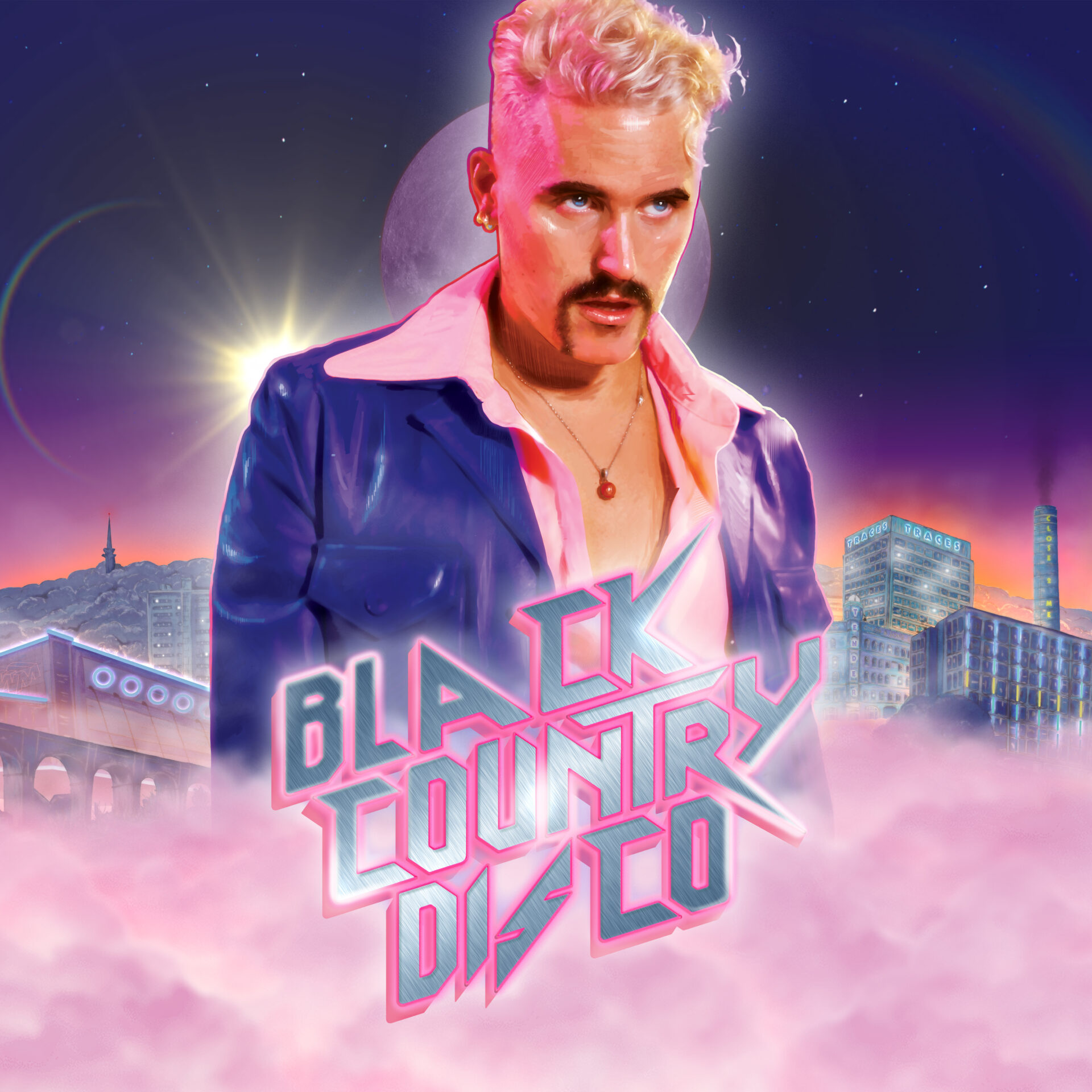 I first discovered Tom Aspaul almost a year ago with the release of his song ‘Traces‘ and I was instantly enamoured with the level of quality, the unique disco inspired vibe, and the visual aesthetics of the artwork that accompanied the song.  This was an artist who knew exactly who they were and what they were about, and they were serving it flawlessly for anyone who was keen to listen.  And so, I have been anticipating this album for a long time and expectations were severely high.

The album opens with ‘Black Country Intro‘, a soft opener that builds into the chorus of the second track ‘Close 2 Me‘, it’s a beautiful way of introducing the listener to the world of Tom Aspaul.  ‘Close 2 Me‘ is a funky ode to Aspaul’s lack of self-esteem with an earworm of a chorus that rings full of harmonies, beautiful backing vocals all calling attention to a feeling of imposter syndrome that many of us can relate to.

‘Carnelian‘ is a painfully sore account of jealousy and distrust disguised with rippling synths, a consistent bumping beat that pulls us through the heartache conveyed.  Once more, the chorus is delicious and there’s a level of undeniable polish and songwriting talent on display here.  ‘Tender‘ is the fourth track on the album and an absolute standout among a constellation of fantastic songs.  It feels like a continuation to ‘Carnelian‘ as it tells the tale of a breakup and the aftermath of the open wound left by a lost love.  The upbeat synth and drum combo are present here again and make the tough topic an easy listen, you can still connect with the pain but it’s not overbearing.  You can practically feel that this whole process was a therapeutic one for Aspaul as there’s so much hurt conveyed in the lyrics but filtered through the lens of feel-good disco music.

‘Traces‘, the first single from the album and for me, the song that started it all; it’s a brilliantly crafted song full to the brim with stunning harmonies, backing vocals, and another catchy chorus (just how does he do it?).  In the context of the album, it was the moment that the narrative clicked for me and I had my “aha!” moment.  From the first track, Aspaul has been telling the story of how a terrible breakup in London led him to move back to the West Midlands (Black Country) and how he found himself again.  It’s a beautiful story with the perfect soundtrack.

‘Euston‘ is the tipping point (and a terrible train station in London), it’s a short but sweet introduction and an important narrative beat that leads us back to the ‘W.M‘.  ‘W.M‘ is another one of the standout tracks rife with a disco vibe that romanticises self-love and the excitement of going out in a town you love when everything else feels empty.  The vocals on show here are some of the best on the album, raspy yet powerful, upbeat but tinged with sadness.

On my first listen when ‘Dead Already (Save Yourself)‘ reached the drop before the chorus, I jumped out of my seat and audibly gasped.  It was such a cathartic sequence of music with a message behind it that truly affected me in an unexpected way.  The song itself is a tropical-inspired beat, considerably less disco than the rest of the album (it’s still there, but muted) and it’s a nice breather that gives space to the other tracks while standing on its own merits, and after 7 songs tinged with sadness it’s supremely cathartic to hear “you’ve got to save yourself”.

We spring straight into ‘01902‘ with an infectious club beat that wouldn’t sound out of place on Madonna, Lady Gaga, or Kylie’s best albums but the only person who could have made this song is Tom Aspaul and it has his signature stamp all over it.  A perfect blend of disco and emotion that we’ve grown accustomed to.   “Would you like to live deliciously?” he beckons to a late night hook up, or to the VVitch, I’m not sure?  But I’d like to.  It’s a sultry anthem for those who are ready to move on from their baggage and the perfect way to close out the story on a high note.

The last track on the album ‘Black Country Disco‘ feels like the credits rolling on a fantastical joy ride through a painful chapter of someone’s life, it’s upbeat with a positive outlook and it’s the kind of happiness that has to be earned, and earn it he did.

Overall, I don’t have a bad word to say about this album.  It made me smile, it made me cry, it made me dance and it did it all while being polished with stunning attention to detail and a beautiful art style.  It even managed to tell a cohesive story with no filler tracks in sight.  The tracks make perfect sense in sequence but they are also each strong enough to stand on their own merits.  This may be my album of the year.  Please do yourselves a favour and listen to it.