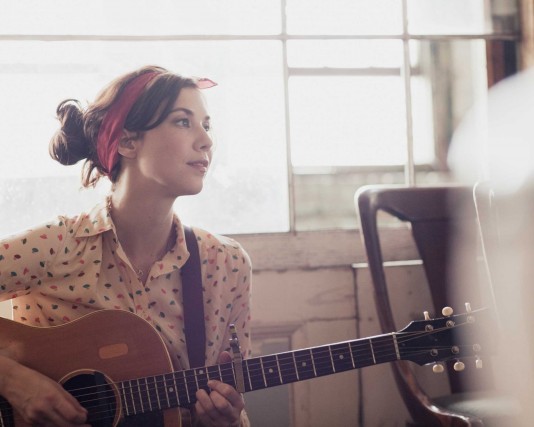 Lisa Hannigan has announced a tour supporting Richard Hawley and plans for the third single from her stunning sophomore record, ‘Passenger’. The title track will be released on September 10 (Hoop Records / PIAS), and is the next milestone in a prolific year for Lisa; one that’s included a Choice Music Prize nomination, breakthrough spots on the likes of ‘The Tonight Show With Jay Leno’ alongside two extensive US tours, and sell-out shows at London’s Queen Elizabeth Hall, Shepherds Bush Empire and Dublin’s Iveagh Gardens. Accompanying the release of the single, Lisa has also recently announced an autumn tour of the United Kingdom with Richard Hawley, culminating in an O2 Academy Brixton show on October 3.

‘Passenger’ is an uplifting taste of escapism from Hannigan, starting out with little more than ukulele and vocals, but building to a beautiful blend of strings, horns and sun-kissed harmonies. Name-checking Salt Lake, Texas, Phoenix and Arizona – amongst others – it is a fitting reflection on an album written about everything you take with you when you travel, encompassing emotional journeys as much as physical ones (“we came upon Ohio / I have you chewed on like a biro / Your are a sum I am no closer to deciphering”).

‘Passenger’ was produced by US legend Joe Henry (Solomon Burke, Loudon Wainwright) after a hook-up in Pasadena, before recording for the full record took place in Wales. “He’s a proper Southern gent” describes Hannigan. “We got the train out to him from L.A, and as we alighted, he crossed the tracks to meet us. He was in one of those proper old American villages that has a hardware store and bakery and a butcher –not like anywhere that exists any more. We shook hands and that sealed the deal.”

For Hannigan – born in County Meath – the journey of her ‘Passenger’ project has taken her further still on her artistic travels. It completes the personal outing that saw Lisa exit her seven-year collaborator Damien Rice and make her first steps as a solo artist (see the Mercury-nominated ‘Sea Sew’). A darker and altogether more personal offering, ‘Passenger’ is themed around “those loves, heartbreaks, confusions and friendships that we take with us through life, over years and continents, enduring the passage of time.” And it’s all there to be heard – from the rain-lashed, ivory-poundings of opening track ‘Home’ to the idyll days of former love described in ‘Paper House’(“Oh you know what you are to me / and you know you will always be”). Having made her name singing co-vocals, Lisa has since turned the tables on the gorgeous ‘O Sleep’, inviting old friend Ray LaMontagne to guest. The result is a record that has proven beyond doubt that Lisa Hannigan is a passenger no more.