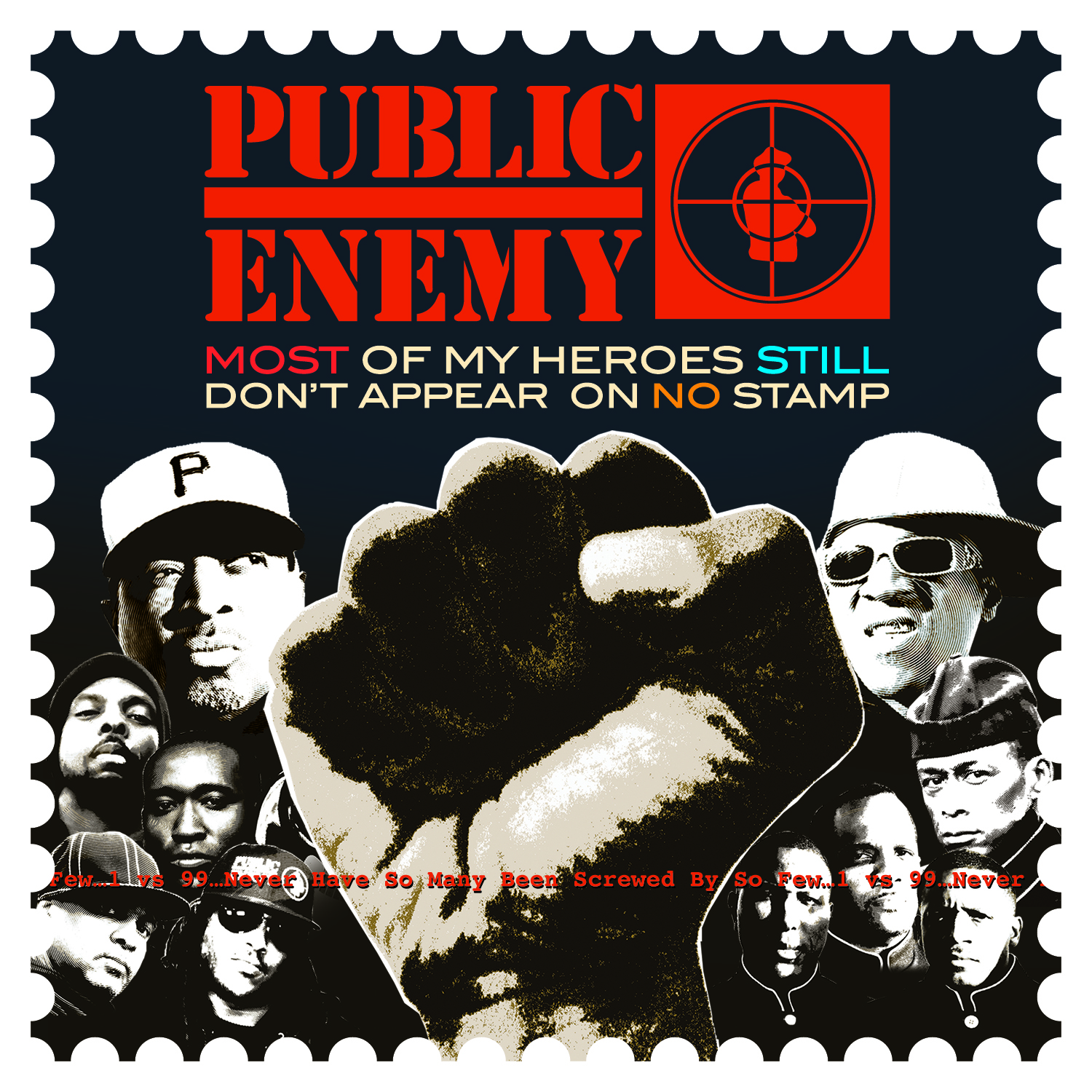 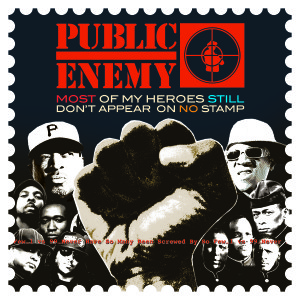 In early 2012, Public Enemy kicked off their 25th anniversary by staging a free concert in downtown Los Angeles’ notorious Skid Row. Just a few blocks away at the Grammy Museum, a special exhibit was being installed in their honor. No other group could possibly mark a career milestone quite like this. Every bit as compelling as their startling first single, “Public Enemy #1,” when it was released in 1987, Public Enemy have never stopped urging to fight the power as their artistry meets with unwavering critical acclaim and legions of worldwide fans, including those who drove their single “Harder Than You Think” into the UK’s Top 5 this summer.

Delivering socio-political messages that give voice to those who have long been ignored, unafraid to question institutional injustices, and challenging both leaders and laymen alike to work for change, Public Enemy do so with an intensity, eloquence and depth that few can match. Co-founder Chuck D’s deep and resolute vocals implore and scold at once while Flavor Flav’s euphoric delivery delights a crowd like no other hypeman can, cleverly dispensing wisdom disguised in a good time. The combination is an unlikely explosion of entertainment that feeds your mind and soul.

1)Why did you want to release 2 albums and why release them three months apart, between July and October?

I wanted to introduce the world to our technology of Spit Digital – the world’s first urban aggregator into digital stores. Public Enemy was amongst the first to go into MP3 technology to deliver albums back in 1999. With Spit digital we give artists label tools, encouraging the artist to take control of their own destiny. You make your time, you make your plan and don’t go to what the industry says it should be. So the two albums is an artistic and musical statement that is not based on business and industry and corporations’ way of looking at things.

2) What do you think is the future of digital music and where can you see it going?

– The future of digital music is here to stay, it has a long life. I am a big fan of Jac Holzman who was the founder of Elektra Records. He predicted that when the major labels screwed up and didn’t embrace Napster and technology. That would have allowed them to have the smartest hold on what a single should be since they came up with the 45 RPM, but they didn’t do that and it caused a myriad of all kinds of problems around them. The future of digital music is inevitable, I am able to carry my music around with me in the palm of my hand, 10,000 songs. That will tell you the future of music will be in the future of technology of music in a digital form and it’s going to be an unbelievable way of connecting everybody better than ever before.

3) Do you think hip-hop is becoming overproduced these days, especially with vinyl making a bit of a come back, particularly in the UK?

4) Do you think in some ways that hip-hop is becoming victim of its own success and that there are too few rappers taking political stances and challenging the system and seem to be concerning themselves more with consumerism and sex?

5) Public Enemy’s music tapped into all generations, people from all walks of life, people from so many different backgrounds, what is it about your music that you think people related to all over the world?

– Well, we always had the international connection of truth, people flock to the truth, they flock to a different story sometimes. If they have doubts in their hearts and their minds about what they hear, about what’s been put forward in front of their faces, if they have doubts then that’s the truth, then they’re going to search for another story. And that’s the same with music.

6) I wanted to ask you about the song ‘Harder Than You Think’ that was used for the channel 4 Paralympics ad over here. It was a very powerful advert in the UK and that was mainly due to the song. What’s were your thoughts in allowing them to use it, did you like the concept, what was behind it the decision?

– I like the concept, it was a noble cause. There was an explosion with that song people were like “wow, this song” but you know, it’s the same song we had five years ago. So it doesn’t show that Public Enemy is back, or anything like that, the music supervisor made that possible just like Spike Lee did with Fight the Power in 1989. So we appreciate it and we’re very thankful for the uses of our songs because we don’t get radio and all these other things, record company politics don’t work for us so I know that it was radio structures over there that just kind of wished that that song would go away (laughs). It became unconventional.

The song gets good radio play over here in the UK especially from the likes of BBC6 music, so I think it reached a whole new crowd of people as well.

– We really appreciate it, it’s really funny because when we came out with the album ‘How You Sell Soul to a Soulless People Who Sold Their Soul’ it was the lead single and radio stations didn’t even wink at it once. But when Public Enemy performed it, it became one of our best ‘performing’ records so we always kept it in our set.

– If I had to name people like Nina Simone and Harry Belafonte that goes without saying. Belafonte especially is a great hero. Heroes today will be people like KRS One, Arrested Development, MC Lyte, those are stand up people.

8) Absolutely, and who are you listening to at the moment?

Is there anybody who particularly stands out to you in the hip-hop scene at the moment?

Brother Ali, Cormega – they guest star on our album so I’m going to give them props first. Bumpy Knuckles aka Freddie Foxxx too. And we introduced on the second album, Enemy Son which are actually the sons of Public Enemy

9) Final question – Public Enemy has done and achieved so much, what do you hope Public enemy’s legacy is in the years to come?

That we always strove to be groundbreaking and revolutionary, with the music, the sights, the sounds regardless of what the industry said.

And finally you’re coming over to the UK in October what dates are you playing?

Will be playing Brighton 29th Oct, Bristol and then the Freeze Festival.