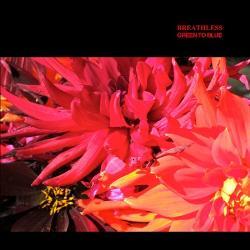 Dominic Appleton, Breathless’ lead vocalist has been described as Ivo Watts-Russell (4AD supremo and the man behind the utterly fabulous This Mortal Coil albums) as being his favourite living vocalist. Though the record isn’t on 4AD, there is definitely something of the 4AD aesthetic about this album.

It’s a beautiful record, melancholic and awash with love and loss. The thing is, despite many plus points, overall this album (even split into two CDs) is a bit much too take in one sitting. It shimmers, it’s stylish-and yet it somehow feels more like an album to be admired than one I can really fall in love with, and believe me I have tried.

There are some great tracks here – ‘Please Be Happy’ and ‘Rain Down Now’ – for example, but on far too many tracks I had to fight the urge to forward it on.

Green To Blue is released on November 26 on Tenor Vossa.