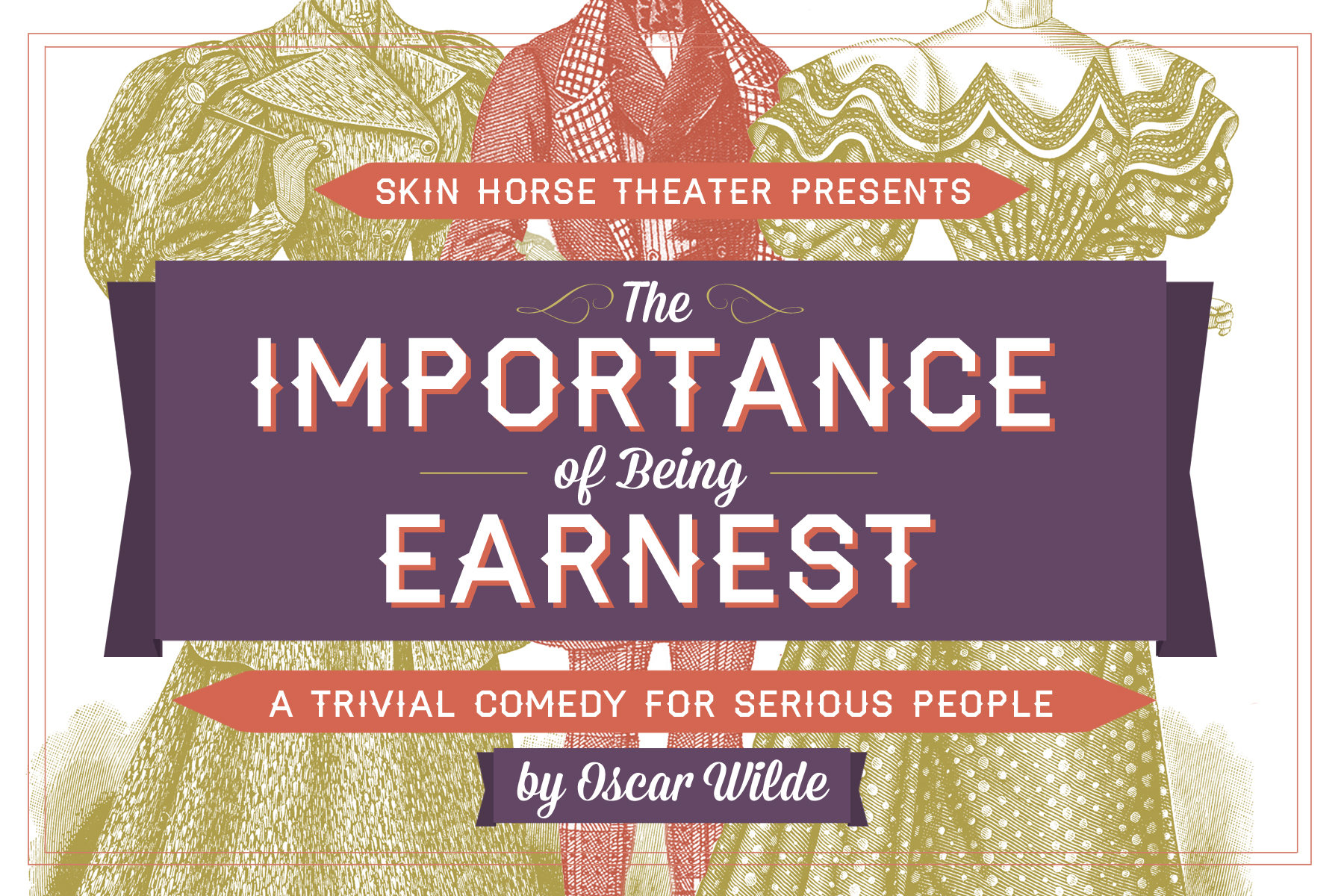 In Katrina’s wake many young professionals, especially in the creative field, have made New Orleans (temporarily) home. It’s often not clear whether the newcomers are committed to the city or see it as a way to easily and cheaply pad their resumes before moving on. But there is no denying they have breathed new life into the city’s cultural scene and moved it away from mere tourist entertainment or rehashing the past.

Skin Horse Theatre, a three-year old experimental theatre company was founded at the prestigious Bard College by four graduates before moving to New Orleans. Skin Horse has been steadily producing plays of wildly varying nature, often in the many semi-abandoned spaces that still dot the Bywater neighbourhood, the epicentre of the ‘new’ New Orleans scene and privy to some of Katrina’s worst flooding.
For their latest performance they tackled one of theatre’s sacred cows, Oscar Wilde’s ‘The Importance of Being Earnest’, at the Contemporary Arts Centre for a three week run. Their goal: to reinvent the piece and breathe new life into it.

It turns out, that as with any ‘classic’ piece of art, the more you strip away its layers of convention, the more it reverts to it true self. And so this production of ‘Earnest’ does not feel so much like a ‘reinvention’ as a reaffirmation of why it became a classic in the first place. The dialogue is razor sharp and lightning fast, the timing impeccable. The plot, ridiculous as it is, is delightfully twisted and entertaining and the characters are lovably eccentric.

The Skin Horse stamp is most obvious in the production’s visual style. The beautiful stage set, designed by Veronica Hunsinger Loe , Nat Kusinitz and Veronica’s mom Kathleen Loe, looks like deconstructed Victorian scenery , simple and utilitarian in design, hand painted in colourful and exquisite detail, with a nod to 60s psychedelia.

The costumes, designed by Hunsinger Loe are fantastic, true to the dress style of the time and completing the transformation of the stage into a Victorian fantasy world with touches of boho hipsterism. The use of the Smiths as intermission music seems odd until you realize Morrissey is a known Oscar Wilde devotee.

As theatre goers enter, Samuel Mood as the waiter cleans up the mess of what must have been a pretty eventful party judging from the broken glass lying around. We’re in the home of Algernon (‘Algie’ ) Moncrieff, played with uncanny detachment by Brian Fabry Dorsam. He is paid a visit by his friend, the continuously exasperated Jack Worthing, played with comedic abandon by Nat Kusinitz. It turns out both friends have invented fictional characters to cover up their indiscretions, Jack a brother ‘Earnest’ and Algie an invalid friend ‘Bunbury’. Both Algie and Jack are young men of means and leisure, their main activity being the pursuit of pleasure. Jack is determined to ask the hand of GwendolynFairfax, Algie’s cousin. Dorsam and Kucinitz play off each other well, delivering Wilde’s flowery and witty dialogue with ease and assurance.

But it’s only when Lady Bracknell (Lynae Leblanc ) and her daughter Gwendolyn Fairfax ( Veronica Hunsinger-Loe) enter Algie’s house and the stage, that sparks start to fly. Leblanc plays a brilliant Lady Bracknell, fiercely rolling her eyes and her R’s, delivering sermons to the audience that inevitably start with ‘it is my belief that…’ in a singsong voice and a pompous arrogance that’s so over the top you can’t help but smile.

But it is Hunsinger-Loe who steals the scene as the smouldering Gwendolyn. Throughout the play she walks a tightrope act between over the top drama queen and relentless sarcasm without stumbling once. The way she flirts with the hapless Jack is priceless, smiling, pouting, staring deep into his eyes, then breathlessly accepting a cup of tea as if it were the most precious gift in the world.

Next is the garden scene, one of my favourites. The scenery is a nod to Alice in Wonderland and I almost expect a rabbit in a hat to jump out from behind the painted rosebushes. We meet Jack’s ‘ward’: his niece Cecily Cardew (Lucy Faust). She’s been fascinated by Jack’s phantom brother for months and when Algie shows up pretending to be Earnest the two fall madly in love. We also meet Miss Prism , played wonderfully by Rebecca Chapman, Cecily’s instructor who secretly pines for Reverend Canon Chasuble, an almost Monty Python-esque performance by Dylan Hunter.

Perhaps though, my favourite part of the play is the interaction between Cecily and Gwendolyn in this scene. They start out as the best of friends ( even though they’ve only just met ) UNTIL…they find out they’re both engaged to Earnest, at which point they become bitter enemies, only to find out they’ve both been duped, at which point they become sisters in distress. Once again Hunsinger-Loe shines, honing Gwendolyn’s sarcasm to a razor’s edge as she proclaims with a sugary sweet smile ‘there appears to be a… slight misunderstanding’…

The Skin Horse production of ‘The Importance of Being Earnest’ is well designed and directed, has lots of -especially-visual creativity, and wonderful acting. It will not drastically challenge your outlook on life nor shake up your preconceived notions about art too much, but you’re guaranteed to leave the theatre with a smile on your face, humming the Smiths’ “Ask me, ask me, ask me…”