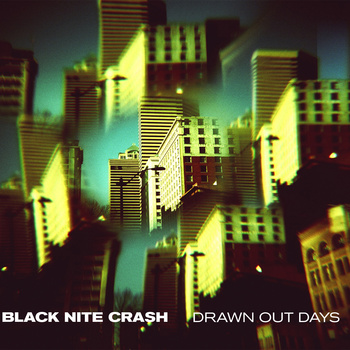 Ride have become one of the most influential shoegaze bands and their final single was ‘Black Nite Crash’.  Today’s band have adopted that name and, as you might expect, have also borrowed something from Ride’s sound.  They do pack a much more powerful punch though than their predecessors and a contemporary comparator would be A Place To Bury Strangers.  If that all sounds of interest to you, then further your intrigue right here.  The track comes from the band’s second album, ‘Drawn Out Days’, which came out earlier this year.