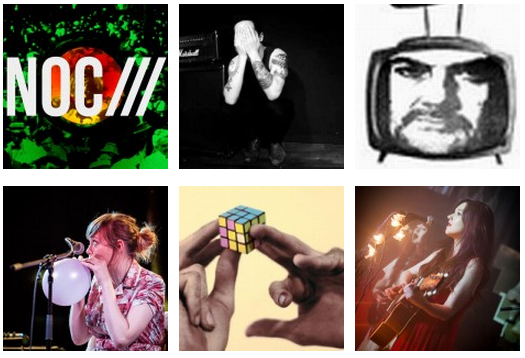 Wow, this has turned out a really interesting exercise. There was a fair amount of debate about exactly what we should be doing – giving cast iron tips for the top, even if we don’t like them? Sod that, you can get that from hype machine. Or allowing personal preference to try and dictate taste? Why yes, let’s go for dictatorship! So with a modicum of sense, this is part 3 of who we would love to see do well next year, and more than that, who we actually believe can make that next step up, whether that’s from playing £50 gigs, getting that big break support tour, whatever. 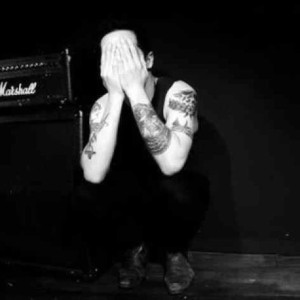 There really aren’t that many UK bands that cater to those of us in love with the twitching, teenage Americana radio sound of bands like The Replacements and The Hold Steady nor for those who like a little whisky with their heartbreak a la Lucero. Those that do try it are often doomed to fail – inauthenticity, misguided ‘homages’ and a tendency towards the trite and cliched swiftly put paid to any band’s attempts to be ‘the British… (insert band name here)’. So what if we had a band that captured the spirit of those none-more yankee backseat late-night highs perfectly but were also willing to talk us through not only the following morning’s comedown but also the harsh realities of the rest of the day as the nature of pleasure proves itself fleeting once more? Well then we’d have Sweetheart Contract – a band as au fait with the Smiths back catalogue as they are with the Descendents, as delicate as a Kate Bush ballad on one hand, as hard as a Gun Club stormer on the other. They’re pretty damn good. Recent shows have seen vocalist Dexy K as much in the crowd as on the stage and this audience connection seems set to continue wand develop exponentially as songs as wildly tuneful and stylistically diverse as the broken balladeering of ‘Your Fucking Move’ and the driving, Big Star-like ‘Summer Heist’ begin to populate a set that is already beginning to sound stronger than some bands’ greatest hits records. And they’re STILL yet to officially release a single note of music, the teasing bastards. Get down the front and get in love. (Michael James Hall) 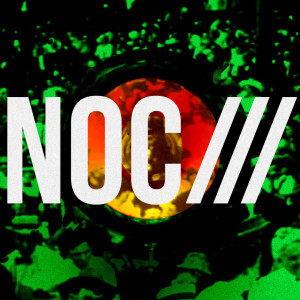 The haunting melancholic falscettos and spooky synth textures of Manchester’s No Ceremony///  ‘DELIVERUS’  made the mysteriously anonymous Manchester three piece (one girl and two boys) who were ‘the most blogged about’ acts’on the internet at the tail end of last year without having even played a gig . DELIVERSUS’s glorious video accompaniment gave us a peek into No Ceremony///’s grand potential, one which laid bare the shivering human condition decorated by minimal imagery and artwork of war; past struggles of a working class that no longer exist. Throughout 2012 they’ve released a series of free tracks that have unveiled their craft further, their happy knack of lacing electronic music with organic instrumentals and affecting melodies. From the driving pianos and electronic textures of  ‘Hurtlove’ (laced with inventive vocal trickery),  via the Everything But The Girl-like abrasive squelch of the female led ‘Heartbreaker’ , right on through to the affecting ripples of the otherworldly ‘Feelslow’,  sounding like the comedown to a particularly brutal night of rejection. It’s No Ceremony’s ability to craft utterly futuristic music that blurs the line between downtempo, dubstep and dance music whilst implanting it with a thudding heart that leads many to hope that this Manchester outfit won’t quite be the damp squib that many felt WU LYF were when they finally showed their full hand. Having finally played their first shows this year, they appeared in masks reiterating that No Ceremony///will continue to let the music do the talking. It emphatically does…. (Bill Cummings) 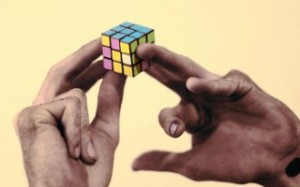 With a moniker borrowed from Japanese folklore, and a exotic cooked-up sound, the Liverpool quartet cast their net wide and far for inspirations. Omnivorous and experimental throughout, their burgeoning EP’s Ghost Ride The Whip and Slept And Did Not Sleep, traverses Afrobeat, 80s art school pop, Eno & Fripp-esque ambient vistas, and surf twanged psychedelia to produce a surprisingly modern take on the polyrhythmic indie formula. Ambiguous and enigmatic, their descriptive suites organically take shape, moving effortlessly between visceral instrumentals and break-out maths-rock paeans. Ninetails look set to become one of 2013’s most classy and critically heralded acts, despite scant promotion and a reliance on word-of-mouth. (Dominic Valvona) 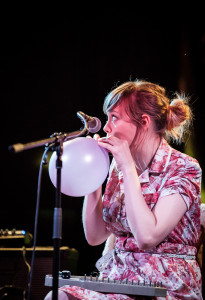 There were 7 tracks on Woodpecker Wooliams‘ record ‘The Bird School Of Being Human’ and it had us debating whether in fact it was an album. My opinion? Ooh yes, anything as cohesive as this, with such vision, it surely qualifies. I could go on about it’s many levels. About how it purports to be observations of avians attempting to be human. About the way that birds are used as cyphers and escape devices – literal flight behaviour (sorry, I once went to college). Or about how this is possibly at one and the same time the most tender and most savage indictment of the nasty things that get done to people in relationships,  turning them into ‘victims’. Or about how Woodpecker Gemma has turned harps on their head, and is threatening to brutalise them further if she has her way in 2013? This is about as far from Newsome-type tweeness as you can get, and in the end it’s enough to say that laying aside all the intellectual appeal, this just ‘had’ us – more than one of us as it happens – from the off.

Then we got to see Gemma on the road with her ‘Mr. Woodpecker’ and a cold, dark night in Manchester turned into an enchanting and enthralling experience, rougher than the record and all the more compelling for seeing it built there in front of our eyes.

Lots of artists might rest a little on their laurels at this point, but oh no, Gemma is already planning her next escapades, building one harp especially for the project and literally destroying others in the name of art. We simply can’t wait 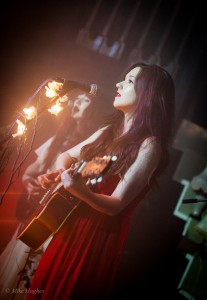 For too long we’ve gagged on Liverpool’s supposed musical heritage. Or at least I have, so shoot me. And then all of a sudden, there’s a small knot of bands coming out of Merseyside that really do defy even my well rooted cynicism. It’s been a huge year for Stealing Sheep, and Death At Sea are currently maximising well picked support slots. The band though that I’ve firmly got my eye on are Bird, from ‘over the water’ on the Wirral. They’ve had a possibly painfully line-up re-shuffle early this year, and since then have gone from strength to strength, driving through the night to get their faces seen in venues from London to the far north.
Apropos of nothing, I used to be mates with a lad who’d played international football and he told me that to make it, you foremost had to be a total grafter and always be in the right place at the right time, all this AS WELL AS having all the talent. Bird utterly get the medal for grafting right now. It’s therefore just as well that the music, the haunting close harmonies, feeling as pre-Raphaelite as anything in the art gallery down the road, gets more and more compulsive with every listen.
It’s not just us, anyone from credible bloggers to the Guardian are on Bird’s case right now.
(Mike Hughes)
______________________________________________