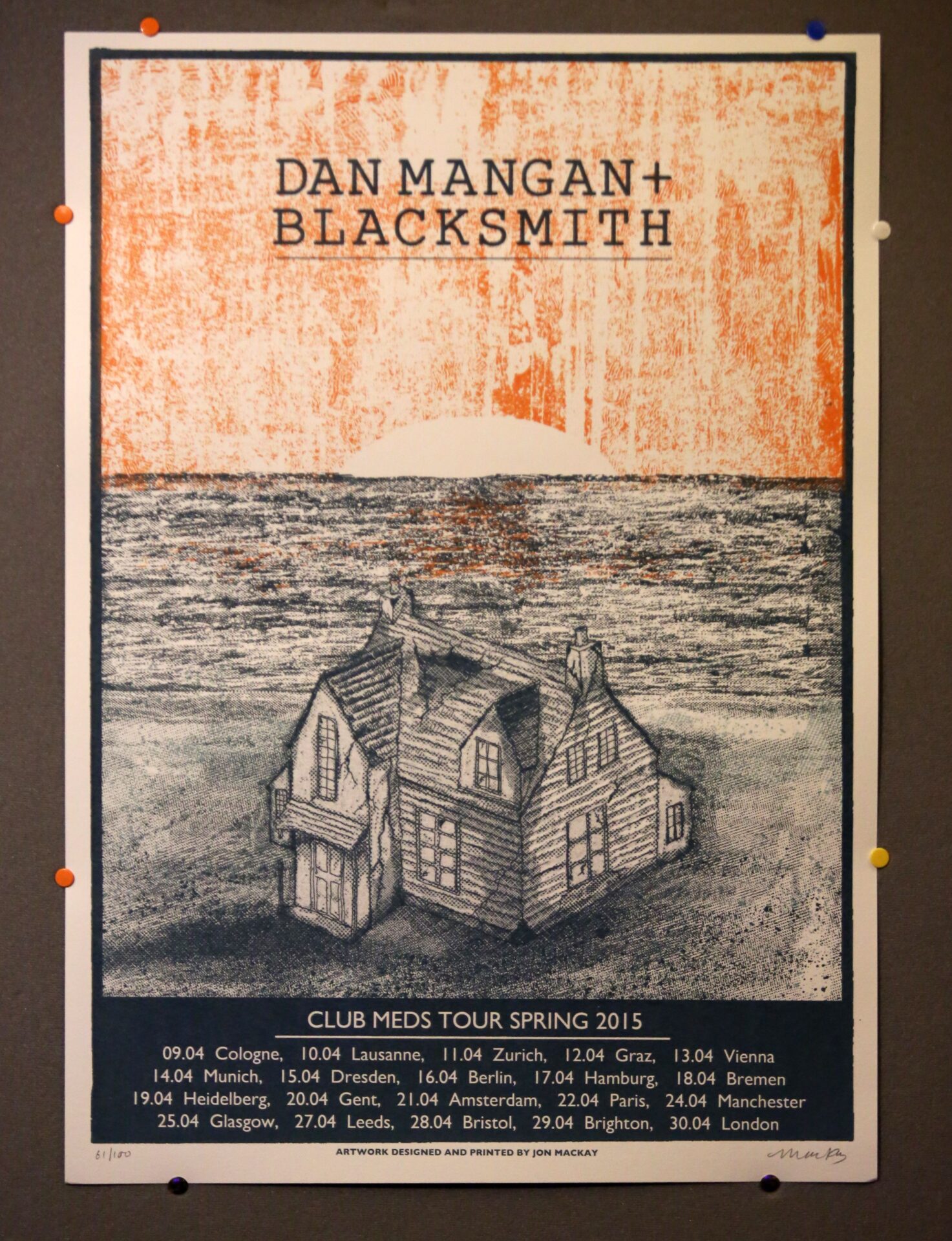 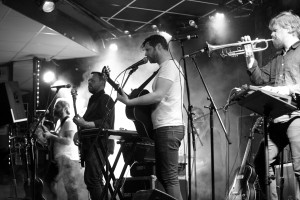 Running about an hour behind schedule – a delay caused by earlier soundcheck problems – Dan Mangan apologises for the increasing lateness of the hour. As the clock nears midnight, he dispenses with the traditional encore formalities of first leaving and then coming back on stage. Shedding his second skin of Blacksmith the Vancouver-based singer-songwriter pours every bit of his heart and soul into an impassioned, bruised reading of ‘Basket’ before the full ensemble reconvene for an uplifting valedictory march through ‘Sold’. It matters little what time it is because music this powerful just defies age and sleep.

A celebrated musician in his own right, Dan Mangan began recording under his own name back in 2003. Last year, and a handful of EPs and solo albums further down the line, he officially joined forces with a bunch of musicians with whom he had collaborated over the years. Rebranding as Dan Mangan + Blacksmith the collective released their debut album earlier on this year and promptly went out on the Club Meds tour in honour of the record’s name.

As they approach the final stages of the European leg of this jaunt, the band are 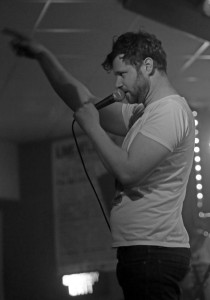 showing no signs of weariness. Despite not having slept in their own beds in recent memory, they tear through a set bursting with energy and imagination. Splitting the 14 songs they play tonight almost equally over Club Meds and Mangan’s previous two solo albums – 2009’s Nice, Nice, Very Nice and Oh Fortune from two years later – Dan Mangan + Blacksmith are at the peak of their performing powers.

Opening with first ‘Offred’ and then ‘Vessel’ from Club Meds, Mangan alongside Gordon Grdina on guitar, trumpeter JP Carter and John Walsh and Kenton Loewen on bass and drums respectively add even greater muscle, definition and dimension to the studio recordings. The songs come alive in concert. Layer upon layer of dense, textured sound – all surging guitars, complex rhythm patterns and Carter’s quite majestic treated trumpet – are reminiscent of Grizzly Bear and even Radiohead, yet on the glorious ‘Mouthpiece’ with its impeccable four-part harmonies it is their fellow Canadians in The Band who are brought most readily to mind.

Resting easily alongside the newer material are Oh Fortune’s ‘Leaves, Trees, Forest’ and the progressive-punk thrash of ‘Post-War Blues’ – neatly bisected by Loewen’s startling drum solo – and the artistic stoicism of ‘Road Regrets’ where Mangan reflects upon the margins between success and failure. But it is fittingly to Club Meds that Dan Mangan + Blacksmith finally return as they put their collective foot on the creative gas, soaring inexorably towards a stirring climax of ‘Kitsch’ and the album’s closing track ‘New Skies’. Welcome to the late show, the show that never ends.

The tour continues at: