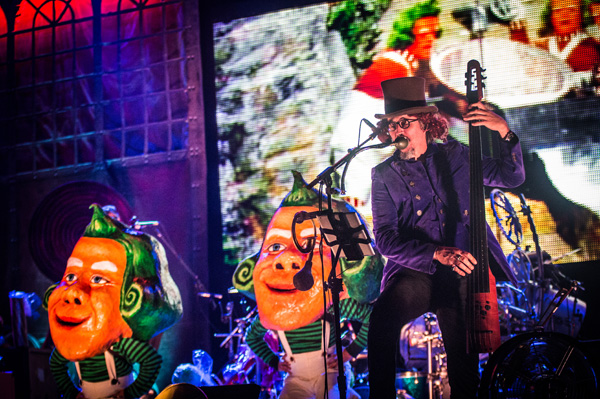 There are bands who have genres, there are bands who are part of scenes, movements, styles, and then there is Primus. Resolutely ploughing their own furrow since 1984, they’ve returned to these shores with ‘The Funghi Ensemble’ in tow to perform their ‘bastardized’ version of ‘Willie Wonka and the Chocolate Factory’.

If that doesn’t sound esoteric enough, the opening act is, well, themselves. Playing a set with all the muted lighting usually afforded an opener, they bang through fan favourites such as ‘Wynona’s Big Brown Beaver’, ‘My name is mud’ and ‘Jerry was a race car driver’. Les Claypools’ uniquely percussive rubber style of bass playing governs the set, his every movement seems borrowed from Monty Pythons’ ‘Ministry of silly walks’ and his singing voice is not a million miles from Elmer Fudd. It’s a package solidly backed by original members Tim Alexander (drums) and Larry LaLonde (Guitar). 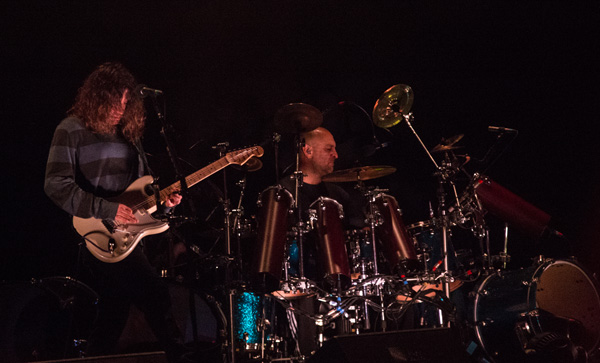 LaLonde’s solos are wonderful, taking the key of the song and resolutely walking off in the other direction. It sounds on paper like a dog’s dinner but the result is unlike anything you’ve ever heard.

After a brief interlude they return for the main course, ‘Charlie and the Chocolate Factory’; all the songs from the 1971 original are presented in their own style, backed by masked Cello and xylophone players, who taken gleeful turns in soloing in the most frenetic way possible on the most un rock n’roll of instruments. The production is backed by clips from the movie, giant mushrooms and of course, Oompah Loompahs. 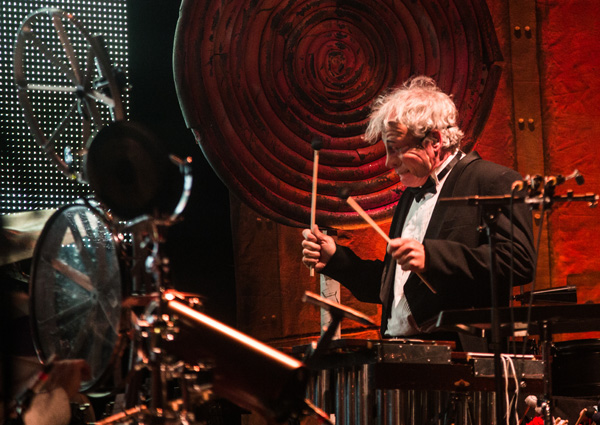 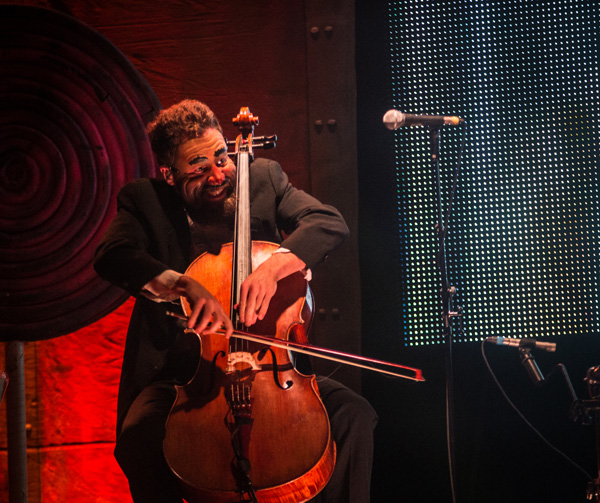 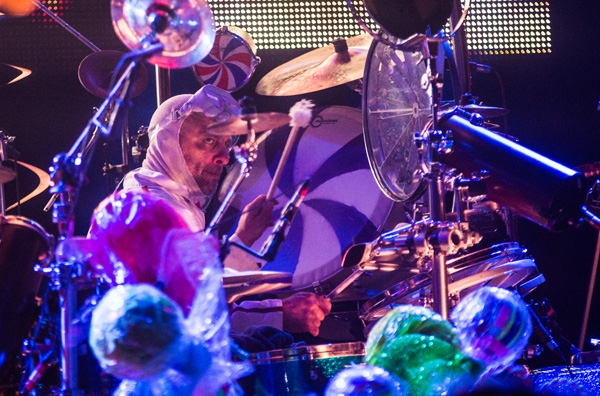 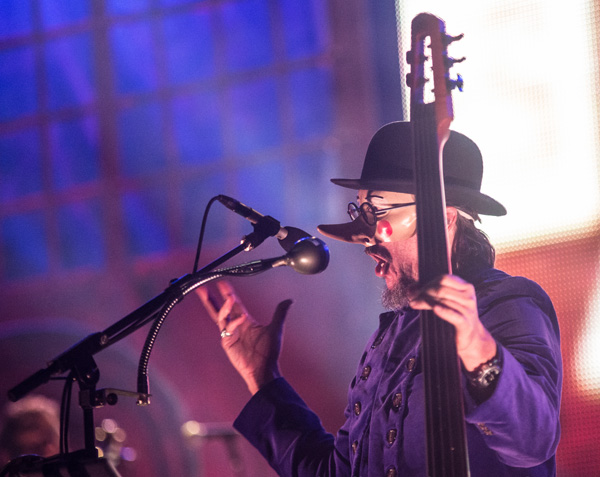 The encore returns to Primus material for ‘Too many puppies’, an elongated jam on ‘Southbound Pachyderm’ and a farewell of ‘Here come the Bastards’. No grand gestures, no waving to the balcony, Les Claypool merely downs his bass and exits stage right, happy to let the music do the talking. 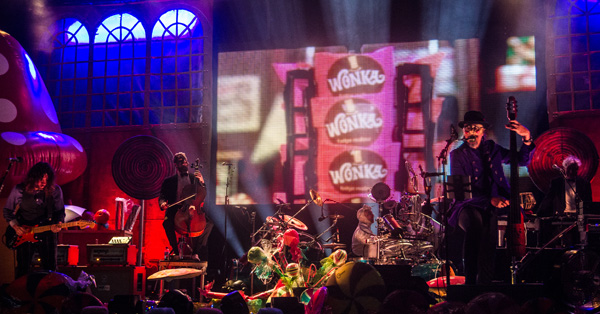 Find out more about Primus here