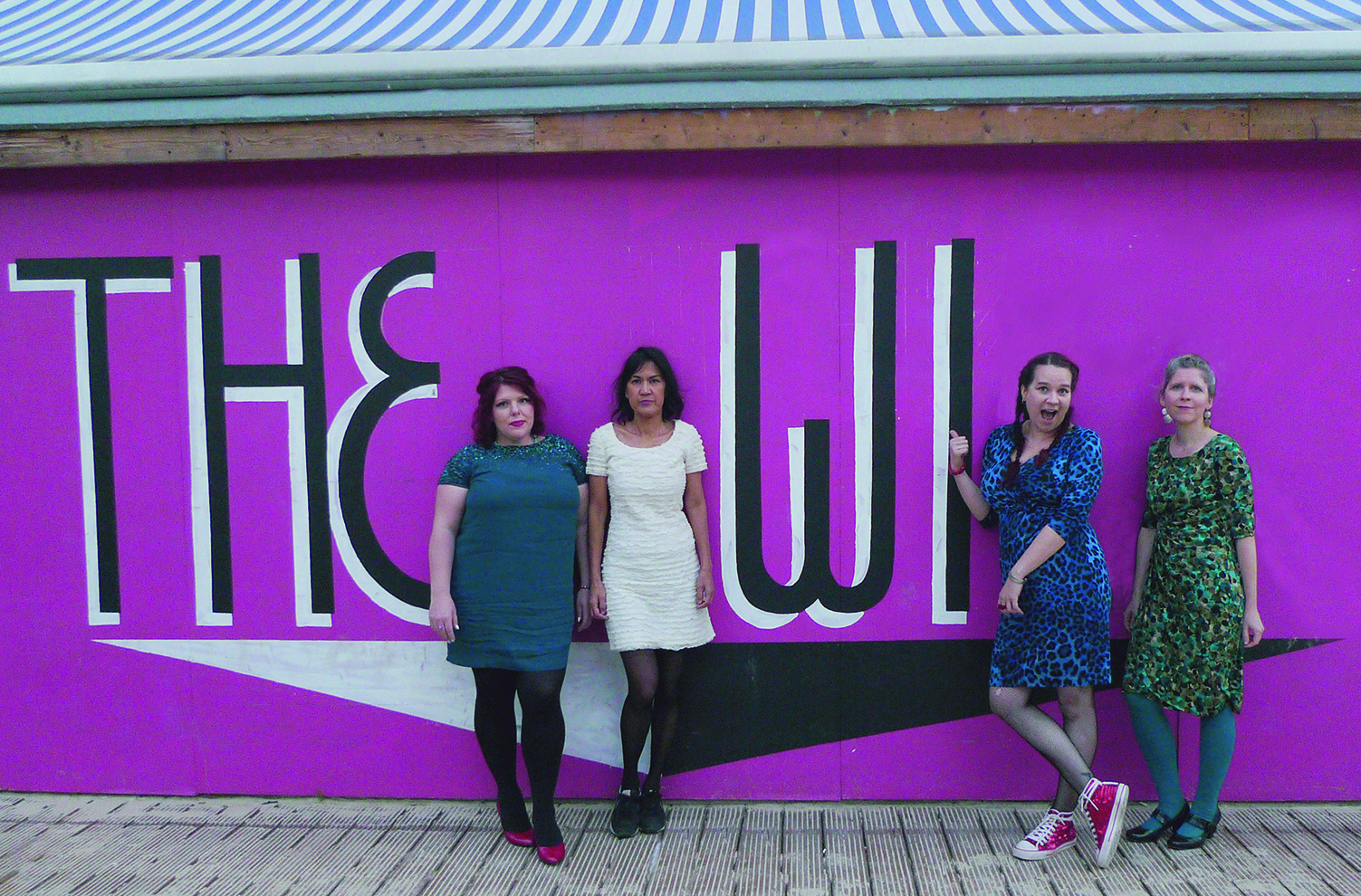 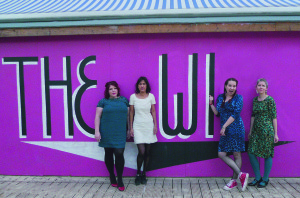 All-woman supergroup, The Wimmins’ Instititute, are launching their debut album ‘Badass Lady Power Picnic’ with a riot of grrrl rock at the Bread and Roses, Clapham, on 27 November. You can pre-order the album here  https://wimmins.wordpress.com/

We are proud as punch to be hosting the premiere for the The Wimmins’ Instititute’s new video for the first single ‘Mansplaining’ watch it below.

‘Mansplaining’ is a bold, bountiful brassy pop song with knowing vocal harmonies and post punk undertones. Its a sly dig at the kind of men who like to tell women, at length, how to do things they know perfectly well how to do, the video wittily takes the rise out of each of these occasions with comedic results.

The WI say they had “huge fun filming the vid at Brixton Studios, ‘manning up’ with a pack of false moustaches. The foursome promise that no men were harmed in the making of the video.”

“The WI have been together 6 months, however they are all ‘old hands’. Between them, over the years, the women have been in bands that have scaled the top 10, performed on Top of the Pops, rocked out main stages at festivals, and been ‘big in Japan’.

Jen Denitto and Deb Van Der Geugten were in seminal riot grrrl band Linus in the 90s, and Cassie Fox and Melissa Reardon are also in Thee Faction, the notorious ‘socialist r’n’b’ band who wowed this summer’s Leftfield stage at Glastonbury.

Charley Stone (of Salad, Gay Dad, Ye Nuns amongst many others) produced the album at Dean Street studios in Soho, and frequently joins the women on stage as guest lead guitarist. The album ‘Badass Lady Power Picnic’ features songs such as ‘Mansplaining’, ‘Your Mum Hates Me’ and ‘Don’t Call Me Sugar’.  There’s also a punk cover of ‘Let it Go’ from the Disney film Frozen that parents of young children will be very familiar with. “

Joining the gig on 27 November is a special guest star – Grace Petrie. Described by the Guardian as ‘a powerful new songwriting voice’ and by the EDL as a ‘a smelly lezzer’.

We call her ‘awesome’, and she sings stirring songs about love and life and striving to get along in a world where the odds are stacked in someone else’s favour.

Tickets £8 in advance, £10 on the door – ticket price includes a CD copy of The WI’s album, and a homemade vegan chocolate brownie