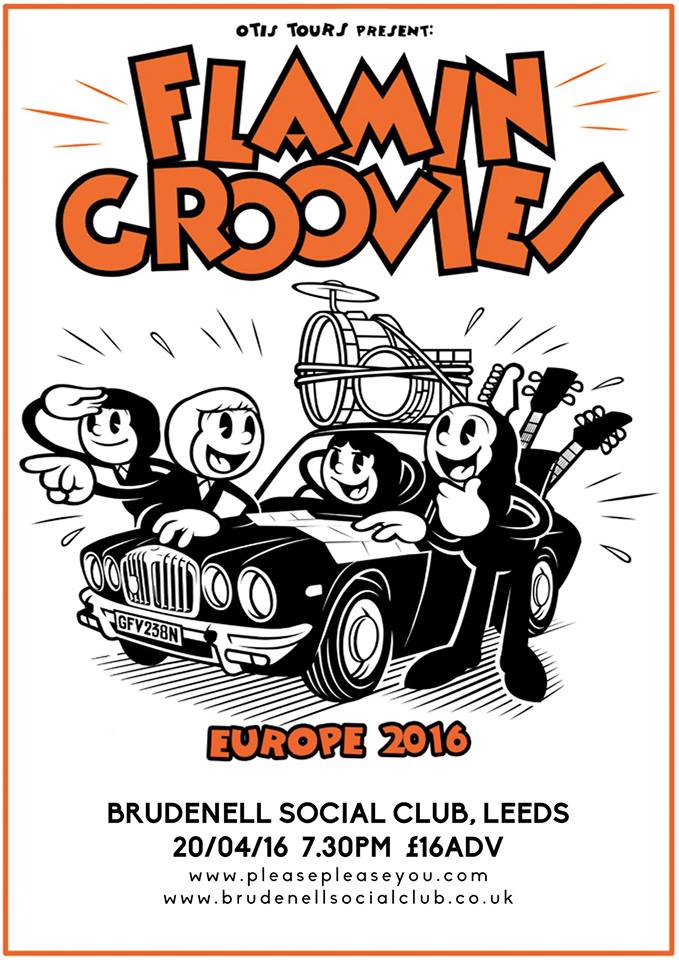 The seminal American rock band Flamin’ Groovies will be coming to Leeds in April. They have just added an extra date to the UK leg of their European tour and are now scheduled to play the Brudenell Social Club on 20th April.

Emerging from the San Francisco area in the mid-60s, Flamin’ Groovies went on to establish a reputation as one of contemporary music’s most influential bands. Their impact upon the course of power pop and punk (the Ramones supported them at London’s Roundhouse in July 1976) has rightly afforded them legendary cult status.

The band that will appear on this tour includes founding member Cyril Jordan, George Alexander and Chris Wilson, the nucleus of their early 70’s incarnation that produced the momentous album Teenage Head and probably their best known record ‘Shake Some Action’. They will be joined by Victor Penalosa on drums.

A joint Please Please You and Brudenell Social Club promotion, tickets for this not-to-be-missed show can be purchased here