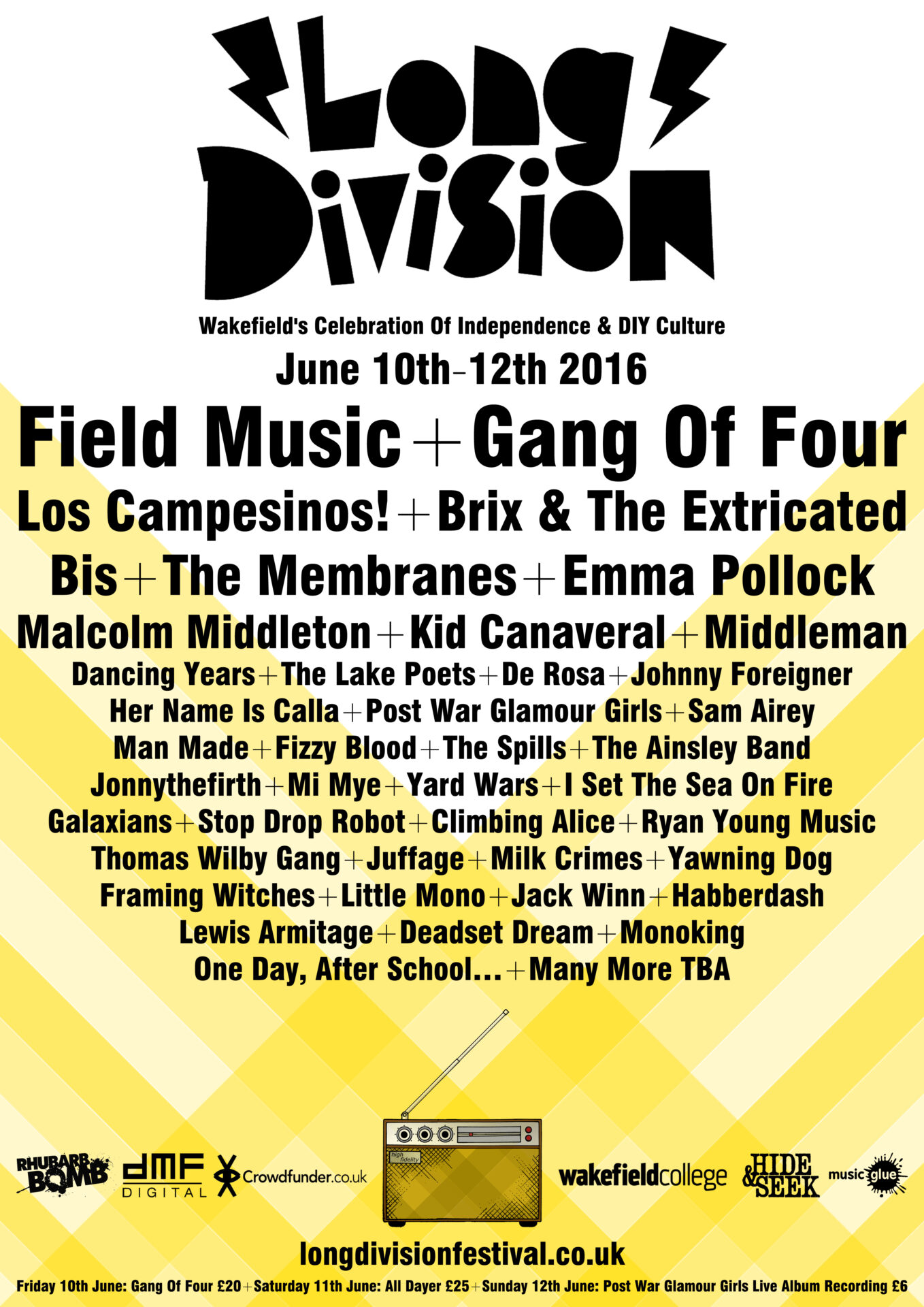 Long Division Festival has just announced a further 41 acts who will appear at various locations across Wakefield city centre over the second weekend in June in what promises to be a glorious celebration of everything that is great about musical independence and DIY culture.

At the top of the bill, and joining the previously announced Bis, Los Campesinos!, De Rosa and Her Name Is Calla will be the legendary post-punk pioneers Gang of Four and the Brothers Brewis with their consistently wonderful Field Music.

And amongst what is already an incredibly strong, diverse and most exciting list of supporting acts will be Brix & The Extricated – featuring various past members of The Fall – The Membranes, and making the most welcome of returns after her stunning set in the city’s Theatre Royal at last year’s festival will be the former Delgado Emma Pollock . The full line-up so far, and with many more acts still to come, can be seen on the event poster.

Now in its sixth year of existence, and financed partly by a hugely successful Crowdfunding Campaign, this year’s Long Division Festival will run across eight different stages in the city centre with more than 70 bands eventually appearing at this hugely popular wristbanded event.

Long Division have also announced four warm up shows in the run up to June’s festival, with shows taking place in Leeds, Sheffield, Huddersfield & Doncaster. Each warm up show is being organised in conjunction with a Long Division partner, Hide & Seek Records in Leeds, DMF Digital in Sheffield, Vinyl Tap in Huddersfield & The First 45 in Doncaster.

Details for the warm up shows are:

Feb 20th – Sheffield Warm Up @ Local Authority –
I Set The Sea On Fire Presented in partnership with DMF Digital.

Tickets for these shows, plus the Long Division Festival itself can be purchased here