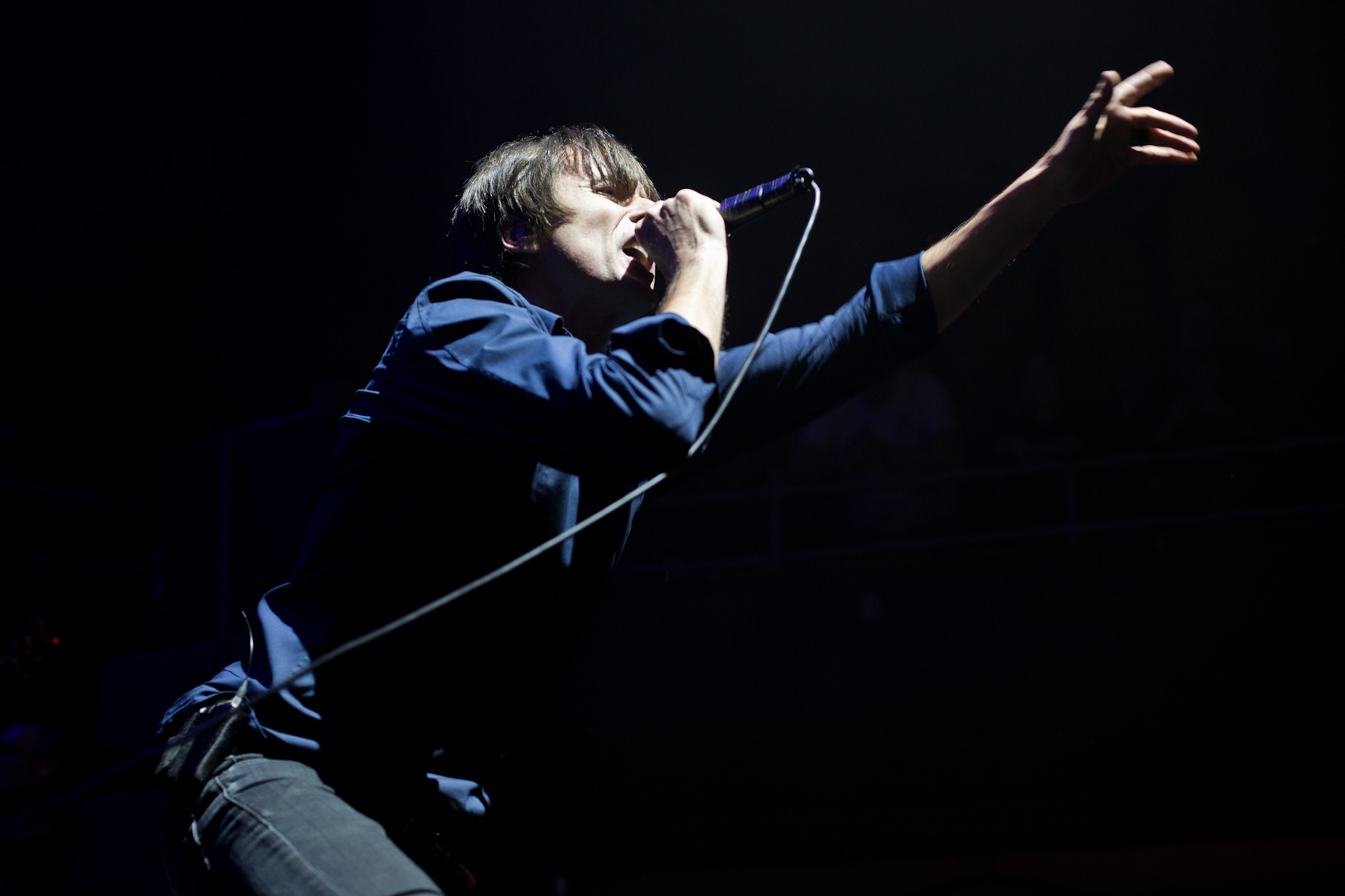 Tonight Manchester’s Albert Hall is a heaving mass of people. Excitement is boosted by the sheer astronomical numbers of fans packed into this magnificent former Methodist chapel. A sense of something truly special about to happen permeates the entire building. Tonight marks the long-awaited return of Suede: a double feature of film accompanied by a live rendition of the new album Night Thoughts and a second set promising big hits from the band’s sizeable back catalogue.

Lofty thoughts and aesthetic longings have been an integral part of Suede’s make up from the very beginning, so the notion of an album presented as a film score doesn’t strike as entirely unnatural. In fact, it hints at a knowing joke ridiculing the idea of a heritage band performing their classic album in full; which is, of course, precisely how Suede started their regeneration. And just as Roger Sargent’s dark tale unfolds on the screen the album truly comes alive. In fact, it suddenly becomes apparent that Night Thoughts should only be seen and heard at the same time. It is an unusual and far more demanding way to consume pop music but this is precisely the point. 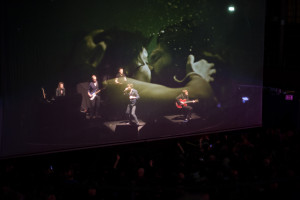 Visually arresting and painfully intense, the show is more than just a gig. Every now and then the band becomes visible behind the semi-translucent screen, merging their performance with what’s happening in the film. This is a kind of show that returns in flashbacks to haunt you in the cold stillness of the night. What we’re witnessing in sight and sound is a stream of consciousness nearing its final moments. It’s not a linear narrative, but rather fragments of memories and thoughts tracking the path to the protagonist’s suicide depicted at the start of the film. Each track is associated with an event in a history of a man whose life is literally flashing before his eyes. Seemingly bouncy ‘No Tomorrow’ is a story of depression and attempted suicide (“Fight the sorrow /Like there’s no tomorrow.”) ‘Like Kids’ conjures up distant memories of wilder, more carefree moments; yet, the film portrays something altogether more bleak, like a sinister caricature of Suede’s own visual iconography of the 90s. This is seriously dark stuff. By time the film reaches the final moments of ‘The Fur and the Feathers’ everyone feels emotionally drained and needs a break to recover.

Twenty minutes later Suede are back. As if to confirm that this is a dawn of a new era, they start the second set with ‘Introducing the Band’. And from then on it’s all a rapid fire of hits, with only a couple of breaks for ‘Sabotage’ from their last album Bloodsports and a heartbreakingly beautiful acoustic version of ‘Obsessions’ that Anderson introduces as “a good song from a crap album”. His youthful swagger, confident demeanour and the very fact that the band play songs from all of their albums suggest that this is a man who has finally made peace with what happened in the past. He’s ready to move on, to continue the story of Suede. ‘Metal Mickey’ plunges most of the downstairs into a giant rib-crushing moshpit. This is Suede at their feral, savage best. Although it’s unlikely that some of the audience are old enough to have seen Suede back in the day, what they’re witnessing is Suede at their glam punk best, kicking like a rabid mule.

Arms outstretched and eyes lit up with ecstatic emotion, several thousand people at once obey Brett’s command to sing the chorus of ‘Trash’. And by the time ‘Beautiful Ones’ comes around the whole of the balcony seem to be on their feet. After a short break the band returns for an encore. “It’s like a new generation calling / Can you hear it call?” sings Anderson and all of a sudden it’s clear that Suede are no longer a thing of the past but a band that still believes in “jumping over the barriers” and taking risks.

Suede’s ferocious ambition may have contributed to their demise and eventual split, but it is also the same force that brought them back to life. And this time it matters so much more. This time it’s all about making something that could-have-been or should-have-been into a tangible reality.