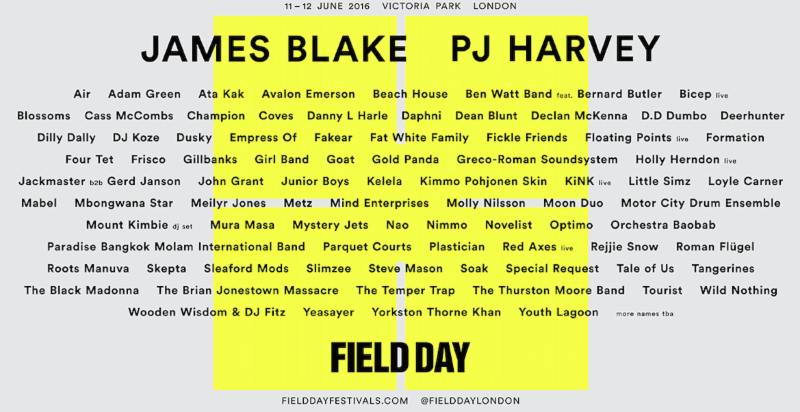 French outfit Air, best known for their 1998 UK platinum debut Moon Safari, will treat fans to a special set of their classics, demonstrating their seminal signature sound this Field Day Sunday. Joining Air will be the hugely successful Australian rock band The Temper Trap, who will be showcasing their new material at the festival.

Mystery Jets have been around for over a decade but their music is still as fresh and exciting as it was right at the start, which makes them another perfect Field Day band. New York singer-songwriter and filmmaker Adam Green will be performing tracks from his latest hyper-sensory, poetic and humorously subversive Aladdin.

Armed with a new album Songs For Our Mothers Fat White Family are a formidable political performance force and easily one of the top UK live bands. Another artist who won’t stand for bullshit is Steve Mason, who is back in action with a new album Meet The Humans bringing together dance, pop, folk, dub, and deep house influences.