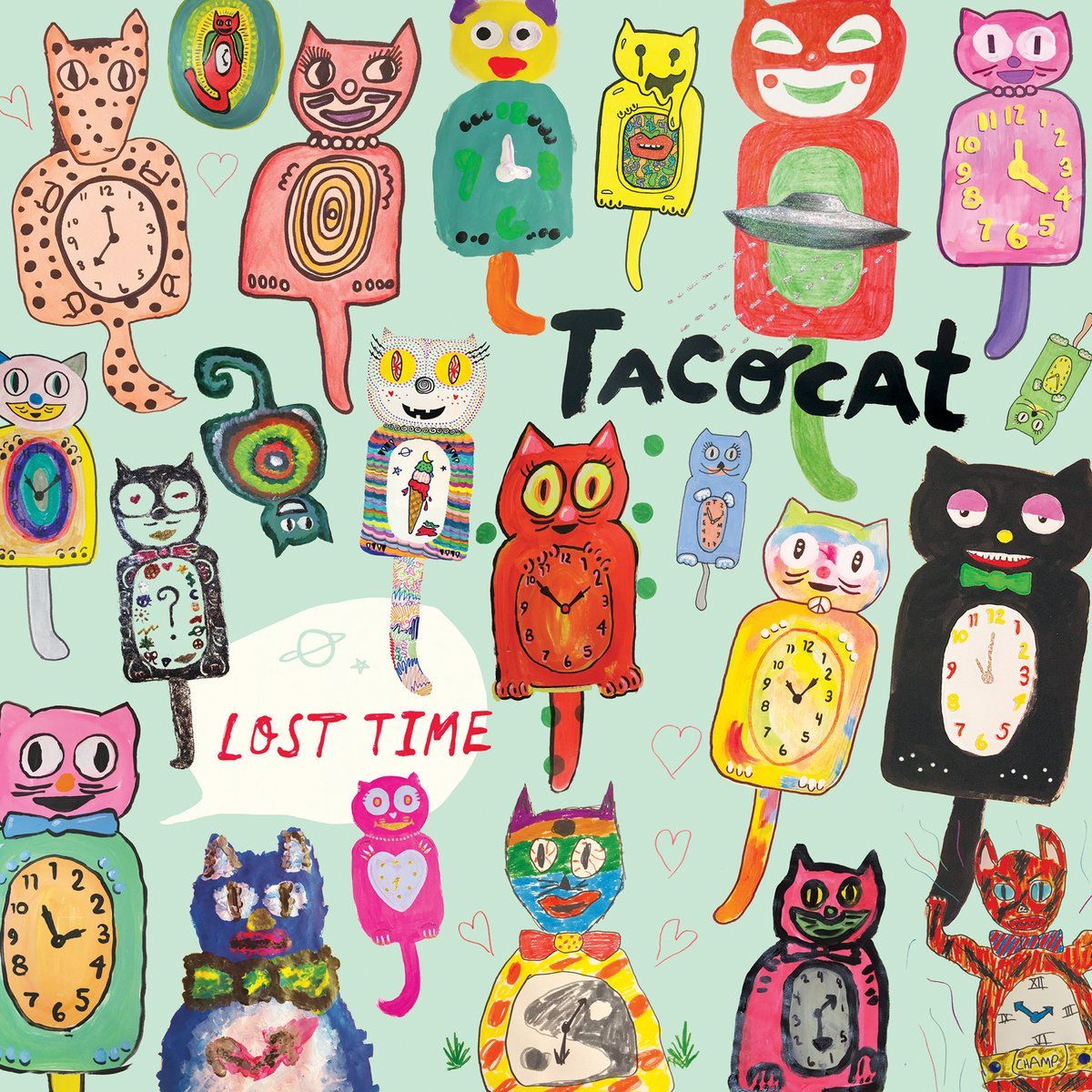 Who says feminism can’t be fun?  That’s the question Seattle pop-punk quartet Tacocat have been asking for eight years.  In the past they’ve addressed everything from street harassment to menstruation and seasonal affective disorder.  In more recent times, they’ve even recorded the theme song to the Powerpuff Girls reboot.  Their blend of catchy melodies and gender politics has served them well in the past, so it’s no surprise that on their latest album Lost Time, they’re not deviating from that winning formula.

Lost Time is a reference to The X-Files, so surely there’s no better way to begin the album than with a tribute to one half of the FBI special agent duo in ‘Dana Katherine Scully.’  Alongside its lilting guitar and crashing cymbals, frontwoman Emily Nokes playfully inserts “the truth is out there” into the chorus, while longing to “see the world through Dana Katherine Scully’s eyes.”  Tacocat’s mischievous nature shows itself on the cheerleader chanting that permeates ‘FDP,’ juxtaposing the peppy yelling of “FDP don’t fuck with me” with relatable laments about “lightning bolts in my head” and “functioning at 10%.”

Grunge guitar permeates ‘I Love Seattle,’ an apocalyptic vision of the band’s home town which comes across as a less cynical version of Sleater-Kinney’s ‘No Cities To Love.’  Thanks to the simple, repeated chorus and driving, almost surf-pop rhythm, ‘I Hate the Weekend’ and its tale of people who turn their neighbourhoods into a sty at the end of each week gets lodged in your brain.  The little pause during the line “take the rainbow shades of beige” sums up the immense quick-wittedness that permeates the whole album.

‘Horse Grrls’ constantly moves between languid, almost doo-wop melodies and riotous guitar screeches and rapid-fire hi-hats while singing lines like “there’s ponies, colts and foals/ Horses are in their souls.”  While less ditzy than singing about high school girls obsessed with horses, ‘Night Swimming’ does have a curiously juvenile edge, especially on lines like “I wanna see some UFOs” and “you can bring your boom box but you can’t play REM.”  It might seem a bit silly but it’s also ridiculously infectious and entertaining.

What’s noticeable is that Tacocat don’t shove their feminist tendencies in your face too much at all on Lost Time.  Most of their narratives are relatable for both genders, and certainly don’t exclude men from enjoying the album in any way.  The only time when their feminist agenda is very plain for all to see is on ‘Men Explain Things to Me,’ a two-minute meditation on the phenomenon of “mansplaining.”  “The turning point is overdue,” sings Nokes but, because it’s surrounded by more thematically universal songs, it doesn’t feel preachy or bad-natured.

That’s what is so appealing about Lost Time: it doesn’t present an “us vs. them,” antagonistic vision of feminist pop-punk.  Instead, it creates a contagious snowball of fun that carries you away and occasionally drops little hints about its underlying ideology in amongst its frenetic melodies.  That might be the greatest achievement of all.