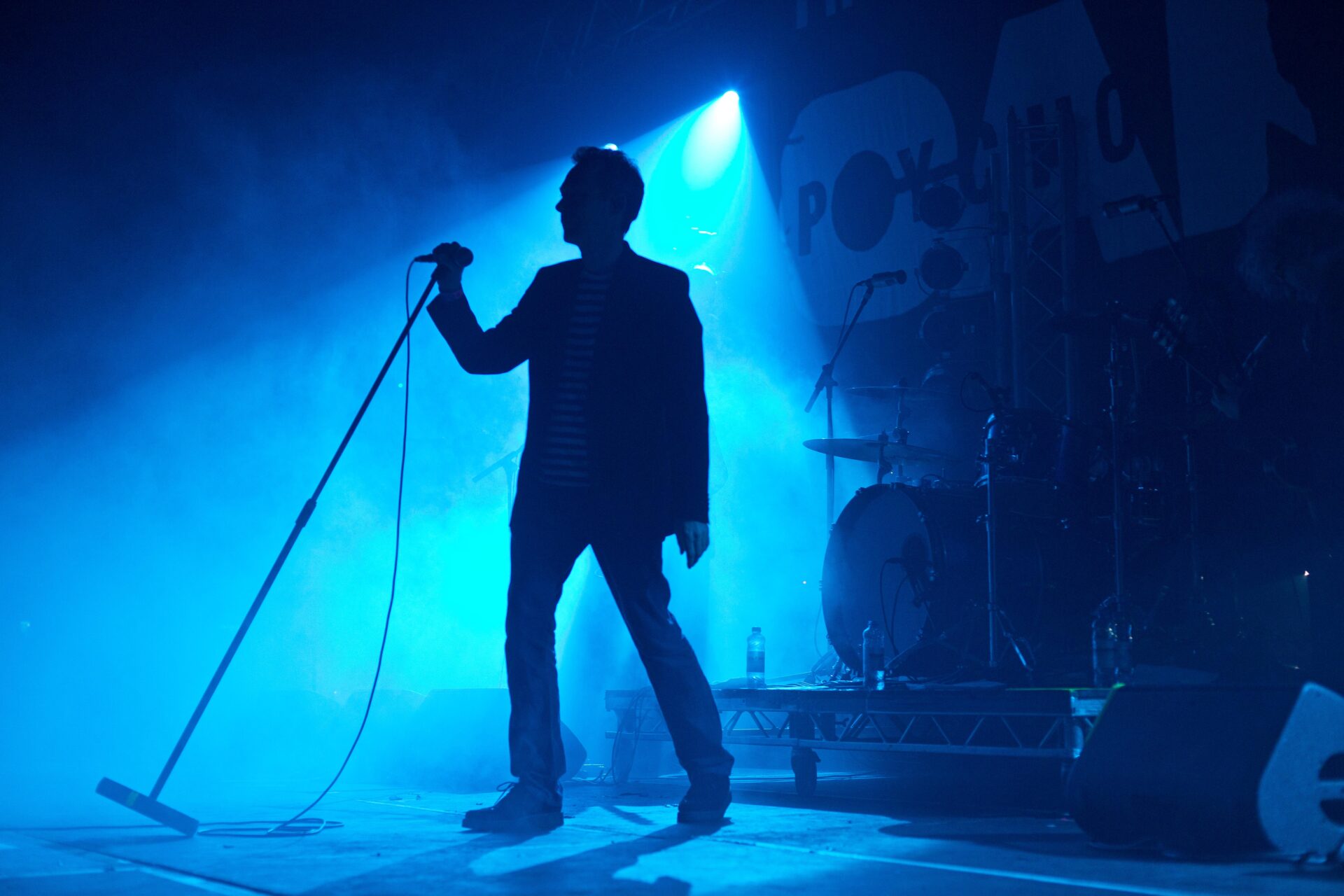 It is certainly a step-up to the big time for Manchester’s Cosmosis festival. Starting out from the delightfully bohemian surroundings of Rusholme’s Antwerp Mansion, it has gathered significant momentum as a young upstart rival to Liverpool’s more established International Festival of Psychedelia. And such is the wont of an upstart, the 2016 event takes a big and bold step forward in size and score, taking over Salford’s Victoria Warehouse – better known to most folk as the venue for Manchester’s Warehouse Project – as a significant statement of intent.

In addition, on the vast majority of issues (and certainly the musical side) the event proved that Cosmosis really has the actions to complement the swagger; the delivery to befit the talk.
The cavernous space of Victoria Warehouse is often a problem at these events, so the organisers do well to limit sound bleed and the five stages are neatly dotted around the venue, like little jewels to be discovered.

First off for us are Lola Colt, who kick off things in style with their revved-up, engine smoke fuzz-pop. They are a truly exceptional live band blending scissor-cut guitar lines, keyboard and percussion into tracks that dip, twist and turn back upon themselves. After their superb set, we head up to investigate the upstairs (with some fascinating and beautiful art exhibitions – a really nice touch by the organisers) to the Aether Stage, where Baba Naga are an absolute revelation. Blending Eastern melodies with rumbling drum patterns and some magnificent Hendrix-esque guitar, they steadily build up the atmosphere as more and more people join the crowd. By the end, the place is rammed and as intertwining melodies play around in the soundscapes, you realise you are listening to a unique and brilliantly-crafted set of tracks. A genuinely excellent set.

We catch the last 15 minutes of Wire’s pulsating and taut set including an incredible closing ‘Used To’ before we are off to see The Raveonettes on the main Air Stage. The Raveonettes are still masters at doing things simply, excellently and beautifully. Stripping the flesh off Phil Spector’s impeccable 60s arrangements and delivering them with a steel and sharpness. They steadily pick things up throughout the set until a blistering final ‘Aly, Walk With Me’ sends everyone off happy.

If The Raveonettes were excellent, The Brian Jonestown Massacre take things up another level entirely. For so long, the air of unpredictability was one of the most intriguing and exciting things about a BJM gig but becoming middle-aged in band years has suited them perfectly. This is not only a brilliant set, but it is perfectly played and delivered with the exact amount of energy, pacing and structure to extract every piece of joy and each thrill from the crowd during what is effectively a greatest hits set. Opener ‘Never Ever’ is magnificent, ‘Prozac vs Heroin’ goes down a storm, ‘Anemone’ is predictably brilliant, Goodbye (Butterfly) proves that their newer material can stand up with their best and the closing ‘She’s Gone’ serves as a reminder that BJM are one of the best and most consistent bands of the last 20 years. One of the best live shows of 2016 so far and an absolute joy to behold.

And so over toThe Jesus and Mary Chain. One of the most influential bands of the last 30 years are finally seeing the fruits of the scene they helped create in the late 1980s and so it seems only fitting that they top the bill tonight. Whereas 2014’s Psychocandy shows were a once-in-a-lifetime chance to see that album played in full, the effect actually works much better when staggered through the setlist. And predictably, tonight is fantastic. Opener ‘April Skies’ kicks off a truly brilliant greatest hits set including the surprise inclusion of ‘Snakedriver’ and ‘All Things Must Pass’. In credit to the festival organisers, the sound is also perfect for them, adding a delicious and delectable crunch and sparkle to the likes of ‘Halfway to Crazy’ and ‘Never Understand’. By the time they bring out the big crowd pleasers (‘Just Like Honey’, ‘Taste of Cindy’ and ‘Some Candy Talking’) the battle is already won – in any regard or with any set, this is a magnificent and masterful band – similar to BJM in that through shedding their rougher edges, it allows the true beauty and timeless class of their music to come through. Magnificent. There’s just about enough time for us to have our ears and synapses assaulted by Ringo Deathstarr’s gloriously frazzled fuzz and technicolour racket before we head home after a truly brilliant day of music.

Before we go too far down the road of (deserved) praise, just a couple of small negatives to report. It is not specifically the fault of the organisers but having to pay £5 for a 330ml can of Heineken and then finding it semi-warm is really not acceptable. Moreover, the general behaviour and actions of the security is a serious cause for concern, as sadly befits so many of these current major events. It’s understandable why the venue has a concern about drugs given the Warehouse Project’s history, but seeing a girl in her teens reduced to tears by having some Neanderthal security guard screaming “WHERE ARE THE F**KING PILLS LOVE?” inches from her is utterly unacceptable, as is seeing a guy bodily yanked from the crowd by his arm for simply leaning over the crowd barrier at Sleaford Mods. To be fair, the organisers have acknowledged this and said they will not hire the particular security company involved again, but it is important these things are noted. Without exception, this was one of the friendliest, most relaxed and amiable events I have ever been to in Manchester and the use of such bully-boy security tactics really is not necessary on any level, and will only damage the festival’s good name if repeated.

That said, given the challenges and scope involved in putting on an event such as this for the first time at this scale, Cosmosis 2016 delivered in spades. As indie-rock continues to plod through its landfill quagmire and dance music seems stuck between EDM trash and inconspicuous electronica, the psyche and shoegaze scene is thriving, vibrant and necessary. Cosmosis 2016 proves that looking backwards while simultaneously moving forward is absolutely possible, and with the scene in such rude health, Manchester should be proud to have an event capable of highlighting such incredible music. Roll on 2017; we will see you down the front…