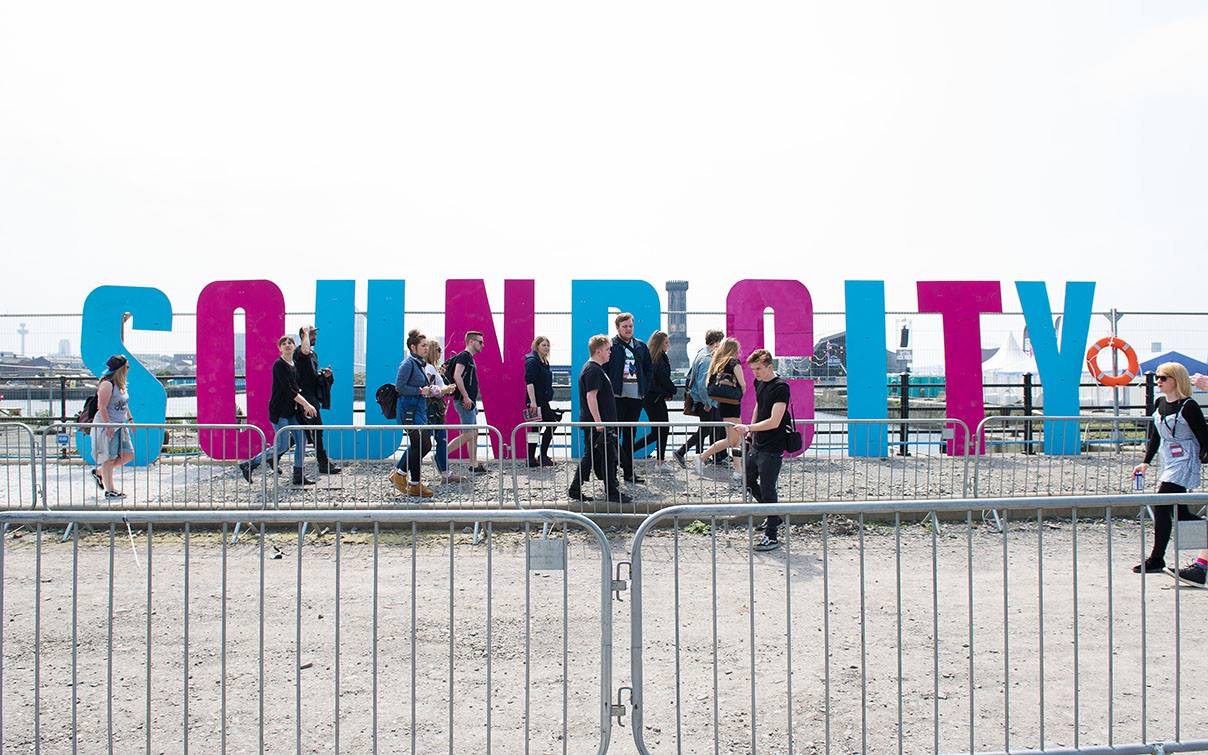 Entering my third Liverpool Sound City felt like an important undertaking. After all, in 2015 the festival has undergone a huge transformation swapping its city centre location and multi-venue format for a new open site at Bramley-More Dock on the river Mersey.

Last year’s move was a controversial affair, with many festival goers and reviewers taking to social media to complain about lack of public transport, poor toilet facilities, sound bleed and overzealous security. However, when the dust settled on Sound City 2015 it was almost universally declared a big success. The sheer brilliance of its line up and jubilant vibe were enough to dismiss any shortcomings as teething problems and everyone went home happy in anticipation of another year in the docklands.

To everyone’s surprise, the festival implemented further changes in 2016, losing a day of its industry conference as well as moving its In Conversation interviews into the wider arena of the main event. With so many variables and new elements in progress, did Liverpool Sound City deliver or was the gravity of change simply too much for the organisers to handle? We take a look at the highlights and lowlights of this year’s event.

Sound City+ was the title of the new re-branded Liverpool Sound City conference, an event that’s got consistently bigger each year and has by rights become the second biggest industry showcase festival after The Great Escape in Brighton. Previous Sound City conferences attracted big name keynote speakers and interview subjects from Thurston Moore to John Cale and Wayne Coyne. With second day of conference always taking place alongside the main music event, there was a chance for delegates to see new bands and to have more networking opportunities. Sadly, this year’s slimmed down, one-day version felt completely removed from the music. Despite some excellent panels that covered everything from the future of blogging to the role of the label and practical tips on festival bookings, the event lost its momentum. With many stalls in the market area packing up by 5pm and delegates disappearing immediately after the panel sessions, Sound City+ felt flat and divorced from the following two days of festival and new music showcases.

Baltic Warehouse stage was a big hit last year and it once again proved to be the new site’s biggest asset. Large enough to accommodate a huge crowd it was a perfect space for a Freeze partnership stage that delivered some of the most memorable (and popular) sets of the weekend. Hot Chip (DJ set) and Floating Points (live) easily stood out amongst the best bookings of the event and their shows certainly proved to a gargantuan success. Top marks!

Sound bleed proved to be a serious problem in 2015. It’s probably fair to say it was THE biggest gripe of last year’s Sound City so it was definitely something we expected the organisers to address seriously. Imagine our surprise when within minutes of arriving on site we were hit by some of the worst festival sound bleed imaginable. Wake Island‘s collaboration with Feral Love was drowned in the sounds emanating from both the Atlantic Stage and the North Stage. With two major stages facing each other, who would have thought it might be an issue?! Similarly, Yucatan’s ethereal soundscape was not enhanced by a banging DJ set performed at next door’s Baltic Warehouse.

When Sound City moved to its new home last year, much was made of the idea of creating its own identity and “festival vibe”. With many field festival events incorporating literature, art, comedy and other non-music elements into their programme, the inclusion of Tim Peak’s tent at Sound City was a welcome sight. Regular festival go-ers will already be familiar with Tim Peak’s ventures at events like Kendal Calling and Festival No6. As well as live sets from the most excellent North Wales mountain men Yucatan, Manchester punks Cabbage and melodic rockers The Tunins, Tim Peaks Diner featured popular stage interview In Conversation series with the likes of Roisin Murphy, Jason Williamson (Sleaford Mods) and Alexei Sayle. Apart from a great programme, the space provided much sought-after seating and shelter from the elements.

There is a reason why UK Festival Awards have a category for Best Toilets. And on the strength of this year’s performance, Sound City won’t be getting any gongs any time soon. However, the smell of raw sewage emanating from the toilets near the Atlantic stage will certainly linger in my memory for quite some time. And don’t get me started on the queues, including queues for the toilets in the rather underwhelming VIP area. Joking aside, toilets (or rather lack of them) were a major problem last year and the fact that it happened again, frankly, stunk.

One of the big strengths of Sound City has always been its focus on international showcases and new music from the North West. 2016 was no exception attracting a numbers of showcase bands from Korea, Taiwan, Canada, Wales and local Edge Hill University’s label called err… The Label. It’s what places new music discovery at the heart of Sound City and what made this year’s event interesting. Horizons Cymru showcase certainly offered one of the most diverse line ups for the festival, ranging from the Radio One friendly sound of Connah Evans to the SFA/Goat tribal psych mysteries of CaStLeS. The big stand out moment, however, came from the Aussie band City Calm Down. New Order/Killers synth romance with agitated yet elegant stage presence reminiscent of Pulp, the band’s set was a kind of festival experience that makes it all worthwhile. Shame that unless you live in Australia, you’re not likely to see them play live any time soon.

One of the key elements in last year’s success was undoubtedly the addition of large scale parades, processions and grand fireworks finale, all which was sadly missed this year. All those elements combined helped create a genuine carnival, festival vibe that made the event a big success. With fewer people on site (2016 event did not sell out) and the desperate lack of any visual art to mask the post-industrial austerity of Bramley-Moore Dock’s grey tarmac covered in litter, the atmosphere never really lifted above …meh.

Best of the rest

There’s no denial that perhaps outside of Liverpool this year’s Sound City line up met with overwhelming apathy or disappointment. Let’s face it, Pete Doherty and Catfish and the Bottlemen might pull a few casual music fans but it was no match to the might of Swans, The Flaming Lips or Belle and Sebastian, all of whom played last year. However, away from the headline slots, there were definitely a few choice undercards that certainly hit the spot. Sleaford Mods delivered a brutal agit-hop performance and local glitter punks Pink Kink proved once again they’re on the verge of a major breakthrough. The band are already a big name on the Liverpool live scene, and the coming months are likely to catapult them into the radar of tastemaker press and promoters. Despite transport issues related to the city marathon, we also managed to catch some of the brooding and beautiful set from The Anchoress, whose main stage performance was followed by the Mercury nominee and GIITTV favourite C Duncan. Spinning delicate electro folk tunes, his set stood apart from many of the Sound City booking. After the show we got together for a quick chat about his new album and his festival summer.

Speaking to many festival goers, it was clear that for a sizeable number of fans the current Sound City site was the main problem, not made easier by the lack of late night transport and the seemingly arbitrary 4pm last admission. Being stuck out-of-town on a desolate strip of land seems to be not to everyone’s taste. Last year (almost) proved that the new site can work but clearly needs more investment and facilities, from basic things like toilets to a more dignified VIP experience that can offer people who paid extra adequate seating and bar services. More alarmingly, with the number of stages that Sound City offers and the overall scope of its ambition, it feels that the current site is already becoming too small and not fit for purpose. With city centre venues now in short supply, Liverpool Sound City is not likely to be moving back to its original setting. Whether there are any financial inducements keeping the festival at its current location or a genuine commitment to the area, it remains unclear whether it has the capacity to grow in size and reputation there.

Overall, the 2016 edition of Liverpool Sound City was a disappointment, a budget version of a jubilant event this festival is clearly capable of staging. Perhaps it should have been a fallow year to take stock and make plans for the future.