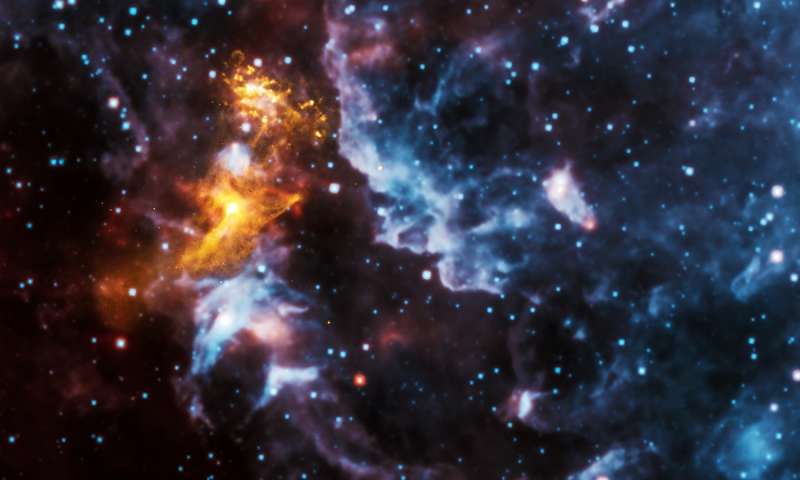 Yesterday The Hyundai Mercury Prize panel released its 12 nominations for the 2016 award. Today we present our alternative Mercury Prize shortlist. We call it The Neutron Prize list. By no means definitive, these 12 records represent a range of genres and tastes from the writers at GIITTV Towers. Our winner will be crowned on Friday 16th September, the day after the Mercury winner announcement.

Songwriter, producer, composer with a classical background and winner of the Scottish Album of the Year award Anna Meredith is a prodigious talent.  Her magnificent Varmints is the daring, adventurous and glorious sound of the solar system imploding.  Marrying a tapestry of electronic motifs with a dexterity of percussion, vocal loops, cavernous strings and samples, it sounds like it’s been beamed from another planet.  An utterly entrancing and affecting record.  Bill Cummings

The guitars sound like a horror show.  The drums sound like a machine gun.  The vocals sound like he’s been drinking and crying for a week.  The production is so compressed that it takes on a hulking physical form, in the way that a lot of commercial dance music does to give the kick drum even more of a chest-rattling thump, only Girl Band are dealing more with grotty sonic extremities than shiny synths.  All of this is balanced out with their nonsense lyrics: yelling about eating pears for lunch and shitting in gardens.  Andy Vine

While grime and hip hop finally got a good look in with this year’s Mercury Prize list – featuring both Kano and Skepta – there was one name that was curiously missing. Little Simz’s debut album A Curious Tale of Trials + Persons was arguably more ambitious in scope than Made in the Manor and Konnichiwa, a concept album that followed various individuals as they attempted to reach the Holy Grail of becoming a celebrity.  Often not at all brash but taking a more laid-back, often jazz-inflected approach to the music, it was her free-flowing, often spellbinding verses that shunned the often materialistic and self-aggrandising nature of rap that really lit up the album.  It proved that she was more than just another MC; she was an artist.  Eugenie Johnson

No Mercury woulda, shoulda, coulda list would be complete without the inclusion of Matt Loveridge.  2016, like any other year, sees Loveridge releasing multiple albums under multiple nom de plumes.  However, it’s Documents Shredded // Communications Ceased album, under the MXLX alias, that stands out among the others.  In 28 minutes it showcases Loveridge’s trademark Avant Hard sound, but this time, he’s gone full metal!  Face melting guitars, bowel loosening bass and blast beats attack all of your orifices while his guttural growling vocals cut through it all. This is visceral, abrasive, confronting and very, very listenable! Nick Roseblade

Shura’s debut album takes its influence from the best of 80s pop. Like many of the most compelling albums of that era it sounds like a ready made greatest hits collection. It’s a remarkably consistent and fully rounded record full of Shura’s warm personality and brilliant pop hooks. Not many artists get it this right with their first release. Nothing’s Real is an incredible record. Jonathan Wright

Melt Yourself Down – Last Evening on Earth

Melt Yourself Down’s second album Last Evening on Earth, as the title suggests, is as apocalyptic as it is danceable. Basically it’s an absolute screamer. You know that goal that Luka Modric scored against Turkey in the European Championships? Well, that was a tap in compared to this album. The time signatures are all over the shop and the horn section is having blast. In a nutshell, imagine Sun Ra being produced by, Leafcutter John somewhere in London. Nick Roseblade

Future Of The Left are masters of gloriously ambiguous prose.  Their fifth album, arguably their finest yet, is no exception, providing an onslaught of baffling lyrics which sound as though they hide some deep, profound meaning.  Maybe they do.  They probably don’t.  There is unbridled joy to be found here, due to Falkous’ endless ability to provide jaw-dropping couplets and the band’s prowess at crafting exciting, unorthodox musical accompaniments.  It’s a heady mix thrills and amuses in equal measure.  Loz Etheridge

Fall Forever sees the band push their experimental tendencies forward, exploring their roots in an elliptical way while never sacrificing any sense of craft or obstructing their introverted lyrics.  The most striking part of it is the uniquely curious production choices.  At its core, it’s a dream-pop album with post-punk influences, but where reverb-soaked guitars would normally be, there’s buzzing synth textures and droning bass. It’s an electronic-heavy take on shoegaze, where enveloping feedback is replaced with cold tones and brittle surfaces. The closest comparison would be These New Puritans, but with their bombast substituted for a sense of austere melancholy. In sonic terms alone, Fall Forever is a fascinating listen, its economical take on sound and depth evading expectation. Scott Ramage

Patience is essentially a modern R&B album in disguise, its hooks sublimated by production flourishes.  If it’s the sense of finesse that makes Patience excel, it’s also the reason listeners might struggle with its elliptical shapes. It’s a clever album that moves in many directions at once, but it can feel hard to get a sense of exactly where it’s going. The refinement that gives it a distinct classiness is what can make it feel a little muso, even a little anonymous. But as it fights against its own tastefulness, flexing ideas, sounds, and hooks together to make something original, Patience can feel unpredictable and thrilling. Scott Ramage

The Anchoress – Confessions  of a Romance Novelist

Way back at the end of last year we tipped fabulous things for Welsh singer-songwriter and multi-instrumentalist Catherine Anne Davies, better known as The Anchoress.  We also said her debut album would be one of our most anticipated albums of 2016.  We were not disappointed. Inside Confessions of a Romance Novelist are some of the prettiest melodies ever recorded as well as an eerie and opulent atmosphere to pretty much everything.  It’s pop music with elegance and poise that still manages to be a little irreverent with the lyrics. Toni Spencer

We’ve all been smitten with Meilyr Jones for some time, and 2013, his debut solo album, proves that it is with very good reason indeed.  Meilyr is in this for the long haul, and we may be witnessing the early evolution of a future superstar.  It is not just the willingness of Jones to look beyond – WAY beyond – rock ‘n’ roll history to create his first masterpiece (it is, after all, tinged with classical music as well as theatrical pop); it is also the endearingly mischievous prose that infiltrates each composition. All this adds to the irresistible charm of Meilyr Jones. Loz Etheridge

Formed in Manchester in 2011, Money released a couple of singles and played some pretty special shows at unusual venues before signing to the ever-wonderful Bella Union label.  Suicide Songs is their second album and is a more organic and earthy sounding record, but one which also continues to expand on the aesthetic of the debut. Singer Jamie Lee is a most convincing frontman and lays his soul bare on, as the album title suggests, songs of pretty weighty lyrical content. Andy Page