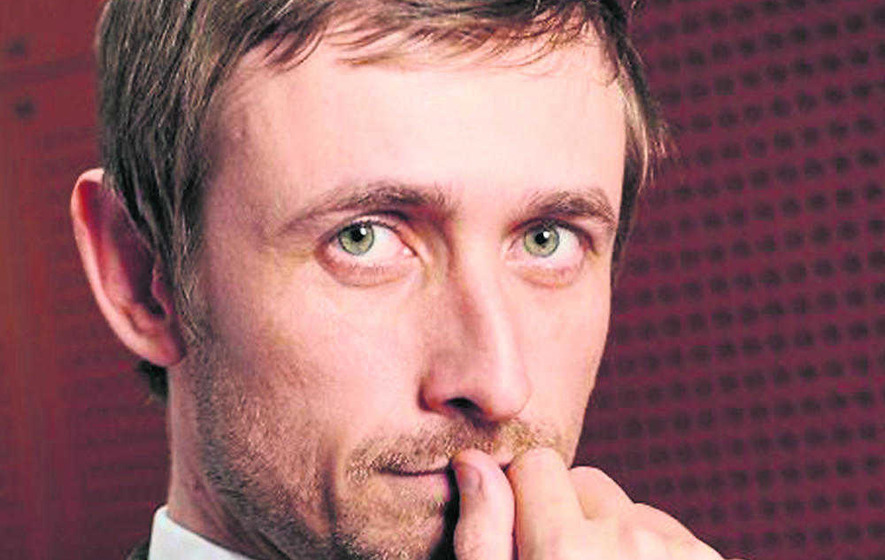 Next week, The Divine Comedy will release their eleventh album, Foreverland. It comes out just over 20 years since the band broke through with, Casanova. Neil Hannon had formed the group in 1989 with a very different sound. Their first album, Fanfare For The Comic Muse featured much more traditional indie influences (R.E.M, The Smiths, Ride) before Hannon’s love of Scott Walker and classical composers became more prominent. There were bands in the early 90s who had similar epic visions, (Suede, The Magnetic Fields, Tindersticks), but Hannon quickly created his own brand of baroque pop combining his suave style with sophisticated songwriting. The Divine Comedy found success in the era of Britpop despite having little in common with most of the groups they were lumped in with. Hannon often poked fun at society whilst singing with a knowing wink. He would show off his intelligence through literary references and his sardonic wit. Accusations of smugness and pretentiousness were often thrown at Hannon which made them a truly divisive group.

Since their commercial peak in the mid-90s, Hannon has continued under The Divine Comedy name releasing records sporadically with different line-ups. He’s always surrounded himself with musicians who are able to live up to the high standards he sets with his songwriting. Foreverland comes six years after Bang Goes the Knighthood. To celebrate the band’s return, here are eleven songs that hopefully show what an underrated songwriter and musician Hannon is.

Liberation is Hannon’s most varied record. ‘Bernice Bobs Her Hair’ finds the mid-way point between his earlier indie sound and his more theatrical later works. It contains irresistible, “ba ba ba”, backing vocals with a tight harpsichord led rhythm. The limitations of production are apparent on Liberation, but it’s still one of his most charming releases that showed Hannon’s unique ambitions and sharp songwriting very early on.

1994’s Promenade is a glorious record about the day in the life of a loved up couple. It remains Hannon’s most fully realised and satisfying release as it contains many of his best compositions and is masterfully sequenced. ‘Tonight We Fly’ acts as the uplifting conclusion to the couple’s story and is a thrilling celebration of life. There’s a feeling of pure joy as Hannon sings, “if heaven doesn’t exist what will have missed, this life is the best we’ve ever had” as the euphoric music surrounds him.

Hannon often found himself compared to Jarvis Cocker who also sung about the absurdity in life through character studies. The dramatic, ‘Through a Long & Sleepless Night’ tells of a man consumed with seedy desires that recalls Pulp’s mighty, ‘I Spy’. Casanova became a success thanks to Hannon refining his pop side on songs like ‘Something For the Weekend’ and ‘The Frog Princess’, but this is Hannon at his most bleak and sordid. He is totally convincing as he sings, “I know you’ll be the death of me but what a cool death that would be” on this exhilarating epic.

A Short Album About Love felt like a victory lap after the critical and commercial success of Casanova. It contains seven songs that deal with all aspects of love from the romantic (‘Everybody Knows’) to the downright creepy (‘If’). There’s a classic timelessness to the album’s highlight, the brooding, ‘Someone’ which is Hannon’s take on the classic Burt Bacharach ballad. It’s one of the album’s most grand moments that slowly builds into a melodramatic climax. Hannon’s long-term collaborator Joby Talbot’s helped create orchestral arrangements that were a perfect fit for Hannon’s vision.

Fin De Siecle found Hannon at his most self indulgent with his most over the top set of songs. He played up to his pompous side on tongue in cheek songs such as, ‘Sweden’ and ‘National Express’. It also featured some of his best and most heartfelt ballads such as, ‘Life on Earth’ and ‘The Certainty of Chance’. Best of all, is this touching ode to unrequited love. Hannon conveys vulnerability and hopelessness as he sings, “she doesn’t know I exist, I’m going to keep it like this”. It’s one of his most heartbreaking performances.

After pushing orchestral chamber pop as far as it could go on Fin De Siecle, Hannon stripped down the group’s sound for 2001’s Regeneration. Producer, Nigel Godrich added a more serious and indie based sound. The album opens with the tender, ‘Timestretched’ which acts as an understated introduction to the band’s new direction. Hannon’s gorgeous vocals are gentle as he ponders his own frustrations and insecurities as an artist, “there’s not enough notes in this scale, it feels like I’m chasing my tail”.

‘Born With a Broken Heart’ was recorded during the Regeneration sessions, but was left off the record and given away on a free CD with The Guardian. It’s an elegant acoustic ballad that sounds effortless with a yearning and emotional vocal from Hannon. It’s far away from the flamboyance of the previous few albums. This beautiful sad lullaby deserved more than being given away on a free CD.

2004’s underrated, Absent Friends found Hannon reintroducing his orchestral leanings to make his most mature and personal record. ‘Our Mutual Friend’ is the record’s centrepiece and is arguably Hannon’s finest creation. It’s built around a stunning symphonic arrangement full of insistent strings and a pulsating beat. He taps into a familiar sense of nostalgia as he sings about the exciting feeling of meeting a new love interest. At the song’s climax comes a devastating twist where Hannon reveals the betrayal between the woman and their friend. There’s no happy ending as the song continues with only waves of rich strings for consolation. It’s an incredibly powerful and moving piece of music.

‘A Lady of a Certain Age’ is the pinnacle of Hannon’s talents as a storyteller. It’s a wonderful and captivating song built on a feeling of sentimentally that is beautifully written. Hannon fills the song with little details as he tells the story of a woman who is struggling to cope with the faded glamour of how her life turned out. His tone is tinged with sadness as he sings lines such as, “your husband’s hollow heart gave out one Christmas day, he left the villa to his mistress in Marseilles”. The story is complemented by subtle and gorgeous instrumentation that shows Hannon knew when to strip back the excess and create a fitting intricate atmosphere.

The Divine Comedy’s singles often came accompanied by great B-sides. There were songs that indulged his odd and playful side, some well chosen covers and songs that really should have made the albums. ‘Absolute Power’ was debuted live around the Regeneration era but wasn’t recorded until five years later. There’s a hint of Kate Bush on this simple swoonsome melody as Hannon laments the fleeting nature of fame, “fame doesn’t care if you live or you die”. It’s a shame a song this good didn’t receive a bigger audience.

Bang Goes the Knighthood is full of Hannon’s trademark wit and some his most cynical social commentary. It’s not The Divine Comedy’s strongest release, but it does contain one of their finest openers. ‘Down In The Street Below’ starts as a wistful ballad before springing into life sounding like a Broadway show tune full of grandeur and bursting with hooks. It’s amazing what Hannon packs into five minutes. He’s still able to surprise after all these years.