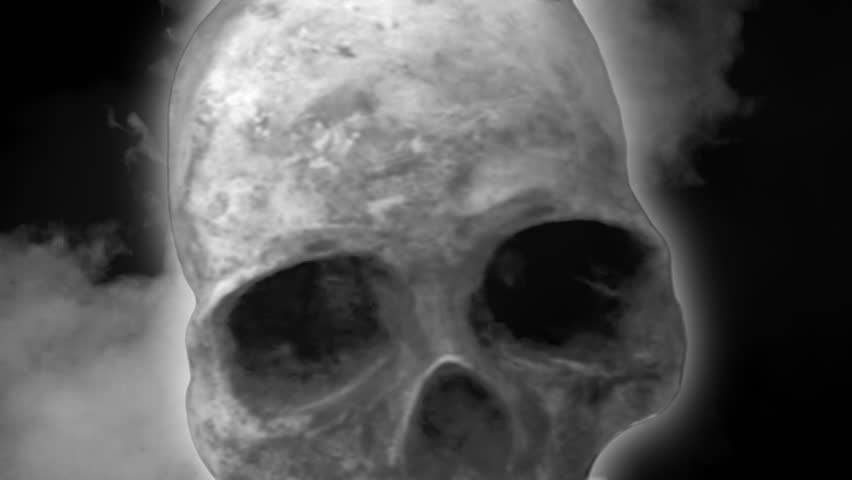 During a recent conversation with my younger sibling, I posed the question “what were the truly great goth albums of the 1980s?” to which, quick as a flash, he replied “there weren’t any, goth was terrible”. Strange then, that I still have pictures of him wearing a cloak and a wide-brimmed hat but this set me wondering; have we all conveniently erased the halcyon days of 80s goth from our memory and is now, with Halloween lurking around every privet hedge, the perfect time to evaluate the genre. Warning: the following images may contain scenes of men wearing eye-liner, hollow cheekbones and enough dry ice to hide a disused Latvian cathedral.

Before there was goth, there was Bauhaus; four lads who looked in need of a hearty meal and who, superficially at least, looked as if they had stumbled across the same dressing up box as Spandau Ballet. Musically, however, they created anything but a feel-good entrance to the new decade; this was a raw and troubling debut which made you wonder whether life was really this harrowing in Northampton. Even in the creative post-punk vacuum, In The Flat Field was unusual, matching discordant vocals with an off-kilter narrative amidst a chaotic backing track which occasionally had you wondering why the kitchen sink had been left out. All of this is beautifully splayed out by the ludicrously good-looking Pete Murphy who would later crop up famously in a TV ad. Bauhaus, more than any other band, founded the goth template without even realising it and whilst In The Flat Field was still a distance away from the crowning glories of ‘Bela Lugosi’s Dead’ and ‘She’s In Parties’ it does serve as a perfect stake in the ground for their contemporaries to follow.

If Pete Murphy set the visual standard by which all male goths would come to be measured, then Siouxsie Sioux still represents the archetypal female view. Free from the shackles of punk and its expectations, she and The Banshees set about experimenting with instruments and no little imagery. By the time they released Juju, their fourth album, not only were synths heavily in evidence but guitarist John McGeoch was dicking around being too clever by half. The result was an angsty, art-ridden album which hinted at darker themes. Although Siouxsie relentlessly denied being part of the ‘goth scene’ it’s hard to put up a defence when you name your tracks ‘Halloween’, ‘Voodoo Dolly’, ‘Spellbound’ and have a mop of black, spiky hair. In hindsight, she was actually correct, The Banshees wrote some great pop songs which had little to do with what was to follow but in terms of the brooding intensity which simmers throughout Juju this was an important step for all Goth-kind. The album demonstrated there was an appetite for the pseudo-macabre and that morbidity was a saleable asset. Siouxsie and The Banshees would soon out-live their contemporaries. Meanwhile, in deepest Crawley…

On the 4th May 1982,  HMS Sheffield was hit by an Argentine Exocet during the Falklands War. On the same date, The Cure released their fourth album, Pornography. It wasn’t a very cheerful day. Preceded by the excellent single ‘Charlotte Sometimes’ which I would later name my daughter after, Pornography was the  musical accompaniment to a man having a mental breakdown. Robert Smith, who resembled a clown after a ten day bender, had gradually grown disillusioned with the band, his music and more worryingly life itself. Whether by chance or design, Smith emptied his nightmarish view of the world into eight dense, hellish tracks which had critics shaking their heads and wondering what had happened to the show of bravado which first surfaced in ‘Boys Don’t Cry’. It speaks volumes for their label that they found a single although ‘The Hanging Garden’ was never going to topple ‘Fame‘ from the Number 1 spot. As a stand-alone release, Pornography is a strenuous and challenging listen; there is no light and shade, merely dark and even darker. In the wider context, if Bauhaus and The Banshees established the visual credentials for goth then The Cure and Pornography in particular made sure that miserablism would be adopted as the musical currency. Self-loathing was about to become a new art form, one listen to the bleak desperation of the title track will surely send you into a cold sweat. Twelve months later they would return with the staggeringly poppy, up-tempo ‘Love Cats‘… but in their wake something was stirring…and it was stirring in Yorkshire

The Sisters Of Mercy – First And Last And Always, 1985

The Sisters of Mercy were a soap opera; seemingly besieged by problems at every turn which would eventually lead their initial demise before being brought back to life (oh the irony!) by uber-Goth Andrew Eldritch. Many will point to Floodland as being the quintessential Sisters album but I’ll hear none of your treason. First And Last And Always is a masterpiece and marks the spot at which goth became seriously gloomy. Underpinned by the metronomic drum machine, Doktor Avalanche, and the omnipresent swirl of Wayne Hussey’s strings, the album turned misery and suffering into something more accessible for the disaffected masses. The second half of the album (or side 2 for older readers) is a descent into the very bowels of drug-induced torment. If ‘Marian‘ doesn’t grab hold and suppress your soul then ‘Nine While Nine’, ‘Possession‘ and the truly monstrous ‘Some Kind Of Stranger‘ will have you begging for a merciful release…which, appropriately, was the name of their record label. There is beauty in there, trust me, and First And Last And Always still stands up to scrutiny some 30 years later, if you’re a miserable sod like me. Oh, I haven’t even mentioned the dry ice yet have I…?

If you know your goth history, then you know what happens next. The Sisters of Mercy imploded, legal proceedings were invoked and the axis of Hussey/Adams went away to form The Mission, arguably the most cartoon goth band of them all. They were also the most successful. Trailed by a handful of low-key singles, God’s Own Medicine was instantly adopted by goth aficionados with a devotion that hasn’t diminished some 30 years on. Hussey was once chastised for supposedly highlighting ethereal words in his dictionary; the accusation being that he would then use these as a framework for his songs but that was an indication of the snobbery the band were subject to. Sure, The Mission were over-laden with nonsensical bombast but they were bright enough to understand the appeal of goth was as much the look and feel as it was the music. God’s Own Medicine was choc-full of Hussey’s barking, rasping vocal style and occasionally showed a lighter touch and an ear for a pop melody; ‘Severina‘, for example. But The Mission were at their most ferocious when they camped it up and went full throttle for the dark hearts of their followers; ‘Wasteland‘ being the limb-waving call to arms the mid-80s was crying out for.

Oh My Word. If The Mission were merely playing at being cartoon goths then this lot scared the bejesus out of me. With an image that was part Western, part accident in a Homepride factory, Fields of The Nephilim were seen as mere pretenders initially, the growling and enigmatic Carl McCoy seemingly no more than an Andrew Eldritch clone. However, upon hearing their second album, unimaginatively titled The Nephilim the landscape suddenly shifted. To this day, barely a month goes by without me listening to this lost treasure at least once and yet I still haven’t a clue what they are banging on about half the time. ‘Endemoniada‘ is ominous, ‘Moonchild‘ perplexing, ‘Chord of Souls‘ angry, ‘Celebrate‘ deeply unsettling and the epic ‘Last Exit For The Lost’ does exactly what it says on the tin, slowly mounting the tension to the point of unbearable distress. No one ever references this album, The Nephilim were just weird and too impenetrable for some yet the album still made the Top 20 upon it’s release. The nine tracks clock in at just under an hour and even in the halcyon days of goth The Nephilim stood apart as a monument to just how bewitching an art form goth had become. Nothing has come close since.