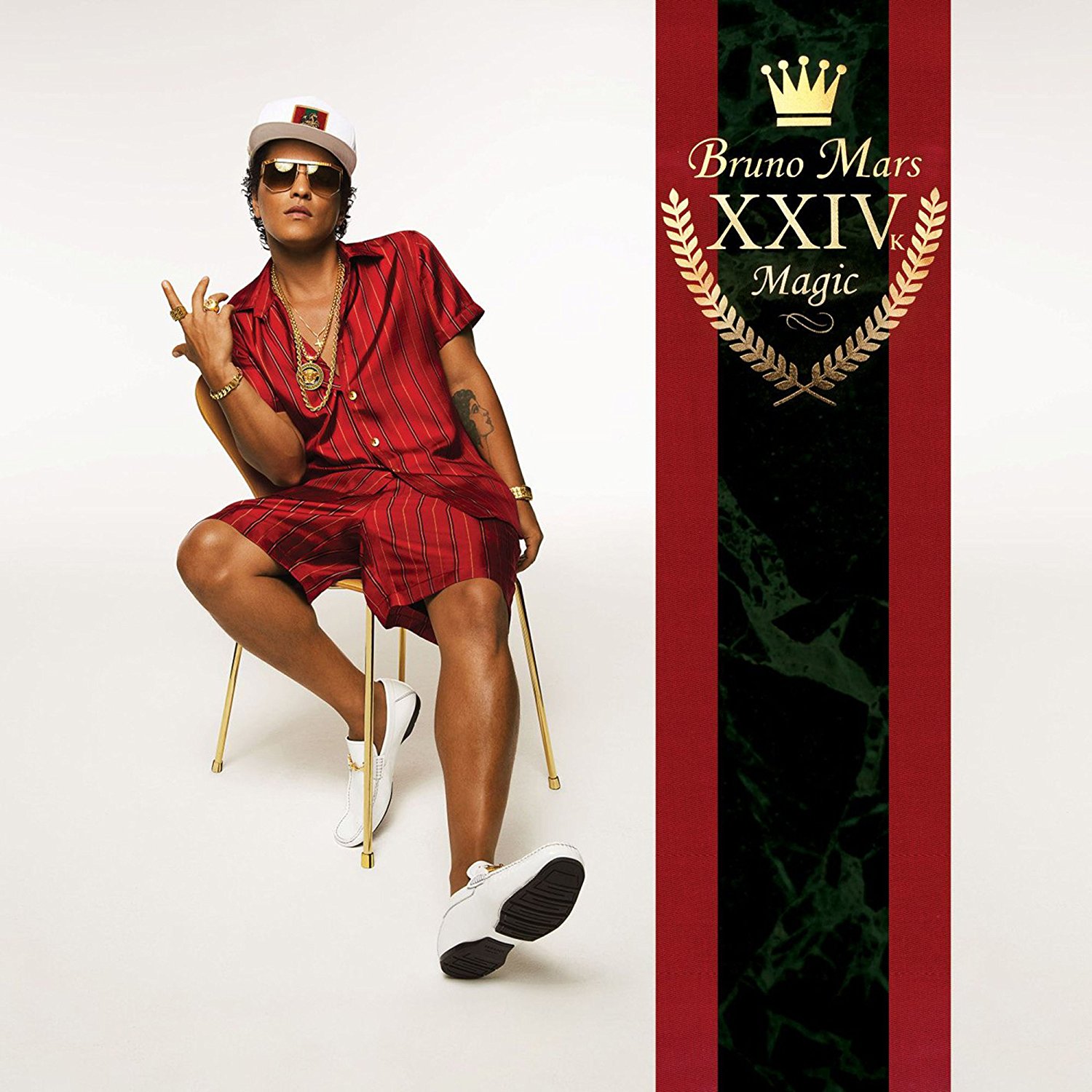 When Bruno Mars broke through in 2010, I would have had a hard time believing that I’d ever really enjoy one of his albums. This was a man responsible for chintzy ballads such as ‘Just The Way You Are’ and one of the most irritating singles ever made, ‘The Lazy Song’. His 2012 album, Unorthodox Jukebox, wasn’t great, but signs of improvement were there. ‘Locked Out of Heaven’ was a brilliant Police-inspired single and ‘Treasure’ was one of the best disco pastiches in a year full of them. Four years on and Mars has gone and made a whole record full of songs of that quality.

Recently having enjoyed his biggest success collaborating with Mark Ronson’s on their inescapable single, ‘Uptown Funk’. Mars hasn’t directly tried to recreate that formula, but there are similarities. Lead single ‘24K Magic’ has similar influences as the underrated 80s funk revivalists, Chromeo. The vocoded vocals recall Zapp with a hint of The Gap Band (the latter having been sampled on ‘Uptown Funk’). Just like ‘Locked Out of Heaven’, it’s a lead single that seems slight on first listening, but quickly became lodged in my head.

‘Chunky’ follows with its polished funk and irresistible creeping groove. It should have no problem following the title track into the top five. ‘Perm’ has an excellent use of brass and call and response vocals, in which the influence of James Brown and Ohio Players is clear.  ‘ The remarkable ‘Finesse’ manages the impressive feat of channeling 80s Janet Jackson and 90s Michael Jackson at the same time. Jam & Lewis have been a common influence on some of the best recent records and you can hear them all over 24K Magic.

Mars’ passion for early 90s R&B is clear on the album’s ballads, especially on closer, ‘Too Good To Say Goodbye’ which aptly features Babyface. The ballads recall Jodeci, Boyz II Men or even Mariah Carey. The gorgeous ballad,‘Versace On The Floor’ is 24K Magic’s central moment and is the highlight of Mars’ career so far. The execution is spot on from the sparkling keyboards right down to the illuminating solo that turns into a perfectly played key change. The funk tracks are Mars heading for the dancefloor, and the ballads succeed at being the slow dances.

The most immediate thing about 24K Magic is the impeccable production and how unapologetic Mars is about recreating his influences. This record reads like a history of smooth soul music with equal parts 70s funk, 80s R&B and 90s new jack swing. Just like some of his key influences, he’s made a record that’s straight to the point with no filler (think Cameo’s Word Up, Alexander O’Neal’s Hearsay, or Change’s Miracles). If Bruno Mars continues to improve this much, his next album could be a masterpiece. This really has been a year of surprises.