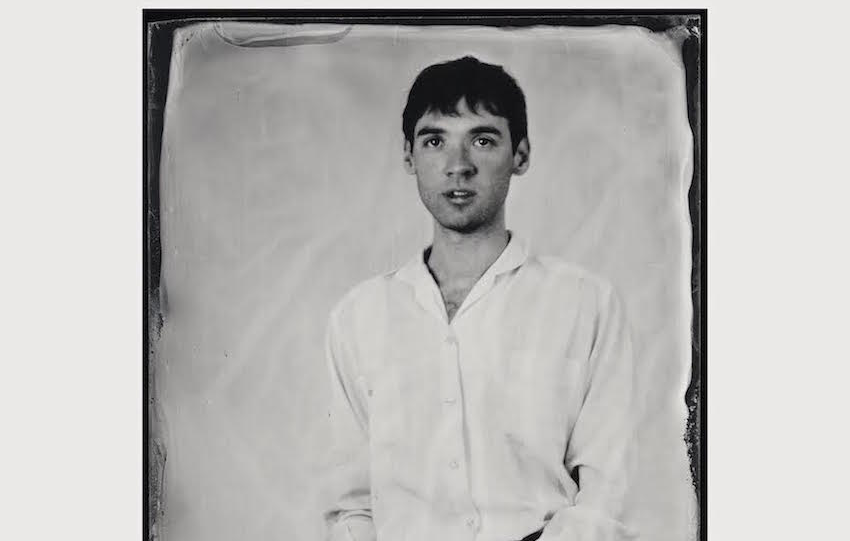 It’s been a bizarre year. Some would say it’s been thoroughly depressing, what with the still ongoing body count of much loved celebrities and political catastrophe. One of the things that surely saw ALL of us through the year, however, was the rather unusual quantity of outstanding albums released in 2016, a year which exceeded all expectations creatively and provided the perfect soundtrack to quite probably the strangest twelve months in living memory. Anyway, enjoy the list as voted for by our core writers, delight in your higher placed selections and feel free to vent your spleen about the ones that didn’t make it, or the ones you felt shouldn’t have…

Congratulations to Meilyr Jones, who wins God Is In The TV’s Album Of The Year award for 2016.

EDITOR’S CHOICE – Our Festival Editor, Anastasia Connor, chose 2013 as her Album Of The Year.

‘For me 2013 started back in August 2015.  I first heard ‘Refugees’ listening to tracks by artists playing Green Man.  Startlingly beautiful and boldly defiant, it made me curious enough not just to see Meilyr Jones live but to arrange an interview with the man. Nervous but frighteningly intelligent, he appeared a gentle and passionate soul: innocent but not naïve, humble yet clearly ambitious, warm without being mawkishly earnest. In truth, he immediately struck me as someone extraordinarily charismatic, a bona fide pop star in the making; so when the album landed in my inbox in November 2015 I knew it was going to be very special. Over the following weeks and months it burrowed under my skin, lodged itself into my consciousness and became my constant companion.

To label 2013 “orchestral pop” would be doing it a huge disservice. For one thing, Meilyr’s musical canvas extends beyond any genre and period. It doesn’t fit any trends or easy definitions. It’s not “sound of 2016” by any stretch of imagination.  However, in years to come it may well become a classic debut. It doesn’t grasp for anyone’s approval.  Instead, it proudly stands apart from almost every other album of this year’s vintage. Its patchwork of musical styles and textures is bewilderingly rich and evocative, yet it remains joyfully unpretentious and welcomingly accessible. I’ve heard plenty of cold cerebral music and, frankly, it’s not that smart. “How to recognise a work of art”, on the other hand, is an instantly recognisable solid gold clever pop nugget that gets people dancing and singing along in seconds.

It’s also hard to ignore the fact that the album’s elegant beauty and unadorned honesty are an affront to the prevailing dark mood of cynicism and visceral hatred. Don’t get me wrong, there is no twee anodyne niceness about Meilyr Jones. His art is bold as much as it is beautiful, at times genuinely odd and often playfully subversive.  In fact, way more subversive and brave than any aimless discordant rage. In my eyes,’Be soft’ is by far the most radical message of the year.

There’s no denial that 2016 has seen an incredible crop of albums but choosing ‘2013′ as my album of the year wasn’t a hard decision. Its courage, visionary beauty and generosity of spirit made it a clear winner. A work of art from a man destined for greatness. Anastasia Connor

It is not just the willingness of Jones to look beyond – WAY beyond – rock ‘n’ roll history to create his first masterpiece (it is, after all, tinged with both the classical and the baroque as much as it is theatrical pop); it is also the endearingly mischievous prose that infiltrates each composition. When, on ‘Featured Artist‘, he sings “It wasn’t just some cunning stunt“, it is so subtle that you barely notice the schoolboy smirk in his voice. Loz Etheridge

Hopelessness is quite an extraordinary collaboration. Prescient, daring and at times mind blowing…a forward-thinking futuristic record that crafts a unique sonic tapestry and laces it with immense vocal power.  Bill Cummings

Released on the eve of his sad passing at the start of the year, David Bowie‘s Blackstar was his last artistic vision delivered to a world that felt his loss.  It is Bowie experimenting again, as he has done throughout much of his career, forging new paths, sometimes so ahead of himself that the public have been scared to follow. Ed Jupp

EDITOR’S CHOICE – Our Deputy Editor, Simon Godley, chose Skeleton Tree as his Album Of The Year

Skeleton Tree is possibly the most perfect evocation of grief ever put to record. The music – minimal, barely changing, no peaks or troughs – perfectly approximates that unsilenceable background hum of sadness that is always there in the mind of anyone who has outlived a loved one; whilst Cave, muttering, slurring his words, alternating between anger, despair and, right at the very end, hope (the album’s final words are “It’s alright now“), struggles to shut it out, to cope with the magnitude of what he is living through. Tim Russell

Lemonade is Beyoncé’s most engaging and consistent record to date, rarely faltering in its vision and proving that the Texan singer isn’t to be messed with. Instead of shying away from the toughest questions in her personal life, she channels them into a record that’s powerful, evocative and laced with a fine smattering of political commentary. Eugenie Johnson

EDITOR’S CHOICE – The main man, our editor, Bill Cummings, chose Varmints as his Album Of the Year.

Songwriter, producer, composer with a classical background and winner of the Scottish Album of the Year award, Anna Meredith is a prodigious talent.  Her magnificent Varmints is the daring, adventurous and glorious sound of the solar system imploding.  Marrying a tapestry of electronic motifs with a dexterity of percussion, vocal loops, cavernous strings and samples, it sounds like it’s been beamed from another planet.  An utterly entrancing and affecting record. Bill Cummings

EDITOR’S CHOICE – Our News Editor, Eugenie Johnson, chose The Midnight Sun as her Album Of the Year.

But just as you’re settling into a comfortable feeling, you’re suddenly thrown back through the Stargate with ‘Wanted To Want It To’’s shimmering waves of synthesiser careering through a dizzying wormhole. ‘On Course’ paddles through the vast expanse of some future highway, made of nothing but memories and there’s a fantastic swirling of synthesisers in ‘Last To Leave’, evolving like a lullaby of pure ethereal beauty. Nad Khan

EDITOR’S CHOICE – Our New Music Editor, Toni-Michelle Spencer, chose The Renegades as her Album Of The Year.

Previously described – by me – as a melting pot of genres, Yashin‘s Renegades should perhaps sound a total mess, unsure of what it is and why. In reality, what you end up with is sheer brilliance from start to finish, without ever becoming boring no matter how many times you play it. Toni-Michelle Spencer

EDITOR’s CHOICE – Our Live Editor, Dean Mason, chose The Peace And Truce Of Future Of The Left as his Album Of The Year.

Have they mellowed? Has their sound and ethos progressed onto a new sonic plane? Well, no. Of course it hasn’t. FOTL remain les enfants terrible of the modern musical world, refusing to follow industry rules and ploughing their own unique furrow.  Dean Mason

EDITOR’S CHOICE – Our Albums Editor, Loz Etheridge, chose American Band as his Album Of The Year.

The mood is bleaker – much bleaker – and instead we have merely a subdued grey image of the national flag at half-mast. Few bands, however, have ever been better at political angst, and the truth is that it seems these grim, unsettling times have revitalised them into making their best album in well over a decade. Loz Etheridge

11) Ryley Walker – Golden Sings That Have Been Sung

If Primrose Green was paramount in catapulting Ryley Walker into the nation’s conscience, one suspects that Golden Sings… will put paid to his days as a penniless jobbing musician once and for all. This deserves to – and hopefully will – be remembered as a classic album for many years to come. Loz Etheridge

Suicide Songs is their second album and is a more organic and earthy sounding record, but one which also continues to expand on the aesthetic of the debut. Singer Jamie Lee is a most convincing frontman and lays his soul bare on, as the album title suggests, songs of pretty weighty lyrical content. If ever a fourth This Mortal Coil album were to be commissioned, then it is easy to imagine Lee being on the hit list of desired vocalists for the collective. Andy Page

The sounds KING create are familiar, touching on various other amazing R&B music, but they still have their own unique sound. I could describe We Are KING as sounding like Quadron’s underrated album Avalanche as if it had been produced by peak-era Stevie Wonder, but that would only scratch the surface of what KING are about. The empowering way they sing about love, paired with the fact they’ve done everything for themselves (on the business side as well as the music) is utterly inspiring. Jonathan Wright

The release of SVIIB is an incredibly bittersweet experience. After the heartbreaking death of Benjamin Curtis in 2013 (he was diagnosed with lymphoma the previous year), this will be the last new release under their name. SVIIB contains music Curtis and Alejandra Deheza worked on before he fell ill and that was completed by Deheza after he died. It’s hard not to have this in mind when approaching these songs. Amazingly, this is their most uplifting record. Jonathan Wright

I do not wish to give the impression that this is an album full of torch songs and tortured soul ballads; it’s anything but that. The riffs are consistently invigorating, the melodies lavishly seductive, and the vocals so persuasive that it is impossible not to feel like you are sharing in their grief, coupled with an enthusiastic optimism that the departed spirit has now been relocated to a better place. Loz Etheridge

Narrated in chronological order, mapping pre-catastrophe, the moment of woe, mourning and post-bereavement, it’s comparable to Björk‘s 2015 album Vulnicura. To be appreciated for their artistic merit and true impact, they both have to heard in their timeline of grief and acceptance. Matt Hobbs

My Woman may on the face of it be an existential document to a love that is crumbling before your eyes but listen closer and you realise she’s questioning whether love is even worth it, and what it means to try and hang onto yourself whilst in the churning eye of a contradictory relationship. All soundtracked by an album of superb power pop songs rubbing alongside gloriously towering, soulful compositions. Bill Cummings

19) The Felice Brothers – Life In The Dark

The Clash, of course, attained a famous tagline about being “the only band that matter.” To this end, I would like to make a motion that The Felice Brothers should be recognised henceforth as “the most reliable band since the turn of the millennium.” Seriously, Life In The Dark is as good as anything the band has previously released, and, on several occasions, perhaps even better. Loz Etheridge

It’s as ever a strange project, but that’s become the norm for those people aware of Adam Green. As an album it stands up to an enjoyable listen without seeing the film, with songs like the pretty ‘Never Lift A Finger‘ standing up alone. Having not yet seen the film maybe it will be able to add clarity to the songs on this soundtrack, although knowing Green it will probably make things more confusing, albeit in an enjoyable way if you’re willing to accept that you’ll never be able to quite figure him out. Stuart Bennett