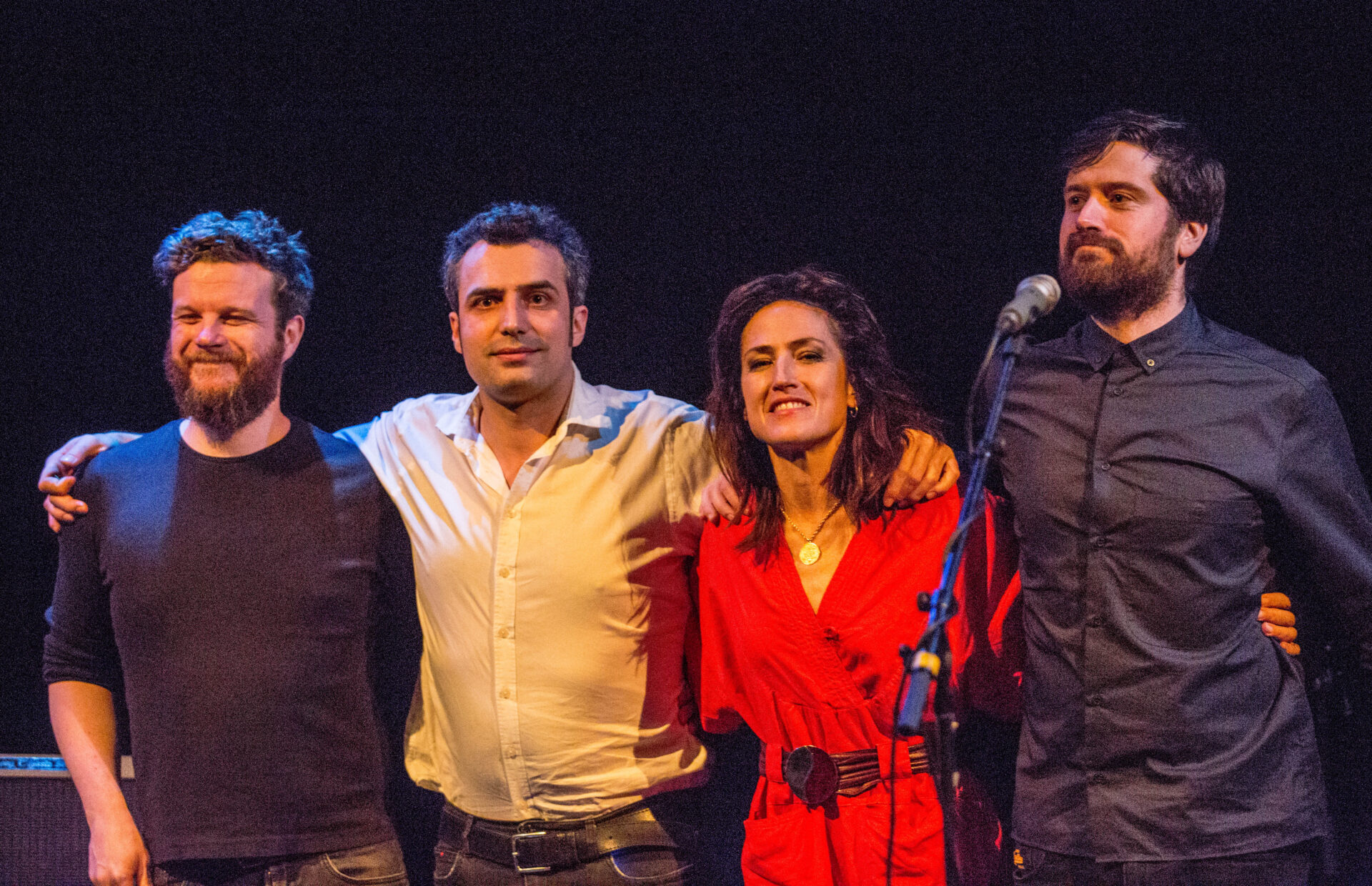 As the audience waits for this anniversary concert to begin, Tom Waits’ ‘Come On Up To The House’ drifts through the Pocklington Arts Centre auditorium, the song’s title serving as the perfect embodiment of all that is Reveal Records. Everything about this independent record label is inviting. It is warm, welcoming and just as Kris Drever describes the imprint later on in the evening, “diverse, interesting and kind”.

Founded, and still run by Tom Rose, Reveal Records began life as an independent music retailer in the late 1990s, though the label itself did not start in earnest until 2007.  Ten years down the line we have all gathered here in the most unlikely, but nonetheless really rather perfect surroundings of a small market town in the East Riding of Yorkshire to mark the occasion of a decade of Reveal Records.

Opening the evening’s celebrations is one of Reveal Records’ impressive roster of musical talent, Dan Whitehouse. The Birmingham-based singer-songwriter plays four delightful songs from his latest album That’s Where I Belong, including ‘Closer’ – co-written with fellow label-mate Boo Hewerdine and reflecting a world seen through the eyes of a Syrian refugee – and the soulful ‘Work’.

Just as all four of the label’s artists here tonight will do throughout the course of the evening, Dan Whitehouse speaks lovingly about Reveal Records. He likens it to a beautiful secret garden, one that Tom Rose has tenderly nurtured over the past ten years.

Whitehouse’s set blends seamlessly into that of Richard J. Birkin, who illustrates perfectly the diversity of Reveal Records to which Kris Drever will later refer.  A modern classical composer from Derbyshire, Birkin’s music shifts from dramatic resonance to quiet hypnotic eloquence. Performing music from his most recent album Vigils – released last March to great critical acclaim – the last two pieces he performs here are inspired by cities at night and in their atmospheric sweep they vividly capture the stark neon emptiness of those urban landscapes.

After a short interval, Kris Drever takes to the stage. Hailing from the Orkneys but now living in the Shetlands and perhaps best known for his work as one third of the experimental folk trio Lau, here Drever concentrates on his own solo work. Paraphrasing the sentiments of his opening song ‘Beads and Feathers’ (taken from his debut album Black Water), he is clearly not someone who would “sell his soul for trinkets and Brexit”. Nor is he “just a middle guy” as he references in the ensuing ‘Wintermoon’. He is, instead, a remarkable talent moving Joan As Police Woman to playfully suggest when she followed Drever that she “was very angry with him” for being that good.

Drever’s songs are laced with sharp lyrical observation, political insight, huge compassion and shot through with tremendous dignity. His cover of Lal Waterson’s ‘Midnight Feast’ may well point to the great folk tradition where his heart lies, but the fluid intricacy of his guitar playing and the range of melodies that he can deftly embrace confirm his wonderful ability to work well outside of that narrow idiom.

Listening to each of these performers here tonight you sense that the Reveal Records firmament is one based upon a spirit of artistic egalitarianism, but if the label did have a brightest star then that would surely have to be Joan As Police Woman. The American musician and record producer (Lau’s 2015 album The Bell That Never Rang is listed amongst her notable credits) Joan Wasser is tonight playing one of two very rare solo shows in this country – the other is tomorrow night in this self-same venue – ahead of a series of European dates to promote her most recent release Let It Be You, a collaboration with fellow New Yorker Benjamin Lazer Davis.

Whilst she promises “tons of new songs” for her show the following evening, tonight in honour of the occasion Joan As Police Woman confines herself mostly to her older material. She opens with ‘Flushed Life’ from her debut album Real Life and as she alternates between piano and guitar equally criss-crosses across various stages of her recording career before ending up ten songs later with the title track from that peerless record.

It is a haunting, often mesmerizing journey – ‘Forever And A Year’ is nothing short of spellbinding – and one in which Joan As Police Woman not only takes us back to her earlier days as an indie-torch singer but points to the way ahead with the inclusion of two new songs, ‘Warning Bell’ and ‘What Was It Like To You?’ (the latter a heartfelt homage to her late father), that are destined for her next album.

Before she encores with Kris Drever on an energetic romp through ‘Christobel’ and all four artists reconvene for a beautiful, valedictory reading of Lau’s ‘Ghosts’, Joan Wasser speaks emotionally about how she owes her entire career to Tom Rose. This statement in itself tells us a great deal about the tremendous love and affection in which the man behind Reveal Records is held and how this independent imprint is so much more than just a record label. It is more of a closely-knit family and as one of its T-shirts proudly and accurately proclaims “home is where the art is”.