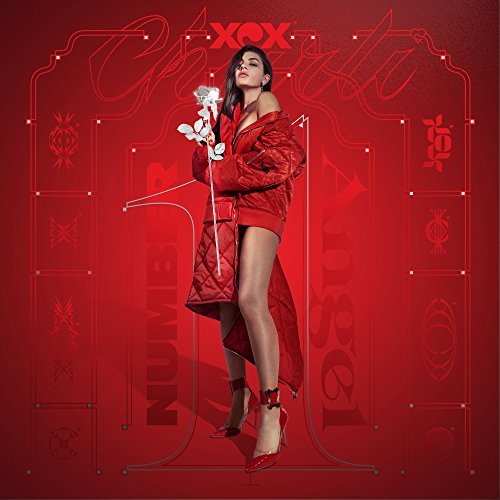 Charli XCX’s last album, Sucker, was a relative commercial failure even though it contained two top 10 singles and her profile had been raised from the success of her collaborations on the unavoidable hits, ‘Fancy’ and ‘I Love It’. Charli quickly announced that she was moving on from that era and started recording her third album. Since then a few predicted release dates have passed and Charli recently revealed her label has been sitting on the album for a while. To appease her fans while they wait for the full album, she’s given away this mixtape. After a frustrating year when she released the underwhelming Vroom Vroom EP and the not-quite-good-enough single, ‘After The After Party’, Charli is back. She’s changing direction again and reminding us of her gift for pop music.

Charli has stated that her third album will be club-oriented and euphoric and this mixtape is her angsty and emo phase. (It’s a similar pattern to Tinashe’s Nightride mixtape last year, which is proceeding her still-unreleased second album.) Number 1 Angel begins with the smooth trap-pop inspired, ‘Dreamer’, which is a brooding introduction with its huge bassline and slow hypnotising beat. The subtle bell chimes and lingering synth line in the song’s outro are examples of the tiny details that fill these songs.

‘3AM (Pull Up)’ follows and is the mixtape’s big bubblegum pop moment. Musically it has the same joyful feel as some of her very best songs (‘Superlove’, ‘Doing It’). The lyrics deal with her heartbreak as she sings, “Go f**k yourself, don’t say you’re sorry”. The pristine production compliments the bouncing rhythm and there are two addictive hooks that make up the song’s huge chorus. MØ makes a welcome appearance on the moving middle eight. It’s an absolute mystery why this wasn’t picked and pushed as the lead single from her upcoming third album.

‘Roll With Me’ is produced by previous collaborator, Sophie, and continues Charli’s obsession with PC music. Unlike the Vroom Vroom EP, Charli doesn’t sound like she’s playing catch-up and getting lost in the production. Her personality shines as the skipping synths and hyper melodies surround her. The head of the PC Music label, A.G Cook, produces most of these songs. ‘White Roses’ is gorgeous and minimal, and is their most successful partnership on the mixtape.

‘Babygirl’ is 80s-funk inspired, and features Uffie. It is a standout and wouldn’t sound out of place on Ronika’s recent masterpiece, Lose My Cool. ‘Emotional’ is a dramatic ballad that finds Charli asking, “when the lights go out will you be there?” as her voice breaks. It’s the closest song to the dark emo aesthetic Charli mentioned when describing the mixtape.

Number 1 Angel ends with the giddy, ‘Lipgloss’. Over a twisting synth bass and a clapping beat, Charli delivers another irresistible hook. CupcakKe appears in the verse and ruins the song’s obvious commercial potential with lines like, “never trust a man who wear briefs, ’cause he gonna wanna f**k and keep it brief” and “open my legs, bon appetit”. The song’s coda features Charli charmingly giving herself a shoutout. It’s a perfect end to this unpredictable mixtape.

Number 1 Angel manages to strike a balance of the sounds Charli has succeeded at in the past whilst still taking risks. She’s fused the dark 90s R&B of True Romance with the fiery attitude of Sucker and presented it as a concise and rewarding 10 track. She’s already made two of the best albums released this decade and this mixtape is a good indication that she’s back on the right track to make a third. Hopefully her record company won’t keep us waiting much longer to find out.