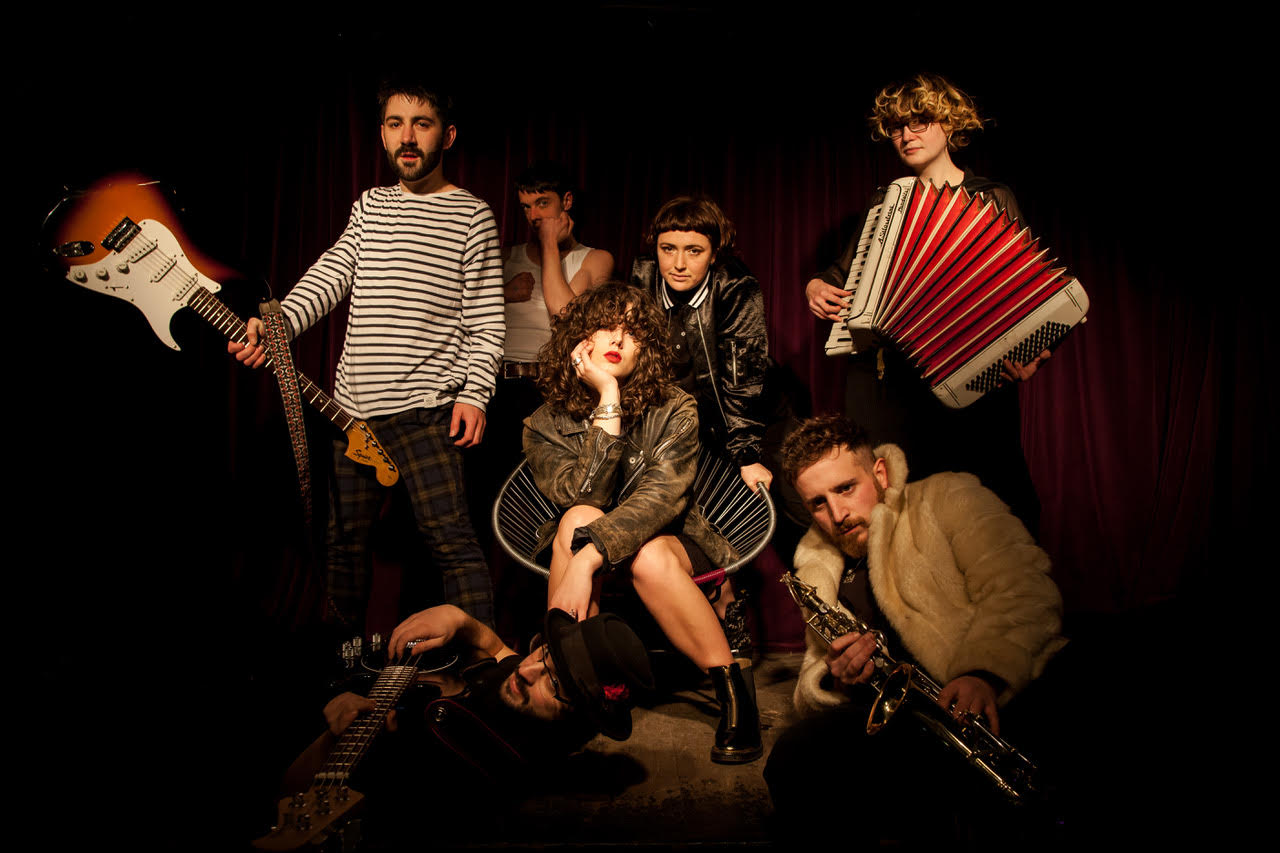 Hailing from Newcastle-Upon-Tyne, Holy Moly & the Crackers are a seven piece, who describe themselves as Gypsy folk-rock. That’s trying to keep the definition straightforward, but there’s an exciting mixture of sounds on display on their new album, Salem. Due for release on their own Pink Lane Records on July 14, the album was produced by Matt Terry (The Enemy), mixed by Gethin Pearson (Mallory Knox) and mastered by Nigel Watson (Scissor Sisters). Yes, there are folky elements within, but there’s a strand of rock that nods towards the likes of The Birthday Party or Tom Waits. What is impressive from the first listen is how the masses of elements on display come together to form something that is not only extremely easy to get to grips with but also utterly enjoyable.

The album opens with the title track, and current single, of which the band say: “It is hard, perhaps irresponsible, to ignore the tectonic shifts in our political structures over the last two years: Pandora’s box has been opened and the monsters are coming out. Ruth Patterson‘s (lead vocal, violin) take on the witch trials of Salem (1692), is a mature and intelligent metaphor for the combustive, dangerous mix of fear, ignorance and hysteria that is blowing up today. The past informs the present; will human nature ever change? “untie me, untie them, untie yourself from the saga that seems to go on for all time.” The band say that it felt right to name the album after the song. The album also features ‘Woman From Spain’ – about a lesbian holiday romance, which is a fiery fiesta-sounding song about a fling.

Lyrically, Salem is steeped in references to baroque, superstitious practice and the dark arts – tarot, memento mori, witchcraft and hallucination. It is perhaps rather appropriate that the album was recorded in a studio that was once a medieval chapel above a family tomb.

Yet do not let such things put you off. This is one of the most original sounding albums doing the rounds at the moment – and a fine example of the way that there are bands willing to try and do something new – and totally succeeding.