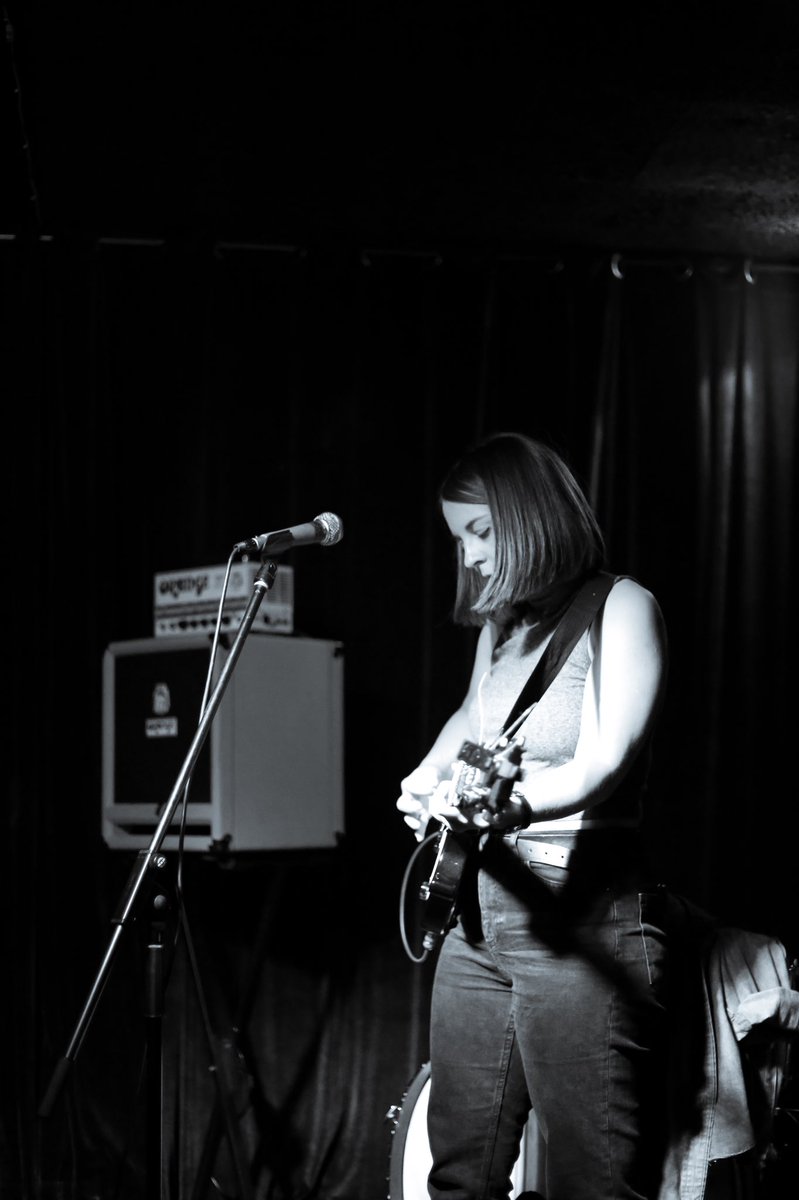 About half a mile across town, British Sea Power and their rag-tag assortment of cuddly animals are tearing it up; outside the streets of Leicester are filled with several hundred cyclists dressed in Halloween costumes. In other words, it’s your standard Friday night out in the city. The appearance of BSP, however, may account for the less than impressive turnout  for the ever-popular Cookie favourite Charlotte Carpenter who, on this occasion, has brought along friend and occasional collaborator Dan Wright and his band, Stylite, to offer up moral and musical support.

Stylite are a joy, aside from ceaseless guitar tuning between songs. Every track has a warmth and character percolating like a finely blended Colombian and I’m not talking marching powder. The delivery and personality of Dan Wright recalls the first time I ever saw Johnny Flynn and I’m similarly impressed; he just needs to pen a few tracks about metal detecting next. Sprinkle on some Neil Hannon quirk and you’re left with a thoroughly enjoyable 30 minutes of instantly appealing, melodic and downright fun numbers. Stylite are marked down in my little black book as ‘Go and see again’. You should do likewise.

Charlotte Carpenter has already spent the evening chatting to anyone and everyone in the bar upstairs; so much so that I guarantee she is already on first names terms with every member of her audience. This is her great USP, when she opens her lungs and the deep recesses of her heart, it’s affecting because you feel as if you already know her; her problems become yours, her small victories are ours to celebrate too.  She is the perfect embodiment of nominative determinism, place a piece of wood in her hand and she will use it to craft something of value to the world around her.

Unashamedly, this is the fourth occasion I have her caught her live within the past 12 months and on every occasion, as her catalogue has grown, so has her confidence and stage presence. It’s a brave move to open with the laconic ‘Lately’, hardly a foot stomper to kick us off but as she had already won us over in the bar, why not?  She is even sufficiently confident to allow her bandmates to sneak off for a couple of numbers whilst she picks her way delicately through a couple of solo numbers including the pseudo-angry ‘Hey Mr Cowboy’ which delivers its punch wrapped up in a velvet glove. Each song is presented with a pre-amble, like tasting notes to fine wines, designed for simplicity and savoured consumption; nothing is rushed, the intention is to luxuriate in the ambience of her story-telling.

Naturally, the tempo is raised for favourites ‘Fire’, ‘Electric’ and ‘Am I Alone In This’ together with a masterful re-imagining of ‘If I Could’. There may be more people cycling around outside dressed as Freddy Krueger than in The Cookie basement yet we are wrapped in something far more terrifying, a dark cloak of vulnerability which pervades through all of Carpenters’ work. This is never more explicit than in the heart-meltingly beautiful ‘Burn’ which still turns my insides to stone every time I hear it. The near silence which greets the song’s delivery is only part-ruined by the God-awful music bleeding through the ceiling from the bar upstairs. The set is rounded off by the cinematic new EP ‘Shelter‘ which ought to catapult Charlotte Carpenter to the next level in her burgeoning career; if anyone deserves to hitch a ride to relative success then it’s her.

Then it’s back to the merch table to press the flesh, smile for selfies and make a quid or two selling Shelter IPA, this is the life of your DIY musician. Please support her, she deserves it.

PS) A note to my friends at The Cookie, if you’re going to promote acts like Charlotte Carpenter who are unlikely to have the paint peeling off the walls and require a certain atmosphere then turn down the bloody music in the bar! Respect the artist, respect the art!