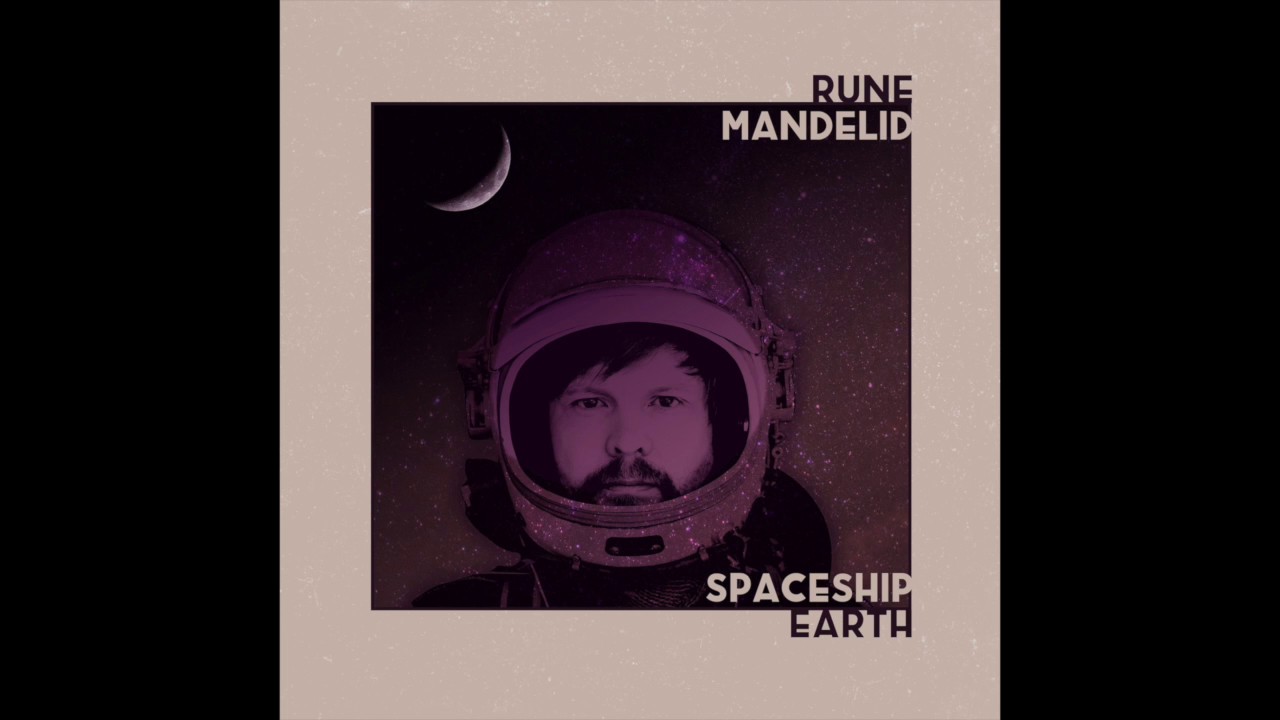 As a strange cigar-shaped asteroid-cum-spaceship flies past the Earth, potentially carrying evil aliens intent on enslaving us or zapping us with death rays, perhaps this is an apt moment to listen to ‘Spaceship Earth’, the project of Norwegian composer Rune Mandelid.

Rune is an interesting character. He studied jazz to Masters Degree level at Leeds University, which at first seems a little strange, coming as he does from a country where jazz is almost a religion, but he swears by the opportunity to experiment that was offered to him and this album is assuredly experimental.

He also has a more traditional rock/pop background as a guitarist in Captain Gone, a well-known band around Oslo which momentarily is Sol Heilo’s (Katzenjammer) gigging band for her tour starting in February in support of debut album ‘Skinhorse Playground.’

The 10-track Spaceship Earth is the culmination of Rune Mandelid’s knowledge to date as a composer, guitarist, vocalist, and engineer.

The title track gets off to a good start with an early reference to “Spaceship Human Enterprise”; it’s always useful to make a pun on something most people are familiar with. It is immediately evident that vocals are not Rune’s greatest asset, but lyricism is one of them. Although he makes no claims about it there’s an early suspicion that he played many if not all of the instruments himself, like you’d just know Mike Oldfield played just about everything on ‘Tubular Bells’, even if you didn’t know. (As indeed does Ms Heilo on her album, there must be something in the water over there).

‘Stones balancing’ is a complex acoustic guitar-led piece, backed by even more complex strings terminating in a mind blowing 9/8 time signature passage , then ‘Storm Has Passed’ is a more laid-back electric guitar and bass heavy song that actual becomes danceable the more you listen to it, whether or not that was the intention. The first moment that the experimental jazz background becomes evident is on the oxymoronic ‘Past Future’ but it is never daunting, as is also the case with ‘Heart of a Dying Star’ the final section of which takes the form of a ‘Classical Gas’ – style plucking session that Norway’s Jazzfather Jon Eberson would be proud of, in open competition with sumptuous strings.

The most intriguing track is ‘Snow Becomes Waterfalls’, which is delivered in the odd and vary rare 15/8 time signature and you don’t hear that every day. Whether or not it is conducive to the song’s subject matter is up for debate but the technical mastery is impressive. You can even hear the out-of-place note that goes with the signature.

‘The Guru Said’ has the feel of a King Crimson track with a guest spot from Jethro Tull while ‘Moonlit Mountains’ is a jazzed-up hoedown. One of the more melodic tracks, ‘Conspiracies’ also features a much more prominent and effective vocal contribution than was evident on earlier tracks, while the final one, ‘If I Could,’ unexpectedly takes the form of a mournful ballad, almost fado-like in its intensity towards the end.

Spaceship Earth is an album created by a musical perfectionist for music perfectionists. It won’t be pushing for a #1 Christmas chart position but it is certainly worth checking out. The most appropriate time would be with a glass of wine or something you rolled up to help you prepare for lift off.

Perhaps its most endearing quality is that while it was created by a purist in the field of jazz, there is not that much jazz in it; well, not as we know it. Nice.

Spaceship Earth is out now on Rucerecords.