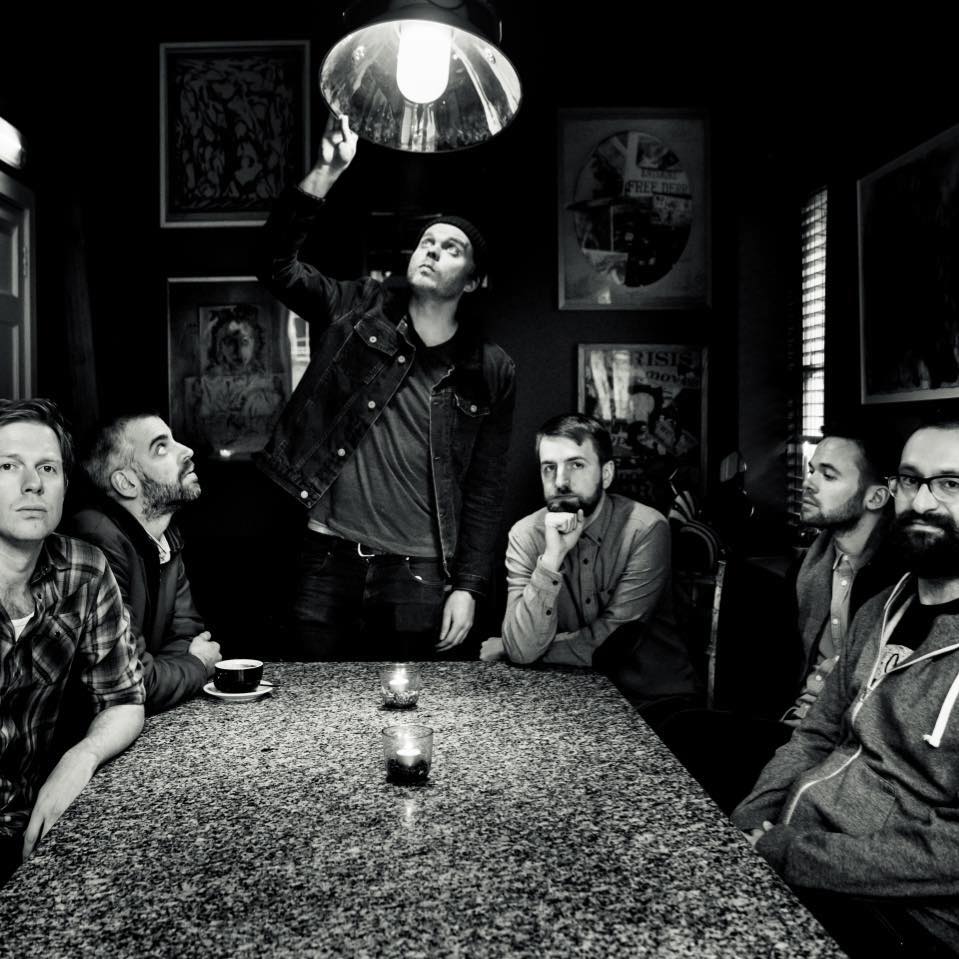 Addressing the crowd during this gig, Broken Records frontman Jamie Sutherland tells us that the band’s fourth and latest album What We Might Know was actually made in 2016, and that, therefore, they’ve been sitting on it for a long time. With over a decade having passed since those early gigs and singles prior to signing to 4AD for two albums, they’ve grown older. “I never envisaged making a record about approaching middle-age and it’s almost a bitter pill to swallow!” he tells us.

Of course that makes it sound like the album and gig are a downer. And they’re so not. If you’ve heard the album, the band sound reinvigorated (no mean feat, considering they didn’t sound tired on any of their records). As this is an album launch tonight’s sixteen song (count ’em!) set is primarily concerned with the new album. As they rip into ‘Let The Right One In’ it’s so easy to get swept away by the sheer weight of emotion on offer for your aural pleasure. By the time it’s over, Jamie has broken half of the strings on his acoustic guitar. He doesn’t do anything as rockist as replace them for the set.

Curiously, while many bands keep trying to add more and more to their sound as the years go by Broken Records have actually stripped things right down. The cinematic flourishes which characterised those two 4AD albums at the turn of the decade have gone. When the set finishes with their debut’s opener ‘Nearly Home’ (the only song from that album to get an airing tonight) it gently reminds us just how far they’ve come. Rory Sutherland does still play violin for some of the tracks, but these days he’s far more likely to be playing keyboards on stage.

Bruce Springsteen remains a big influence on Jamie’s writing, minus the bombast, but the band are finding their own type of epic. The single ‘They Won’t Ever Leave Us Alone’ should be lighting up festival stages from Boston to Belarus if there was any justice (we all know that when it comes to music, sadly, there often isn’t). There’s other influences creeping in, too – Jamie tells us that ‘To Be Free’ was an attempt to write a song in the vein of Sam Cooke.

What We Might Know reminds those who may have forgotten just how ruddy great Broken Records are. Live there are so many songs that are just begging to be heard – ‘Open Ground’, ‘The Inbetween’ and ‘Clarity’ across a wider audience. Our ears ring as we walk off into the night, but truly, it was worth it.