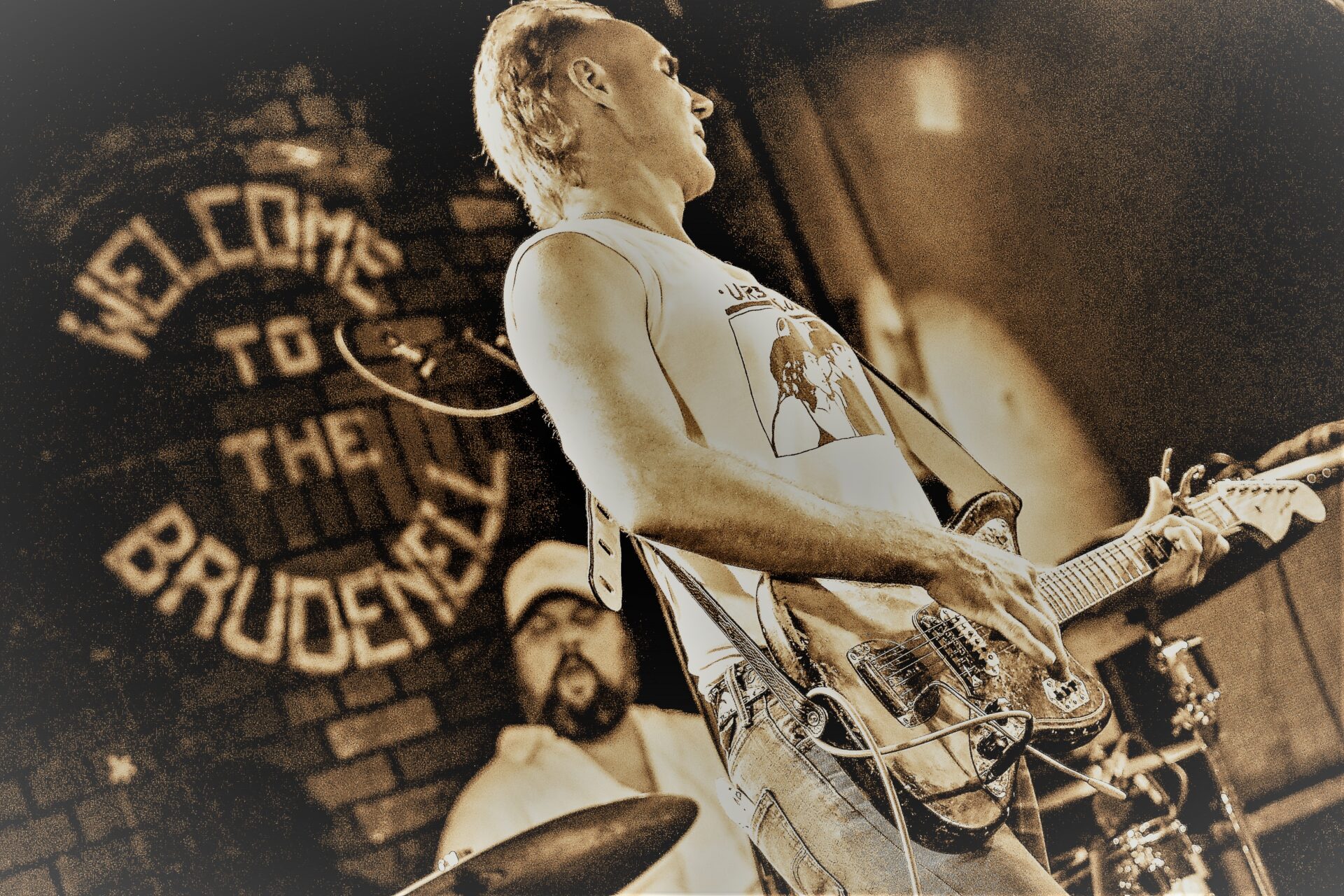 “T is for Texas.” This was Josh T. Pearson’s reply when asked what the T stands for in his name. This, of course, may not be true. Pearson’s life is kind of like that, a place where the lines between fact and fiction often seem to get blurred. He does hail from the Lone Star state, though, that is not in doubt. And he currently lives in Austin. He says he wrote his first song at the age of 12. It was called ‘Oh Lord’, written in the key of C apparently, it’s title nodding towards his Pentecostal upbringing. At one point tonight he tells us that his goals in life are to “just play music and serve God the best I can.” Given his huge talent for self-deprecation and sharp, ironic wit you can just never quite tell when the man is being totally serious.

What is not up for debate is that in his “younger, more psychedelic days” Josh T. Pearson teamed up with Andy Young and Josh Browning from Denton, Texas and formed Lift To Experience. They recorded one album, The Texas-Jerusalem Crossroads, the 2001 release that Pearson describes prosaically as being about “the end of the world” but is one which critics routinely regard as one of the best records of all time. Lift To Experience then self-combusted and Pearson drifted off into the wilderness for a decade, a period during which he found God presumably because he had lost him somewhere earlier along the way.

With his then long hair and straggly beard Josh T. Pearson did actually look a lot like Jesus, though whether the Lord would have taken to wearing a Wrangler denim jacket or stagger into a holiday camp store to purchase cigarettes without the aid of any coin of the realm (as we bore witness to Pearson trying to do at the All Tomorrow’s Parties festival at Minehead in 2009) is probably open to question. He did cut a figure of someone who was perhaps struggling to find their way in life.

But Pearson did find his way and how, releasing his first solo album Last of the Country Gentleman in 2011 to universal acclaim. Without fear of contradiction it surely has to be one of the best records of the past ten years. Recorded over just two nights in Berlin, it is a brilliant, spontaneous exercise in human catharsis replete as it is with tales of deeply harrowing heartbreak and peppered with rich Biblical imagery. With remarkable disingenuity and only partial accuracy Pearson refers to Last of the Country Gentleman as his “smash hit divorce record.” 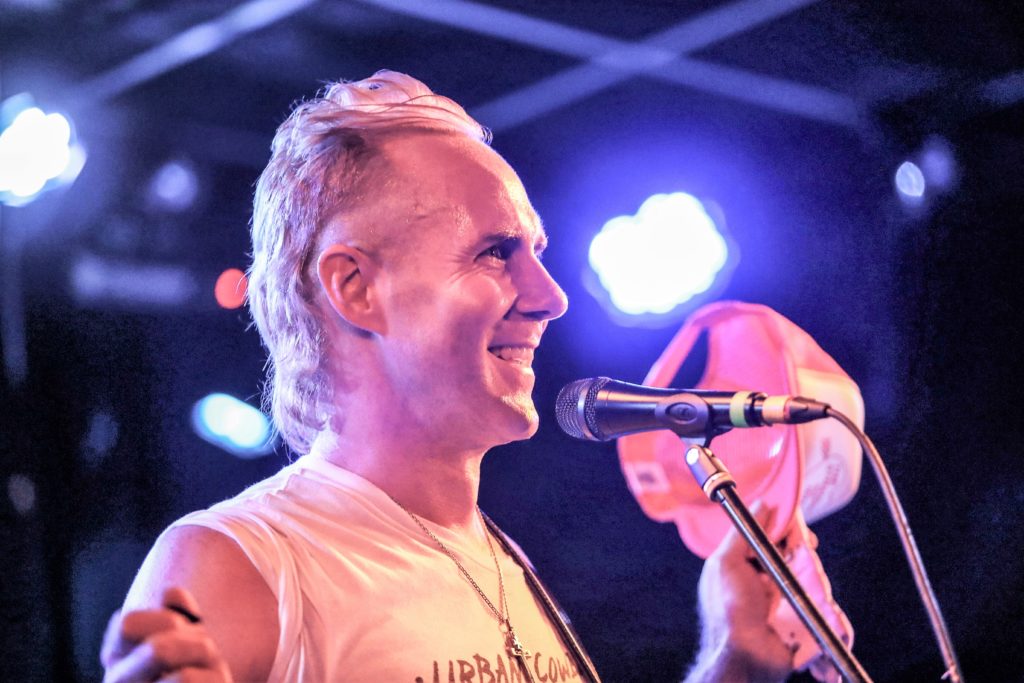 Since then Lift To Experience reformed, playing a reunion show at London’s Royal Festival Hall as part of the Guy Garvey-curated Meltdown Festival. The Elbow frontman has described Josh T. Pearson’s as having “the best voice in modern-day music” and there is nothing that you hear in the Brudenell tonight that would strongly dissuade you from such a view.

Josh T. Pearson arrives in west Leeds today in an improbably huge tour bus on what is the first date of a short tour of the UK and Ireland before he and his three band members head over into mainland Europe, culminating in an appearance at Barcelona’s Primavera Sound festival at the end of May where they will perform as Lift To Experience.

Tonight’s show is billed as Josh T. Pearson but to all intents and purposes, it is Lift To Experience, a claim reinforced by the fact that Andy Young is once more sat behind the drum kit. That said, the band do not perform any Lift To Experience songs concentrating instead on material from Pearson’s second solo album, The Straight Hits!.

The record has received what can only be described as being mixed reviews, a fact of which Pearson is only too aware. For a man of such apparent great self-belief, he does seem riddled with a certain anxiety tonight, unsure of what reaction these songs will receive. His uncertainty seems compounded by the fact that this is the band’s first public outing. “We will work out the kinks and try to do our best,” he says on more than one occasion during the evening.

It is ramshackle, much like most of The Straight Hits! Itself, but this “loose” feel only adds to the evening’s ruinous charm. The band open with a triple salvo of ‘Straight to the Top!’, ‘Straight At Me’ and ‘Give It To Me Straight’, each song a rollicking cow-punk antidote to the heart-wrenching misery of his previous recorded outing. 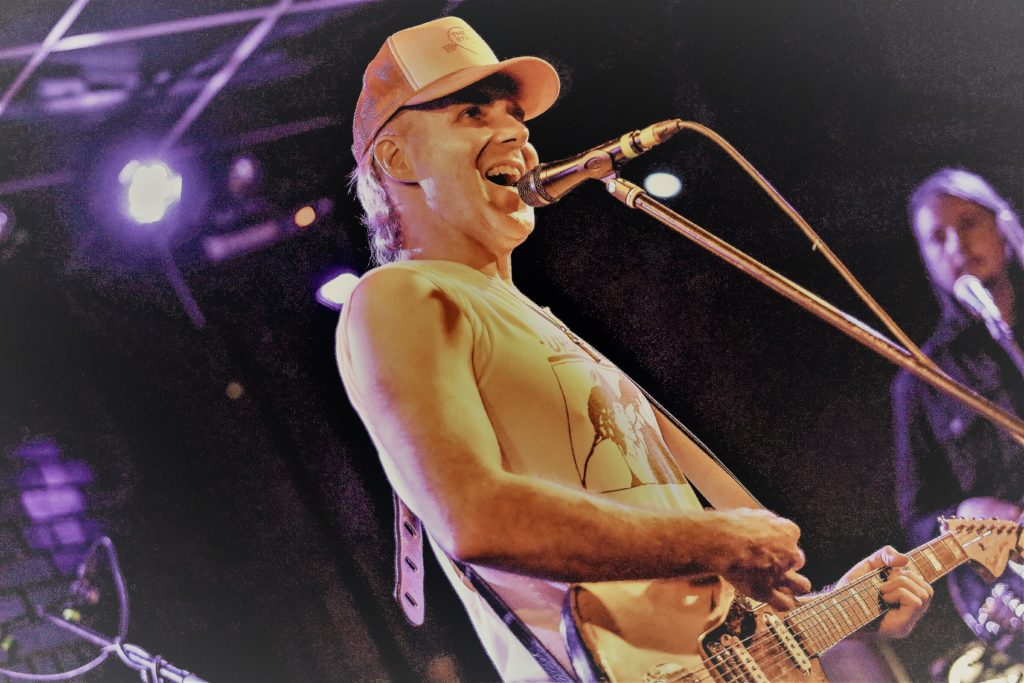 Pearson, though, then takes us back into that more melancholy territory by performing two songs from Last of the Country Gentleman, albeit “Dirty 3-style”. During the first of these, ‘Sweetheart I Ain’t Your Christ’, Pearson almost breaks down in tears so overcome is he by the emotion and memories this song clearly stirs up for him. And this moment almost perfectly captures the great artistic and personal dichotomy of the man. One moment he is cracking jokes – including a particularly distasteful one about a chickpea – the next he is nearly falling to pieces.  After playing a similarly deeply moving ‘Woman, When I’ve Raised Hell’ and almost by way of apology for his apparent loss of self-control, he reflects “these old songs kind of sneak up on me.”

After solo renditions of ‘I’m So Miserable Without You’ and ‘Whiskey Straight Love’ and perhaps conscious of moving too far into desolation row, the band returns and Pearson promises us a song that will “rock your balls off”. An incendiary ‘Loved Straight To Hell’ – complete with riotous trumpet blasts – does just exactly that.

Following a supreme reading of Neil Halstead’s ‘Yer Feet’, Pearson signs off with what is surely the centrepiece of The Straight Hits! and the album’s strongest song, ‘A Love Song (Set Me Straight)’. Pearson explains, “I know I look tough” – and with his new clean-shaven appearance, snake-hips, skin-tight ‘Urban Cowboy’ T-shirt, and his bleached-blonde Roy Batty-style hair he does possess a slightly similar air of menace to the character played by Rutger Hauer in the original Blade Runner film – “but I can’t sing this song without crying.” Its impact is unquestionably highly-charged.

But he isn’t quite finished yet. Josh T. Pearson then returns to the stage for a quite incredible encore of George Strait’s ‘When Did You Stop Loving Me?’, which then seamlessly bleeds into ‘Damn Straight’ before he signs off with a spellbinding ‘Country Dumb’. It is a performance that is battered and bruised and often very frayed around the edges, but we should feel truly blessed and really quite privileged to have been able to spend such time in this remarkable man’s musical company.

Josh T. Pearson at the Brudenell Social Club was brought to us by High & Lonesome