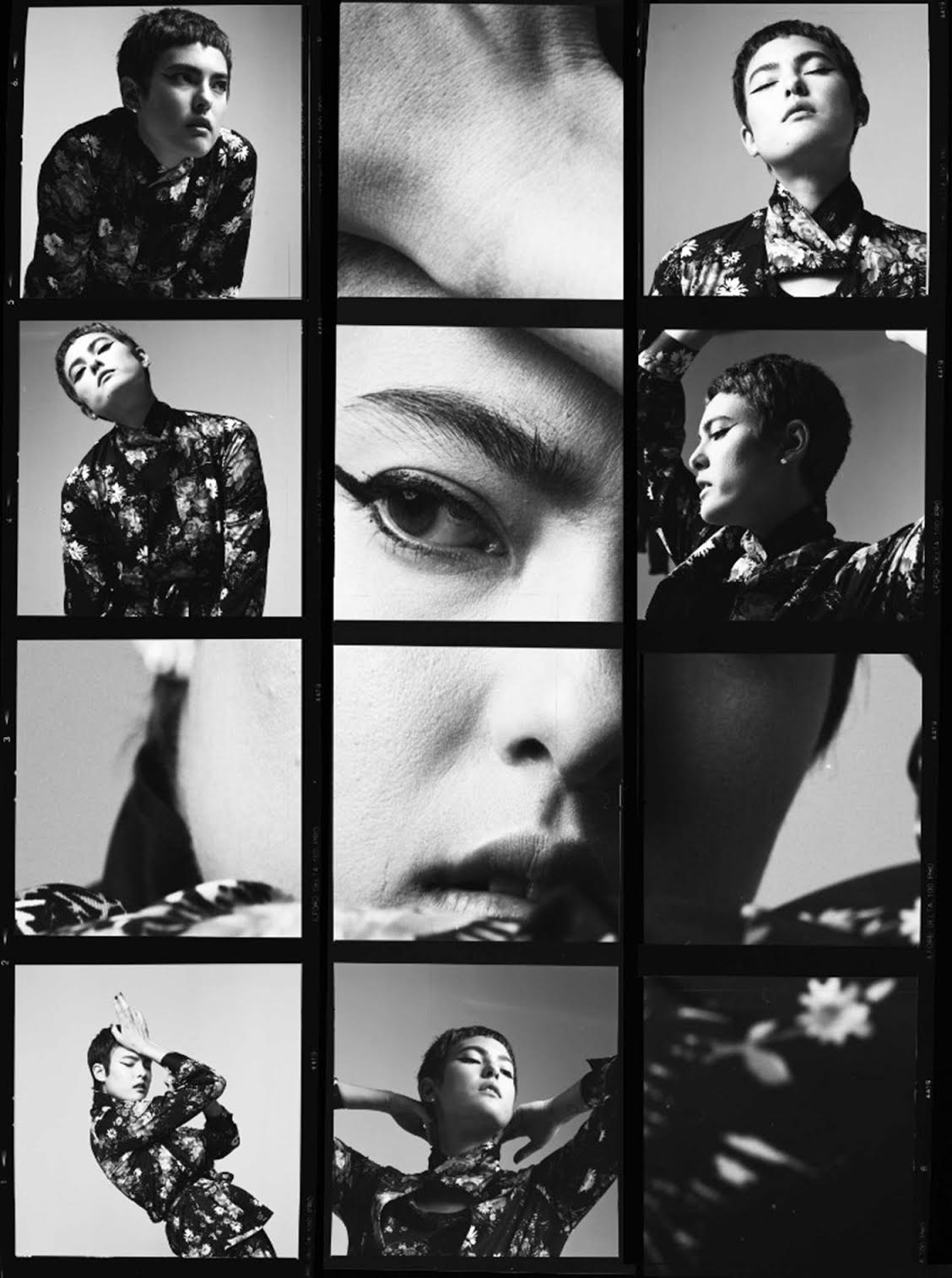 LA’s Miya Folick debuted a new track this week entitled ‘Stock Image’ along with a video directed by Bryan Schlam. A throbbing pop rush embodying the catharsis of self-doubt and wanting to break free from the constraints of artifice placed on you by society and reinforced the image-obsession of social media: “‘Stock Image’ is the conversation you have with yourself when you’re feeling lost and your colour has faded,” says Folick. “When you’re too focused on inhabiting a certain image and then suddenly you realise your insides are empty, that you’re just a frame. I wrote it from a place of feeling shallow and grey and wanting to feel Full! Deep! Vibrant! I hope it makes you feel lush and coloured in.” Redolent of elements of early Lorde only less self-conscious, this evocative track unfurls into a heart swelling and inspiring chorus that embodies self-empowerment, ‘Stock Image’ is an anthem for individuality Folick’s effortless vocal pirouettes with a bravery and heart of Eurythmics or elements of the work of Kate Bush, it actually moved me, its divine.

‘Stock Image’, out now on Terrible Records/Interscope Records, is the latest track to be released from Folick’s forthcoming, debut LP, co-produced with Justin Raisen (Sky Ferreira, Charli XCX, Santigold and Angel Olsen). On the evidence of this track and previous stark offering Deadbody, it should be quite some record. (BC)

London-based but hailing from Greece, where she is already a serious sized household name, Irene Skylakaki blends more traditional singer-songwriter influences with a layer of more experimental sonic playfulness, something that teaming up with producer Danton Supple (Coldplay, Morrissey, R.O.C.) on her new album (also called Matterless)  All of which is fine and dandy but of course doesn’t mean a thing without a decent song, and here Irene shows she’s more than capable of weaving a tune that will attach itself to your consciousness and never let go.  Expressing the hollow feeling of nothingness and void that comes with losing a loved one or painfully splitting with a partner, she captures the mood of ennui perfectly without ever falling into self-indulgence.  It’s a tough trick to pull off here, but she does it with ease. (BW)

Calva Louise thunder into view with their incendiary new single ‘Outrageous’, emerging from London’s thriving punk scene, the trio (one part Venezuelan, one part Māori and another part English) have since toured with Spring King and Anteros. Riding a stormy sea of fizzing riffs, addictive ‘la la la’ backings, smeared with the sneering screams frontwoman Jess Allanic that are part Courtney Love and Bikini Kill, it’s a brilliantly snotty noise pop song, that’s a rebuke to the ridiculous bile of attention seekers such as Katie Hopkins, Kanye, Morrissey and Donald Trump, the band state: “Outrageous deals with the lack of common sense we experience nowadays. While some are afraid to speak out, their minds in fear of being beaten up by society, others take this opportunity as an excuse to blast away their ill thoughts. A thin line is blurred where only satire can erase confusion, so just like Candide, we adventure ourselves into reality with a pinch of humour and optimism.” Produced by Margo Broom (Fat White Family, Goat Girl) and mixed by Tom Longworth (Catholic Action, The Vryll Society, SPINN), Calva Louise’s Outrageous will be released 14th June via Modern Sky Records and available on all digital platforms. (BC)

Odd duo audiobooks made their first appearance on GIITTV’s TOTW with the brooding ‘Gothenburg’ a few weeks back, now they return with the more accessible but no less adventurous ‘Hot Salt’. Imagine if you will someone took Human League‘s Dare, spliced it with Bjork and then sent it off to Throbbing Gristle for a remix, then you may get somewhere towards envisaging the flirty playful synth-pop surprise that is ‘Hot Salt’. Speaking about ‘Hot Salt’, the band say: “We wrote and recorded Hot Salt on Midsummer last year, channelling the sun’s rays through a magnifying glass of 70s synths and electric sitars to initiate a Donna Summer Solstice.” (BC)

A rare find and rarer still for the way the video complements the song.  Novo Amor (New Love in Portuguese) is Ali Lacey (who’s Welsh), and he will release his debut album Birthplace on October 18th. This is the title track from it. The poignant video could not have been released at a more apposite moment with plastic waste floating in the oceans, seas and rivers killing marine life very much in the news. I’m no eco-warrior but it disturbed me. The human character, representing ‘humanity’, is Michael Board, a renowned free-diver, who made 250 dives during the shoot. He must have lungs of graphene. Let’s hope we don’t start throwing that stuff into the water as well.

Lacey has form for producing graceful, gentle songs complemented by his hushed, almost whisper-like singing voice on his previous label, Brilliance Records. The sparse lyrics (sample “Dove out to our death, to be undressed, a love, in birth and reverie”) don’t make much sense but in this case, it’s the way they are delivered that counts. (DB)

The Gothenburg duo Wildhart (Ylva Holmdahl and Kiwi Berg) caught my attention with the single ‘New Beginning’ a track that was featured in Nordic Music Scene last month and which, like ‘Every Touch’ is included on their new EP Caught in a Fisheye, released on 29th June.

Featuring a fellow Swede, Nadia Nair, ‘Every Touch’ is a more experimental piece, which successfully pairs abrasive synths with soothing strings and Ylva Holmdahl’s attention-grabbing vocals. Holmdahl describes the song as being about “a moment you want to freeze – and stay inside forever.” I’m not sure what that means but I’m happy to listen to the track until the message hits home.  The strings contribution came from former Wildhart member Josefin Runsteen.

Something tells me it’s only a matter of time – or a tour – before Wildhart become justifiably far better known in this country. (DB)

Scottish singer-songwriter Lilura returns with ‘Feel Love’ the follow-up to last year’s debut single.  This time around, she’s been inspired by Tove Lo, Banks, and The Weeknd, and as such has created something really special.  It starts off unassumingly and slowly creeps up on you.  Before you know it, it has swept you up and swallowed you.

Speaking about the track, Lilura says: “I wrote it lying in the sun in my back garden one afternoon when
reflecting on a relationship I had started to build with a guy which I shouldn’t have. I couldn’t understand why I was falling for him, as he wasn’t my usual type and I was already happy in a relationship. I literally wrote it to get my feelings out on paper, just to try and make sense of them. Then when I went into the studio to work with Ted, I just said I had an idea that I had to get off my chest and he worked his magic. I wanted it so sound a bit more chilled. but still be something you could have a dance to and that’s exactly how it turned out.”  (TS)