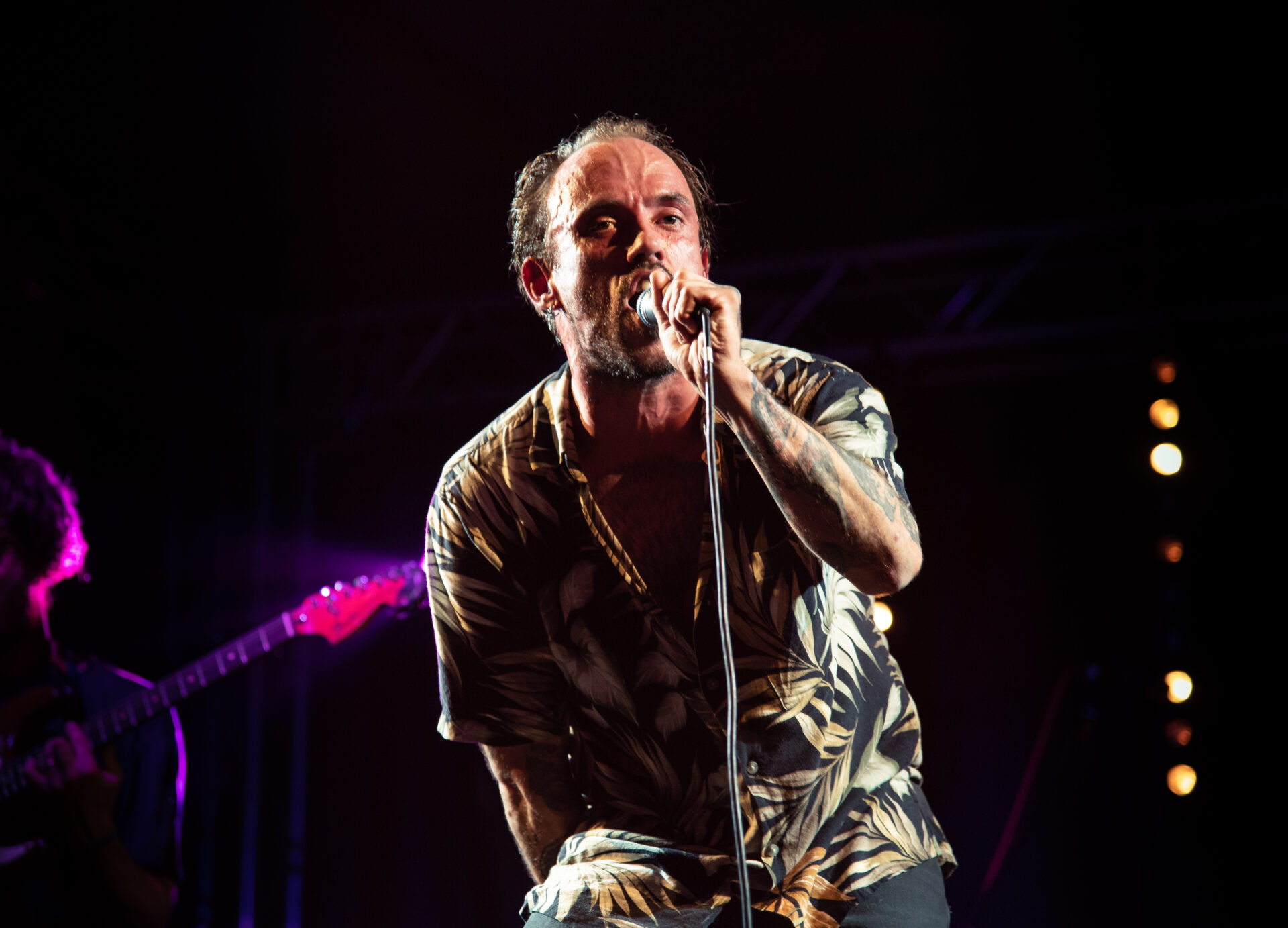 Last year’s Leopallooza was a veritable Gore-Tex fashion parade.  To say it rained a lot would be a fair summation, but it would be even more accurate to say that it very, very occasionally didn’t rain a lot.  If we’d have had prominent sets from Underwater Boys, Swimming Girls, Kagoule and They Might Be Giants, reprising their classic album, Flood, it wouldn’t have been inappropriate.  Last year’s weather definitively put the ooze into Leopallooza, but despite the unfestive meteorological inevitabilities, organisers still kept the ship and our spirits afloat.

So when we ended up having the sort of summer in 2018 when we started to forget what it was like to even own a coat, or what colour grass should be, we chaps were dusting off our gold lamé spandex mankinis and rubbing Bisto into the pasty parts of our t-shirt-tanned Dad bods ready to look like Love Island rejects and shout ‘Scorchio’ at any given opportunity.  So after Bude had been as hot as Budapest for weeks, which bloody weather deity turned party pooper and deigned that the approaching days should turn everything to welly weather again, eh?  Festival-goers were ultimately lucky in that the worst weather was usually overnight and in the morning, so provided that your tent hadn’t taken flight in the night and you’d woken up on Tresco, you could watch most of the music with a pleasant absence of moisture.

2018’s Leopallooza was the year of Idles. The organisers have surely never had a better Second Stage headliner. On Saturday night, Joe Talbot, Mark Bowen, Lee Kiernan, Adam Devonshire and Jon Beavis bridled with a tidal wave of irresistible and joyous resistance to all things that are worth opposing.  That their anger is born of frustration and compassion for those who are under- or unvalued makes their overwhelming sonic barrage and boundless performance energy even more emotive.  Joe dedicated songs to fallen comrades with quiet and tender humility, before delivering those songs with vein-bulging ire.  Lee proved he was a man of the people by getting into the crowd whenever possible.  Bobo’s balletic guitar-mosh was as struttingly glam as it was jerkily punk.  Does he remove teeth in a similar fashion?  Jon’s drum battery was more-or-less percussive GBH and Adam was raw, propulsive bass menace, very much a compelling Charles Manson/Al Murray hybrid.

The second stage punched above its weight on many occasions, also giving us the triumphant highlights of Life, Bryde, Her’s and Gris-De-Lin.  Life were the perfect preparation for IDLES on Saturday night, expertly positioning all the dynamite for IDLES to detonate later.  Lead singer, Mez, was so fired up, he looked like he was wired to the mains.  Bryde slipped between kick-ass rock and tenderly introspectively own-arse-kicking songs with deft songwriting acumen and an infectious stage presence.  She even recruited Bryde superfan, ‘John’, from the audience to sing with her on ‘Honey’, clearly making his year.

The absurdity and joyfulness of Liverpool-based duo, Her’s, immediately won the tired, slightly hysterical Sunday crowd over, with things like, “This used to be the new record… a while back,” and “We’re now going to play… the next song. We’re going to start with the intro.”  Their slacker-pop, hotel-lounge-house-band sound brought a touch of the holiday spirit to proceedings, ‘Low Beam’ from the forthcoming album Introduction To Her’s standing out.  Dorset’s Gris-De-Lin floated like a butterfly and stung like a bee with ‘Muhammad Ali’ and other tracks from this year’s album Sprung.

For the second year running, Keir stood out, this time filling the main stage on Friday with his sartorial elegance and vocal grandeur.  When he speaks softly between songs, in that slightly quiet, almost bashful way that Michael Jackson did, you’re not quite prepared for the leonine roar that ensues when tracks like ‘Squeeze Me’ and ‘Probably’ take off.  Friday’s headliners, Public Service Broadcasting gave us history like your teacher never quite managed at school. Their intensity and their compelling archive AV footage made them positively rain-proof.  St Paul and the Broken Bones headlined Sunday night with the perfect aural balm for tired and emotional weekenders.  Paul Janeway’s voice was positively heavenly. His ability to integrate a wheelie bin into the set was evidence of moving in mysterious ways.

In the Mono tent, Pins clashed with PSB on Friday night.  Those in the know did sneaky shuttles to-and-fro from the main arena to behold their ferocity.  In a similar fashion to Swedish Death Candy and The Graveltones, the enclosure of this relatively small tent, compared to the open-air main two stages, gave them the sonic equivalence of the elemental forces that had been buffeting our tents all night.  They were gloriously loud; I swear there were people phoning in from South Wales during Swedish Death Candy to ask what the name of the previous song was. Conversely, The Lounge Kittens, with their three-piece close harmonies, were as devil-may-care as their rockier tent-mates, but for them, it was all about the wry subtleties.

If you could still stand and see straight, you could have some after-hours dancing to Roni Size, Marshall Jefferson or The Nextmen, go snooker loopy to the DJ set from Steve Davis and Kavus Torabi, or populate the smallest nightclub in the county, Dinkies. Those who couldn’t stand could simply roll about laughing at The Funny Side comedy tent.

They’re a hardy bunch at Leopallooza. It may well take a genuine Act of God to clip their party wings. They book similarly sturdy acts, who’ll play through wind and rain, which in turn brings a clientele that is upbeat and resilient.  Next year’s tickets are on sale already.  Get in quick.  Life’s too short.  Like IDLES did on Saturday night, grab it by the cojones and grip firmly.