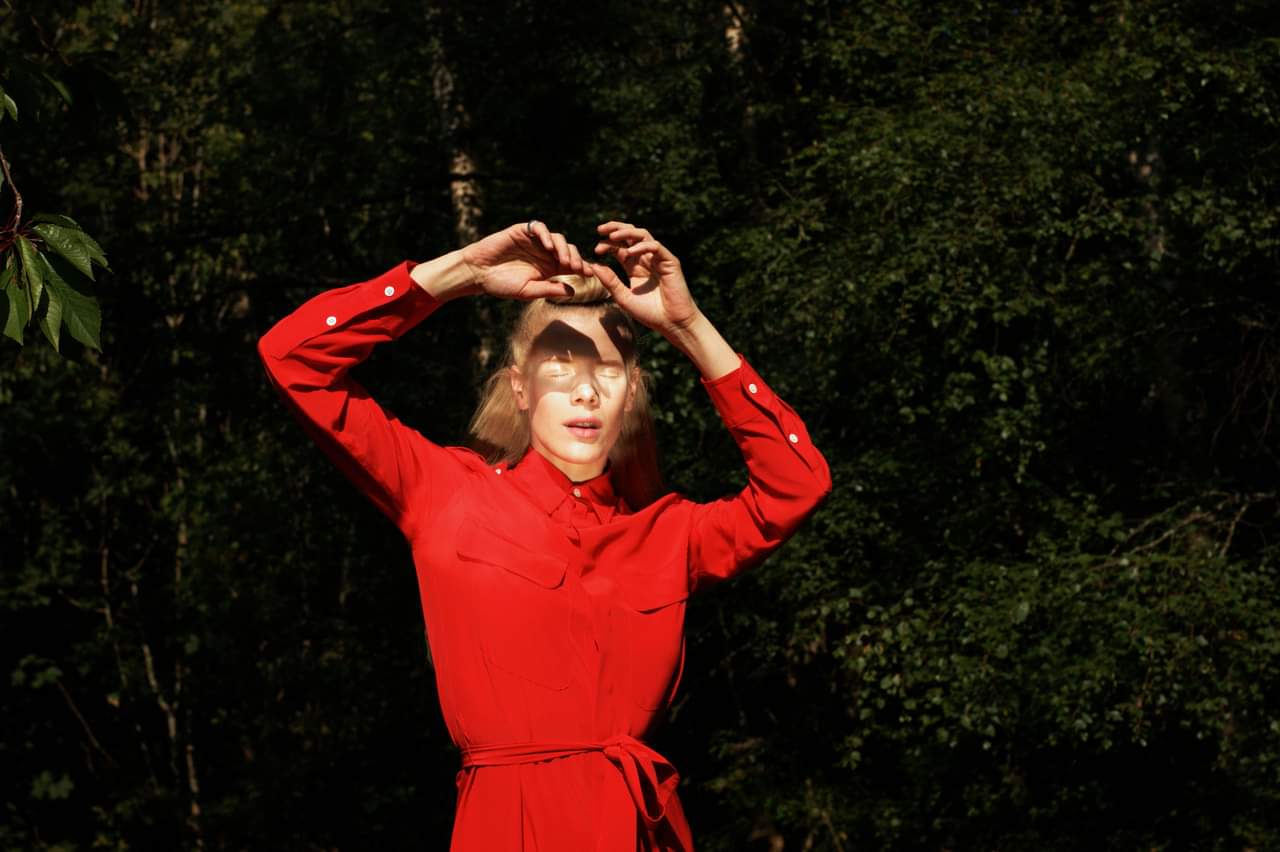 Norwegian artist Sandra Kolstad is currently preparing her new album, Burning Love. Kolstad infuses her sound with striking vocals that capture the duality of emotions and underscores it with modular synthesizers to create a tapestry of textures that expand wonderfully in the final few minutes. On the album, she exposes a brighter, more accessible pop side to her work – at the same time she’s more experimenting more than ever before. ‘Halflife’ is the first single from her forthcoming album and is a teaser of her prodigious talent.

Sandra Kolstad is a classically trained pianist, producer and songwriter. She says: “HALFLIFE deals with paradoxes. Wanting someone who can not be had or choose something that is not entirely possible to choose. To live. To die. To be terrified yet overwhelmingly happy at the same time. Or simply to make heartfelt songs inside a modular vision…to which sometimes the only thing that helps is to dance!” (BC)

Following the release of their ace debut album Pink Noise earlier this year, Swedish trio Echo Ladies return with a brand new single on November 16th. It will be available on orange or silver 7” vinyl (as well as digital) and coincides with their UK and Ireland tour.

Cocteau Twins guitarist Robin Guthrie has taken the wistful ‘Overrated’ one of the highlights of the album and lent its sonic textures and evocative vocals extra layers majesty and clarity. It sounds absolutely gorgeous. (BC)

Dan Mangan – Cold In The Summer

It’s now more than three years since the Vancouver-based, two-time JUNO Award-winning Canadian musician Dan Mangan’s last full-length studio album (the rather impressive Club Meds, released under the name Dan Mangan + Blacksmith), but as ‘Cold In The Summer’ quickly affirms he has lost none of his ability to craft a top tune in the interim.

Taken from his forthcoming album, More or Less, which comes out on November 2nd via City Slang records, ‘Cold In The Summer’ sees Mangan at a crossroads in his life. He is looking in the rearview mirror as a youth and his younger self-start to disappear into the distance, whilst maturity and family responsibilities loom large ahead. Whilst there may be a slight tinge of regret for Mangan it is a future he positively embraces. (SG)

Gabe Gurnsey – You Can

Gabe Gurnsey reveals the hedonistic video for the catchy ‘You Can’, the new single from his excellent first solo album  Physical.  An extended version of ‘You Can’ will be released on 12” vinyl with a remix by The Hacker on 26 October via Phantasy Sound.

‘You Can’, with its resounding synths, syncopated beats punctuated by Gabe’s invitation to dance, get high, or both. It stares into the strobe lights of the transformative night-out documented throughout  Gabe Gurnsey’s Physical LP. Undoubtedly one of the record’s most outright hedonistic moments, sot at Manchester’s Soup Kitchen and directed by Nick Camponi. (BC)

Firstly, Cheerbleederz – what a great name; secondly this London trio infuse DIY punky pop with unabashed three-pronged melodies and darkly self-deprecating lyrics on first track ‘cabin fever’. Dissecting the travails of dating in 2018, it’s about being unable to tell someone how you feel, and in turn, feeling trapped by that situation. It’s lifted from their debut EP faceplant on Alcopop.

They say: “All our writing has been collaborative and quite spontaneous, and because we’re friends first and foremost, it all feels very natural and easy. We just want to have fun—that’s why we’re doing it! Our songs are vulnerable, sometimes quiet and sometimes loud. We’re writing and making music together without any expectations and it feels very freeing.” (BC)

Stanlaey is the musical moniker of the Bristol-based singer, composer, producer and multi-instrumentalist Bethany Stenning, performing her original compositions live with Ben Holyoake (bass), Oliver Cocup (drums/percussion) and Naomi Hill (violin). Bethany releases her new singe ‘Ode To Ovid’, next week. The track is taken from the forthcoming album, The Human Project, due for release in Spring 2019.

With hang drum paddles, swelling strings and evocative vocals that are reminiscent of Joanna Newsom, this is an enveloping piece. Bethany says: “Ode to Ovid is a song written based on the poem ‘The Golden Age’ written by Ovid. It circulates the theme of having an ‘Iron Twin’ as you can hear in the lyrics, and these Iron twins are our shadows (implying we are in the Iron age/age of destruction) and we are seeking the age of gold (as again, sung in the lyrics). In the video, these Iron twins are quite literally present and shadowing the main characters as it tells the tale of their romance, and then the downfall of the romance as it evolves into a complacent/phone fuelled marriage in a way.” (BC)

Dutch Born Welsh-based artist Accü will be releasing her brand new single ‘Crash To Kill’ next week on Libertino Records. ‘Crash to Kill’ is the third single to be taken from her debut album Echo The Red out at the end of October. Fusing a Tales of the Unexpected keyboard line, haunting vocals, it’s a sound redolent of a slightly weirder Stereolab.

She says: “‘Crash To Kill’ was the first piece I wrote when I decided to make music on my own again. It was a natural yet big decision for me at the time. I suppose my mind saw it fitting to reflect on difficult facts; that destruction is sometimes needed. It’s the being eaten and the desperate wish to be spat back out and that sometimes one must consume the belly that once ate you.”  (BC)