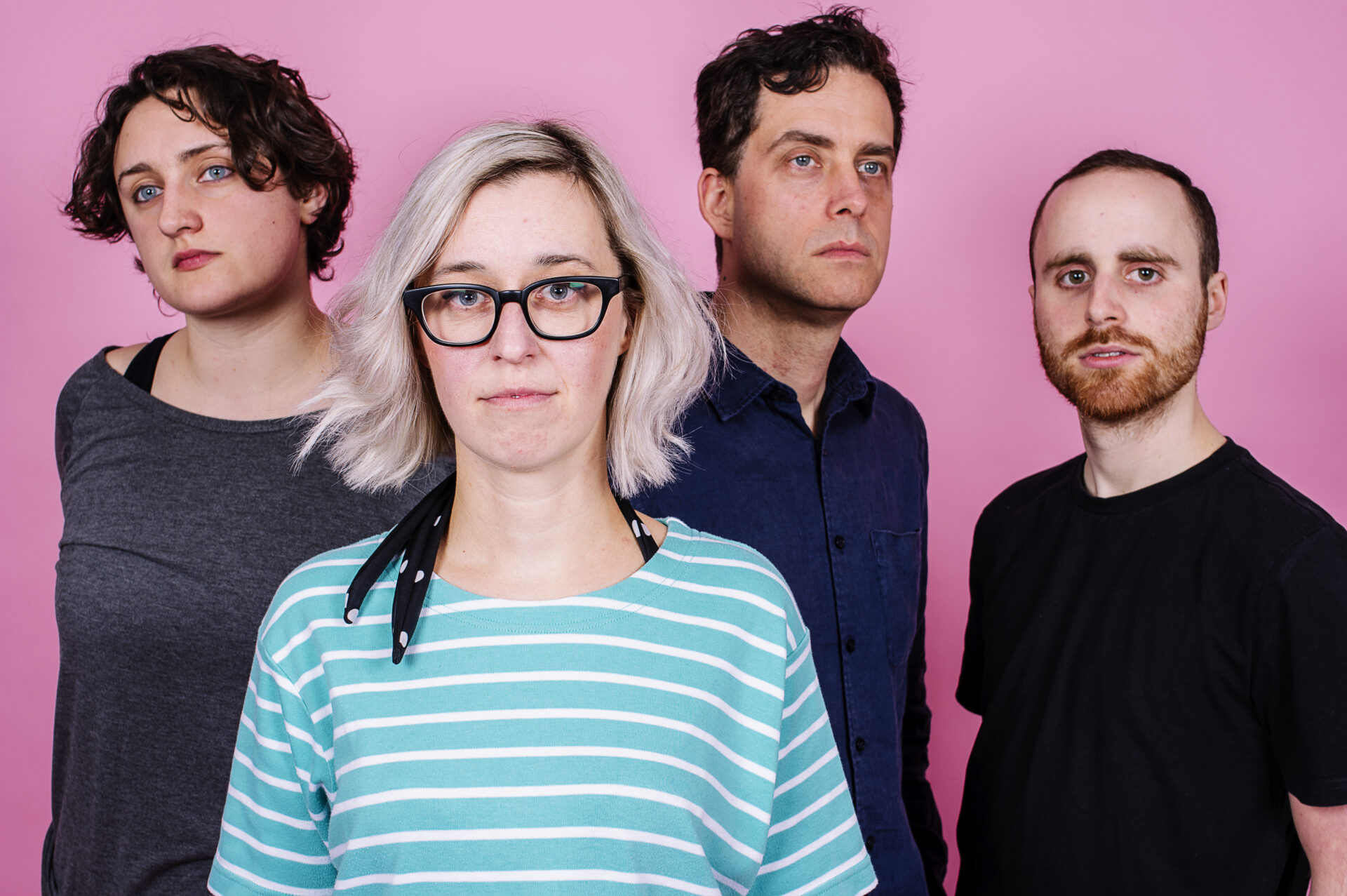 Chorusgirl‘s new animated collage video ‘In Dreams’, created by renowned animator Ruth Barrett, is our video of the week, watch the premiere above. The track is taken from Chorusgirl’s forthcoming second album Shimmer and Spin due out on 16 November via Reckless Yes. The band will be heading out on the road in November.

The handmade stop-motion video for ‘In Dreams’ consists of an impressive 2500 manually cut out paper prints filmed using the strata stencil technique, an animation technique invented by Javan Ivey, and a further progression of the complicated strata cut technique first used by David Daniels. The video uses the red colour scheme of the album art for Shimmer and Spin and was inspired by the reverb-heavy shimmer of the band’s sound, rollercoaster rides, fireworks, dreams and all things spinning. The chiming riffs, evocative vocals and hypnotic atmosphere of ‘In Dreams’ is about feeling out of place. It’s a coming-of-age anthem about dreaming yourself out of the small town you grew up in; the place you never fit in. It is about growing up, feeling unconnected and patiently waiting and vividly dreaming for your turn.

London-based Chorusgirl features German-born songwriter Silvi Wersing, with Udo Westhoff on bass and Michael Boyle on drums. They were recently joined by Faith Taylor of Suggested Friends on lead guitar, who fleshed out the sound by sharing vocal duties and writing two songs on the album.

Fortuna POP! released their eponymously titled debut album in 2015. The moment they had started writing the second album, an extraordinary string of bad luck happened that lasted more than a year. As Silvi explains, “There was barely a month without bad news on a personal and wider level, and at the end of that year, my anxiety started to spike badly. The album became a very important anchor. Every note and lyric were raked over and looked at twice; we were hacking and honing away at the songs for months, trying to craft some sort of sculpture of our state of mind.”  While tension runs through the album, there are plenty of bright pop hooks to enjoy. The music has a way of touching the soul and reaching sublime peaks.