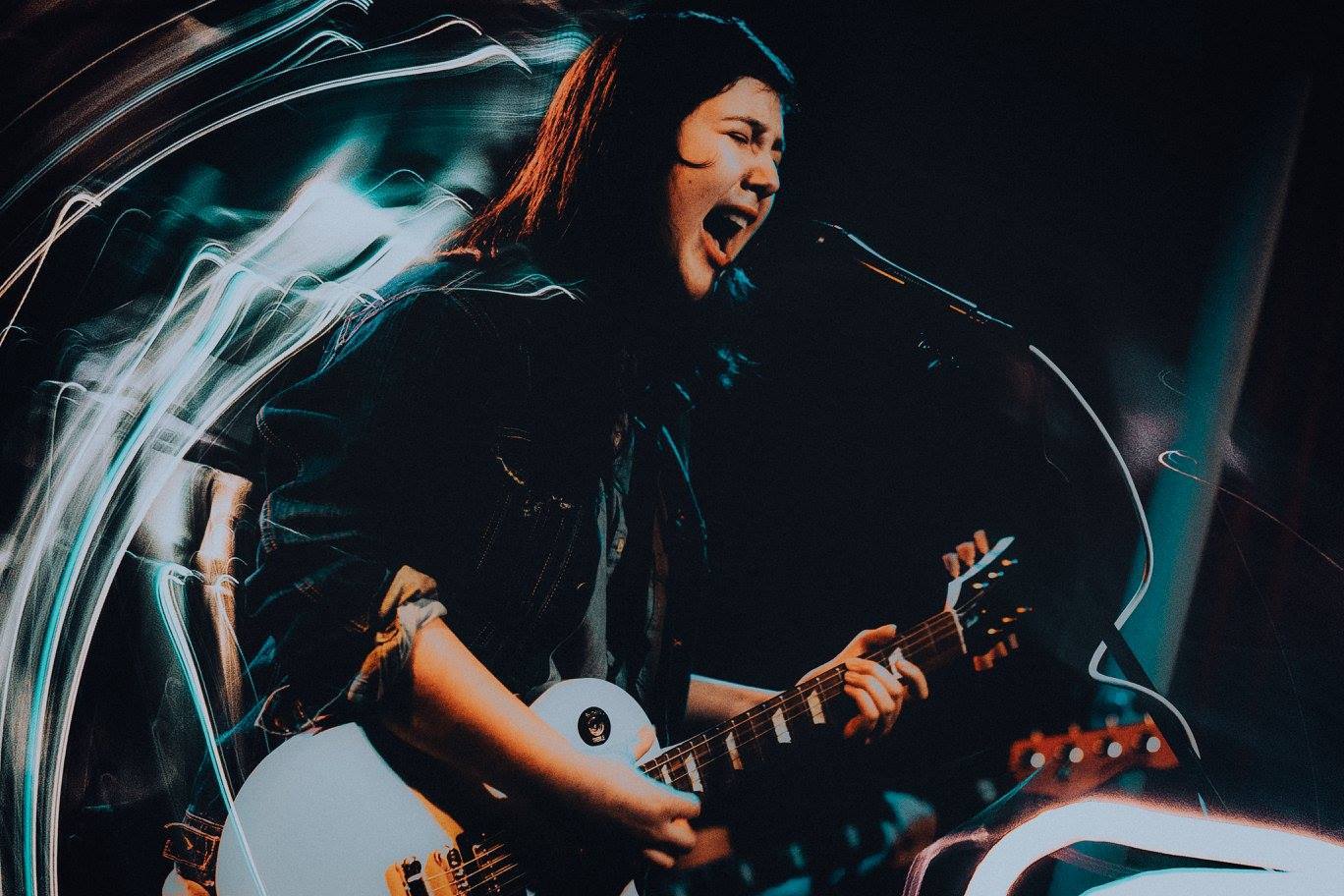 “This next song is called ‘Brother’. I used to say this was the only positive song I’ve written about a man but then blogs started picking up on it and I got labelled a man shamer so I stopped saying that because I don’t have a boyfriend and I would really like one”, Fenne Lily laughs, running a hand through her platinum blonde bob. “So if you want to be my boyfriend, I’ll be at merch…but really please don’t”. With her wry wit and her uncompromising vulnerability, the Bristol-based songwriter is an expertly curated support for tonight’s headline act.

Lily feels the same it would seem as she admits how great it is to be on tour with another female musician, with a female sound engineer but who don’t talk about being a woman all the time. “We just have vaginas and play guitar”, she reasons. Lily has underplayed that a little there though because album tracks like ‘For A While’ and ‘Top To Toe’ offer a delicate intimacy and trembling vocal tones. There’s a nice nod to our seasonal setting too with the other two band members exiting stage right between songs, only to return similarly suited and donning ice blonde wigs with Fenne fringes she admits she trimmed herself. This balance of sincere songwriting and satirical asides is an on-stage outfit that Fenne Lily wears with ease.

In a less soothing state, Richmond-based Lucy Dacus is facing her fears in the aging grandeur of Islington Assembly Hall. Only half an hour before her set, she’s been dealing with one of her intense (and apparently quite frequent) nosebleeds which she jokes does feel fitting for Hallow’s eve. But aside from a few anxious brushes of the back of her hand to her face in the opening songs, that’s sort of it when it comes to sinister sounds. Instead, we connect through universal truths of small-town charm (‘Nonbeliever’) and growing your own hope when things feel dismal (‘Yours & Mine’), particularly Stateside, she says solemnly. ‘Timefighter’ is a real triumph sliding from jazz club saunter into pinched harmonic screeches that crash around us like a high-speed freight train.

There are some similarities between Dacus and fellow fuzzed out guitar ballads of New York indie artist, Mitski who also ushers in an operatic intimacy with her shows. But rather than abstract self-portraits, Dacus excels in charming modesty and a palpable warmth. “We’ve been trying to get this phrase to catch on: ‘Thanks for rocking’”, she tells us. ‘Pillar of Truth’ is an ode to her Grandma and as the lyrics tumble from her lips (still no blood) it forces us all to reflect on our own mortality: “I’m weak looking at you, a pillar of truth, turning to dust”.

As the set comes to a close with that stunning six minuter, ‘Nightshift’, Dacus thanks us all for coming and a man is quick to cheer from the crowd: “Thanks for rocking”. Beaming from the stage, she gasps: “Oh wow, my heart is full”. Because it’s not just that throwaway phrase that’s catching on, Dacus’ soulful singalongs and astute observations will be sticking around for a long time to come.