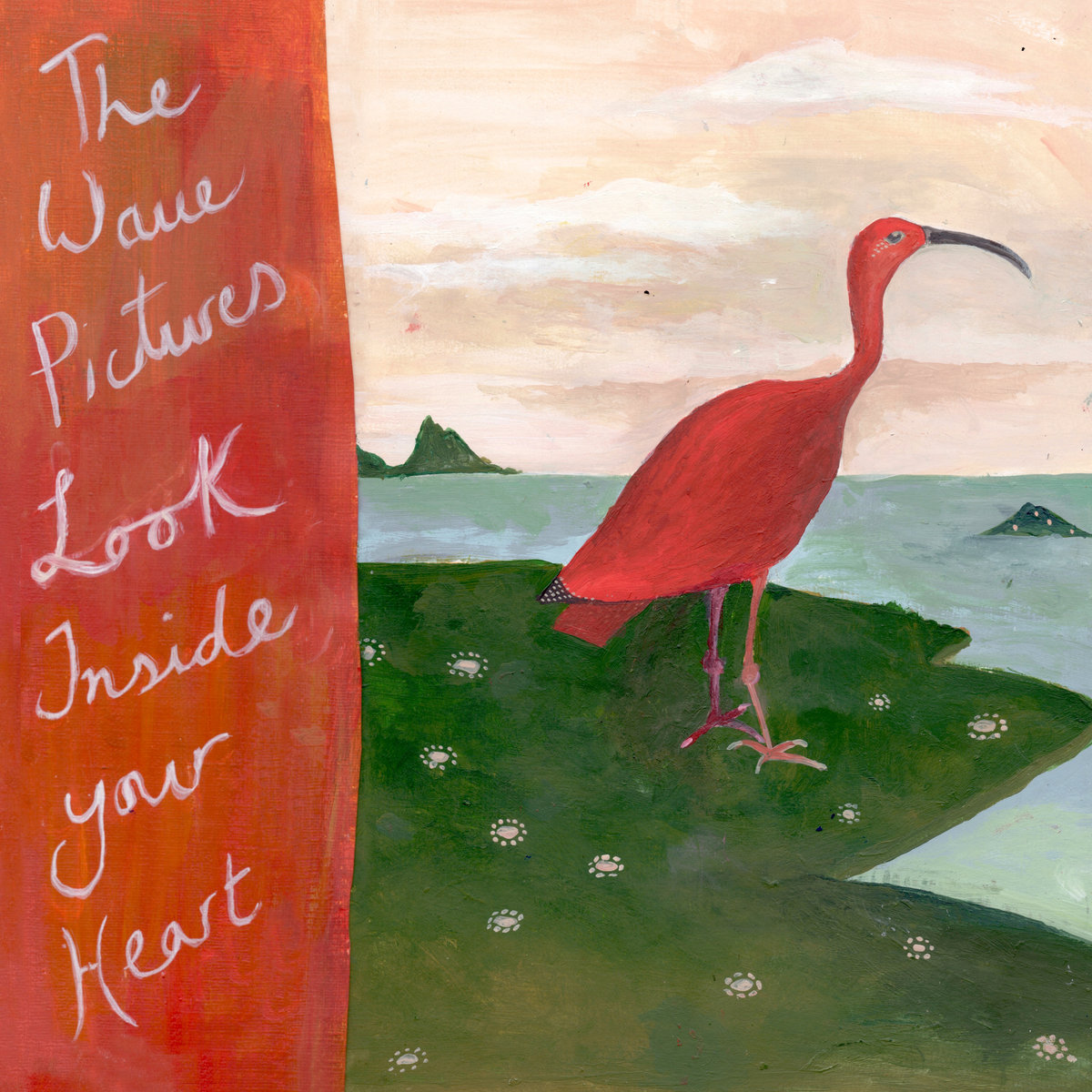 The Wave Pictures have made so many records now that even Wikipedia can’t keep up.  There’s something relentless about the accretion of new material around David Tattersall and band-mates Franic Rozycki and Jonny Helm.  At last count there were at least 18 studio albums, plus perhaps a dozen or so collaborations with the likes of Stanley Brinks, Darren Hayman and Daniel Johnston, and that’s before we even get to side projects like indie super-group Surfing Magazines (with members of Slow Club) or Jonny ‘Huddersfield’ Helm’s occasional forays into singing the blues.  The Wave Pictures share a touch of the outsider artist in common with all of these musicians, a disregard for the way things are meant to be done, for preciousness, careerism and rock and roll posturing.  There’s a sureness and facility to Tattersall’s songwriting, an absurd, keenly targeted vernacular that puts him somewhere between Paul Simon and Half Man Half Biscuit’s Nigel Blackwell.

Look Inside Your Heart finds them in a reflective, thoughtful mood.  There’s little here as obviously crowd-pleasing as live favourites like ‘Pea Green Coat’ or ‘Spaghetti’, but that might not be a bad thing.  The most memorable hook is the deceptive chorus to ‘Goodbye Spiderman’, where the comic book mask conceals a narrator with some serious problems.  “I had been rubbing scratches, burning matches / stubbing cigs out on my arm / I had been burning bridges in a cloud of midges / In the shadow of Hackney City Farm”.  It’s framed as a self-destructive farewell to innocence, but the guitar solos build into an irrepressibly joyous drum workout.  Into the silence at the end Tattersall calls out ‘Perfect!’ and it pretty much is.

Elsewhere there’s fulfilment in taking responsibility for friends in trouble, as in the haunting ‘I Came to You Once’, or the chance to revel in the here and now in the love songs ‘Shelley’ and ‘Sugar’ (“I’m going crazy down here in Leyton / I wanna climb up the ladder in your tights”).  ‘Tell Me That You Weren’t Alone’ parades a cast of characters straight out of Bob Dylan, who drink, work, worry about weddings, resemble obscure French bass players, dislocate their collarbones, and generally go about their business, but its chorus keeps returning to an unstated tragedy: “Tell me / Tell me that you weren’t alone.”  It’s quite breathtakingly sad, an indie-pop version of Auden’s poem about the Breughel painting, where everything turns away quite leisurely from the disaster.

Musically it’s everything you’d expect from The Wave Pictures.  They know their music, sailing effortlessly between trad blues, Afropop and psych.  As usual, the production feels a little thin, but that’s the price of admission here.  They’re best experienced live, and there’s not a song on the album that would be uninteresting in that context.  Tattersall’s virtuosity with a guitar line is undeniable, and Rozycki and Helm are, in the parlance our time, literally killing that shit behind him.  The title track ‘Look Inside Your Heart’ and ‘In The House By the Beach’, both songs about the rewards of friendship, give these guys who have been playing together since forever ample opportunity to do their magical and very precisely unfashionable thing.

Now and then there are flashes of a band that have spent a lot of time entertaining people in pubs.  The lupine mayhem of ’Dodge City Blues‘ seems out of place, and I could possibly live without the lyrically vague, but melodically wonderful opening track ‘Roosevelt Sykes’.  In the case of ‘Roosevelt Sykes‘ I suspect that I’ll love it in six months time, and even in these songs, there’s a sense of a band on the verge of writing something really important, an intimate human comedy that traverses the more awkward ends of rock and roll.  ‘Look Inside Your Heart’ isn’t quite the best thing they’ve ever done, but it’s a wise and mature piece of work from a prolific band who look like they have a lot more still to do and can’t wait to get cracking.  A light touch belies that fact that it’s one of their most substantial records once you dig into it.