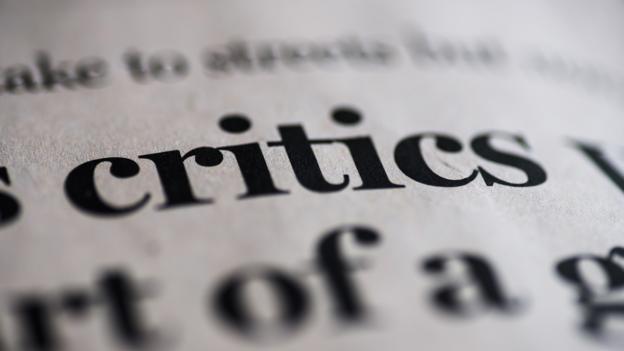 Back in March last year I wrote an article for a regional monthly reviewing all the up and coming single releases. It was something I’d done a few times before and didn’t give much thought to as I dismissed the majority of them opining about what a poor selection of tracks I’d been sent but conscious to tone down the language here and there so as not to get too into Mr Agreeable territory. To my surprise the article attracted a fair amount of interest for being overly critical and while the reaction from more experienced writer colleagues was mostly supportive or at least protective (one offering to escort me if I needed to venture beyond the boundaries of my home town), the consensus seemed to be that I was only saying what everyone else was thinking and that the piece was well written and, seemingly as important, funny and it was nice to see a few debates on the validity of negative reviews open up on my Facebook. However, the fact that I had not only criticised new up-and-coming artists but also those close by geographically in the music community seemed to ruffle a few feathers with others when all I had done was voice my individual opinion.

Truth is it’s easy to write negatively about stuff and be funny at the same time just as it’s easy to gush about the next big thing and neither is a bad position to review from as long as it can be backed up. The danger is to go too far in the name of self-indulgence and lose sight of the bigger picture; which is that we are small cogs in a much bigger creative engine and here to impart balanced and experienced copy that ultimately the reader can reflect on. Back in the day music wasn’t as readily available and that was often all we had to signpost us. For sure, we need to be broadly positive and supportive of young creators but intentionally producing biased copy, agreeing to copy approval or, worse still, agreeing to take payment for a favourable review (as I have been offered in the past) betrays a level of complicity and favouritism that crosses a number of professional red lines, most would agree with that I think.

But how far can we go the other way? Pitchfork’s academic style seems to give them licence to criticise and score low where necessary and the Quietus occasionally go all-in but only using the Mr Agreeable banner as a disclaimer of sorts. Generally everyone seems to be happy to play safe by saying how great everything is when really that is not always the case. Within the industry artist workshops (invaluable to artists just starting out) ensure not only everyone knows each other but that they are often following the same marketing strategies and swapping shows. Some are even setting up all day events for them to publicly slap each other on the back as some bands, happy with a little bit of local fame and buoyed by a tide of generic superlatives don’t push on. One industry sponsored blog I briefly contributed to included “positive or neutral reviews only” in its style guide while some of the artists they were trying to impress on me could have benefitted greatly from some more critical feedback. I think I’m prone to hyperbole as much as the next person often shooting live reviews from the hip on the bus home after the show (although I will edit later), so this penchant for smoothing the edges off everything so as not to offend anyone, while not coming naturally to me, could actually work to the detriment of artists genuinely at the top of their game and equally unhelpful to those in a bit of a rut. It might be easy to harvest social media likes and reacts from an articulate (and funny) take-down but where the only real rewards are social (nobody is spending kudos) there is nothing really to be gained from writing a heavy critique of people who will only unfollow or block you online but that you will probably bump into irl (as I believe is the parlance of the day).

So, we can partly blame social media for this homogenisation. Professional music journalists and some more established acts will dismissively trot out the “everyone’s a critic now” line as if a bad review is the author’s problem. The issue also extends to the previously predetermined line between writer and musician becoming blurred. The old joke used to be that music writers were failed musicians but all too often now the writers are performers themselves, a convenient closed circuit of reviewing and playing. Not that this should have to be a problem, if I was underperforming at work I would expect my line manager to firstly inform me and then suggest how I could improve. Granted the music industry is a bit different to an office job but I still develop social relationships in my regular work without it affecting my ability to do my job and don’t see any reason why that can’t be applied in the music industry environment I am privileged to be able to dip into in my spare time.

Back to Pitchfork, personally I tend to err on the side of scoring low anyway based on there rarely being a situation where something has absolutely no room for improvement and generally I think the trend recently is to score lower, ergo, to be more critical. Some artists seem to take the approach that having a pal who is a reviewer is akin to having a man (or woman) on the inside and while some unconscious bias is inevitable nobody wants to see the same superlatives over and over. Yes, I rarely write a bad live review but that’s because I’m at liberty to choose the shows I write about and wouldn’t waste my time just to indulge a narcissistic urge to slag someone off. That being said if I see a band I like and it’s a really bad gig I wouldn’t be averse to reporting that. If I am writing about stuff I haven’t specifically requested as was the case in point at the start of this article, a certain amount of honesty should be expected especially if pitching multiple tracks against each other. Similarly, a hype band, or those further into their careers are fair game. The likes of Kasabian, Muse and Slaves leave themselves wide-open to a well-executed take-down but take a look at Suede. Nothing about them says credible late career renaissance yet they were the unlikely surprise hit of last year armed only with a bloody good record. What we are more concerned with is balanced and well-argued critique versus dreary, neutral or cut-and-paste positivity.

Older writers like us who remember the halcyon days of the 90s may appreciate we don’t necessarily want to see a return to the days when rags like the NME could build acts up only to start a backlash largely on the whim of a writer’s mood but perhaps we are seeing a step back from integrated copy to more responsive critique. As a writer I’d rather take a risk and call it wrong than not call it at all, and after all, as the old saying goes, you can’t keep a good band down.