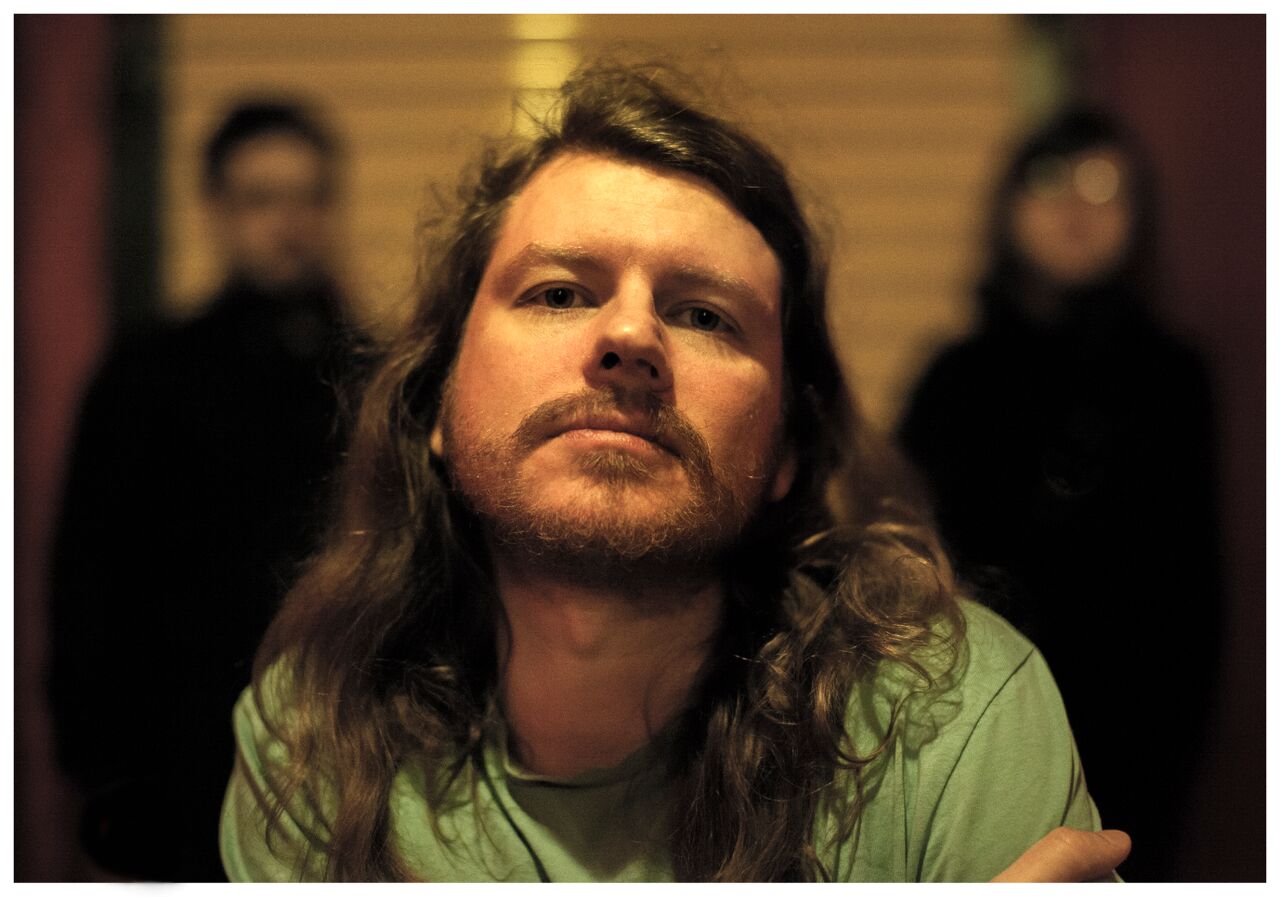 Stairgazing by Matt Edible and the Obtuse Angels was a splendidly under the radar record from 2018. Had enough people heard it, however, I suspect its sprawling nature would have seen it riding high in all manner of end of year lists. It certainly would have made mine, had I given it the attention it surely deserved when I was first sent it! Matt himself is a forgiving sort, thankfully, and he was only too happy to give me the lowdown on all things Obtuse…

One minute it’s the boozy swagger of ‘Nightclubbing‘, and the next, it’s the sun-kissed George Harrison vibes of ‘Jumping Houses‘ or the mesmeric beauty of ‘Lullaby‘. So what, in a nutshell, are Matt Edible and the Obtuse Angels all about?

I’ve always loved all sorts of music – when asked what my first band (Edible 5ft Smiths) sounded like, I’d normally respond that we were like a cross between Melt Banana, Godspeed You! Black Emperor and Steps. I’d like to think that my songs don’t sound like anybody else but I know full well that this isn’t true! I think what binds all of my music together is a real serious passion for making interesting, exciting and beautiful songs but simultaneously being fully aware that making music is also a fun, playful and even throwaway art-form. I try to make music that can be approached and enjoyed from either side of the spectrum.

Why ‘Stairgazing‘? Is there a specific theme here?

The title song is a boozy tale of two people that meet, fall in love and go home together but are so drunk that they both throw up on the stairs as they enter the house – both left gazing up at constellations of vomit trails on the carpet. It feels like that sums up the themes of the record quite nicely. Also, I do love a cheap play on words that takes itself a lot more seriously than it should do!

Did you have any ‘do’s and don’t’s’ while making the album, and if so, what were they and why?

My original plan was to make a fairly stripped back solo record. I made it with Joe Bennett who’s got a little studio on a Farm in Steventon, Oxfordshire. I went down for five days with no real plan except to get the songs down in that time. We tracked the guitar and vocals then started building the instrumentation around them. I play a fair few instruments and Joe is a brilliant instrumentalist so we just kept throwing more stuff on them. I would say “this would sound great with some lap steel guitar on it,” and one would appear. Joe would put a violin part down and I’d say “it’d be great if we had a cello as well,” – Joe’s response to that was “I know a cello player who owes me a favour,” and so that happened the next day. We quickly realised that we were making a much bigger sounding record than we’d expected to. We were careful not to go too far down the rabbit-hole though. We had a very short amount of time and wanted the record to have the energy it was made with – most of the recordings were first takes and we were careful not to get bogged down with absolute perfection.

I love the randomness of some of your lyrics – for example ‘Advent Beard‘ – and as a result, your songs often feel like much-needed escapism from what are very trying times at present. How do you manage to inject such remarkable uplift into your songs, while still managing to sound neither crass nor false?

It’s not a conscious thing but I do really work hard on lyrics. I often find that a couple of lines or even a phrase can shape a whole idea for a song – then I work outwards from there. I’ve always loved lyrics by people like Leonard Cohen, Nick Cave and Jarvis Cocker – they all have a deeply dense poetic style but aren’t afraid to throw in a ridiculous phrase, image or idea. Any idea, as random as it seems, can be the door to a whole song or give you a completely different perspective of what a song is about… It’s good fun as well!

Describe a Matt Edible and the Obtuse Angels show to me? Why should we see you live?

We’ve been performing as a three-piece – me on guitar (and a bit of piano), Joe on bass, and Mike Monaghan, who played the drums on the record. The live show is much more stripped down than the recordings which lets us really focus on the dynamics – What sort of music do you play? We play both kinds – Loud AND Quiet! Joe and Mike are based down in Oxfordshire and are both busy playing for quite a few other artists so I’m planning on putting another line-up together in my hometown of Hull this year to make it easier to play more shows. This way, I hope I can also call in Joe for bigger shows to augment the sound with some of the other instruments he played on the record.

How far can this band go? What would you deem the ultimate success if it happened?

I’ve been making music for most of my life and have always had big dreams of success but I think the longer you do it, the more you realise that the important thing is just being able to do it. That doesn’t mean I don’t have ambition, I genuinely think that the music is too good not to be heard by as many people as possible – it’s not for everyone but the ones who like it really like it. As far as the ultimate success, I’ve always said that I’d love to be able to make a living purely on music – this is absolutely still true. Having said that, and not to sound too sappy, it genuinely means a lot to me every time someone tells me how much they love what I do, and getting compliments from people I really respect is an amazing feeling – so maybe ultimate success would be Nick Cave, Jonny Greenwood, Ezra Furman, Jim O’Rourke and a bunch of other heroes of mine lining up to tell me how great I am – you know? Ego stuff.