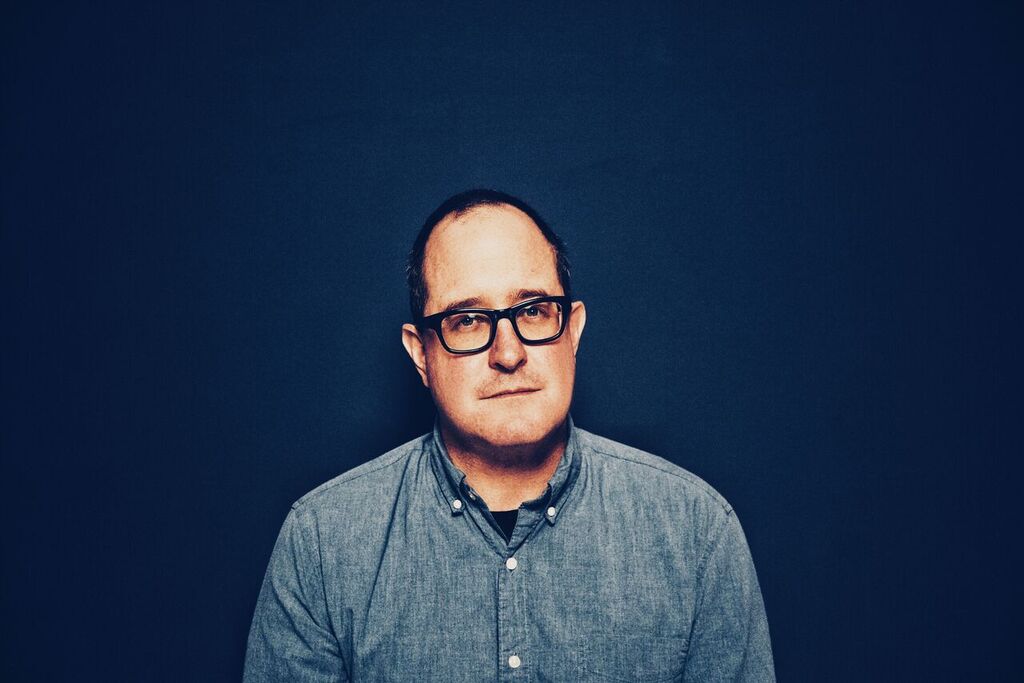 “I’m gonna say Florida” says Craig Finn, who’s probably a little surprised that I’ve started our interview with a general knowledge question (“What’s the closest US state to Africa?“), but everyone I’d asked so far had been British, and failed, so I wanted to see whether someone who is American could answer it correctly. He couldn’t. It’s Maine.

Much of Finn’s work, of course, either solo or with The Hold Steady, has centred on characters coming of age and dealing with life’s cruel blows in that kind of North-eastern quarter of the United States, so my question wasn’t entirely random, though I’m pretty sure none of them reached anywhere as far as the Quoddy Head peninsular. Maybe they will now, who knows? Anyway, I caught up with Craig to discuss his outstanding new album I Need A New War, and was delighted to find that he still has a clear heart, full eyes, and faith in the future…

God Is In The TV: I honestly think this is your best work yet. We’ve been playing it in the car for weeks now – my 9 year old son knows the lyrics to most of the songs and sings along with them, especially ‘A Bathtub In The Kitchen‘, and my wife demands to hear ‘Indications‘ at least twice during each journey. She actually said, and I hope you’ll take this as the compliment it’s intended to be, that your lyrics make her think of Daphne Du Maurier, because you manage to portray such romanticism in the bleakest of situations. So, how much inspiration do you take from the classic novelists?

Craig Finn: (chuckles) Well, you know, I do read a lot, but I read mostly contemporary fiction, because I have that weird thing where I have a hard time with movies or books that aren’t set in my own time period. My plan was to read and write mostly about people who have the same kind of problems as you and me. Period pieces aren’t really my thing. But I do get a lot from reading, just as a way of thinking about stories, and relating them to songs – I also really like short stories, because I think they show that it really matters what you leave out or leave in – hopefully enough details to just move the story along, but also to leave enough space for people to hold their own hopes and dreams.

I just read this book actually, called The God Of War – I don’t know if it would be you or not, but I think it’s from the past two years…there’s a bunch of books from the last few years I’ve loved – there’s one called Marlena by Julie Bunton, which is probably my favourite, and some great ones by Christopher Beha.

I’ll check some of those out, thanks. Now, what’s interesting about your albums away from The Hold Steady these days is that they, themselves are now starting to weave a similarly tangled web with certain characters from earlier songs, perhaps, returning. Although it’s something of a complex puzzle to work out which ones are which…or even if some of them are subplots to stories in The Hold Steady. Am I overthinking this, or was that always the long term plan?

Well…slightly. I mean, I’m trying to create a different world with the solo. I wouldn’t say that they necessarily connect to anything in The Hold Steady, although I sometimes do the odd self referential thing, like in ‘Blankets‘ where I mention that they know some songs about the twin cities, which is sort of an inside joke between me and the audience, yeah.

And in the same song, the line “I met her at a racetrack” of course, is like a nod to ‘Chips Ahoy‘…

Yeah, I guess so. After a certain point, the body of work just starts getting larger and larger, so there are so many things that could seem like nods to something else I’ve written, and things like that, they let you know that the audience is listening closely. I think it’s fun for them, to see if they can pick these things up.

It’s always been one of my absolute favourite things about your work. I must admit, I’m a bit of a softie when it comes to music sometimes, and on your last album, ‘God In Chicago‘ made me well up a bit, and I wondered whether ‘A Bathtub In The Kitchen‘ was a follow on from that, with the talk of packages and whether Francis was the brother who died or something?

‘A Bathtub In The Kitchen‘ is more of a song about living in New York really. I almost did 20 years in New York – you kind of show up there and you have some people who just settled straight away and they show you the ropes, so you kind of look up to them, but there’s also people who, forever, from all countries, will move into big cities to pursue their dreams, you know, and hope to take advantage of the opportunities. But sometimes it just doesn’t work. And ‘Kitchen…‘ and a lot of the other songs on this record, are about people who are trying to keep up with the way the world’s changing, and they’re having a hard time with it. In the case of New York City, it’s an ever changing beast, and if you aren’t moving with it, it can kind of swallow you up. That’s what’s happening to Francis in that song – he hasn’t moved quick enough, and he’s asking for help from the guy he showed the ropes a while back, but this guy is like “I appreciate you helping me when I moved here 15 years ago or so, but there’s only so much I can do. You need to kind of help yourself, dude.” 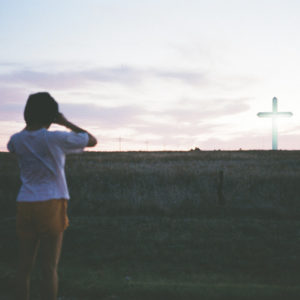 Oh yeah, I’ve known several people who’ve moved away for a better life elsewhere, but before you know it, the move hasn’t worked out and they’re back here. Now, I’ve finally got round to – about 15 years late, admittedly, watching the entire boxset of the HBO show The Wire. It struck me how much the characters in I Need A New War had in common with some of the folk on that show, specifically the ones who would do anything to earn a few bucks to keep their heads above water or, more crucially, who don’t know any other way of life. I thought these songs scratched below the surface in a similar way – a kind of non-judgmental look at the reasons why people do the things that they do, and I think that’s why I love them so much, so I did wonder how much of it was drawn from your own personal experience, as opposed to being a complete work of fiction?

Well, you mentioned The Wire, and that just happens to be my all time favourite show, for all the reasons you mentioned. I think the one striking thing about that show was how the drug dealers – most of them, in their quest to get to the top – are driving around, risking their lives and their freedom…for not much, really! You’re a drug dealer but you’re not a kingpin, you know. As I get older, I’m very interested in that – the people who are struggling just to get by. Like going back to ‘God In Chicago‘ – the only reason they were doing what they did was to try to turn it into money, which they both needed, and the characters here are really just trying to get through the best they can. A lot of people I see when I’m working, or when I travel, seem to fall into that, and I’ve certainly had similar experiences too. And of course, given the political environment, part of it is that a lot of people are trying to do the right thing – going to work, trying to provide for their families, and never really getting ahead because it’s just kind of ‘where we are’.

That kind of fits into my last question, as I was going to say that despite the relatively downbeat feel of the album, and despite Trump being your president, I Need A New War still manages to retain a pretty positive vibe on the whole. Was that something that was important to convey, do you think? The characters struggling but managing to put a brave face on it and get through somehow?

Yeah I wanted to make sure there was a grace to everything, that I could infuse things with. Like ‘it’s a hard life’, but I always give the example of when we were in a New York subway, and there was a young mother with a stroller, and some guy, without asking, just grabs one end of it and helps her up the stairs. It’s just this one very small, but beautiful moment, and those kind of things happen all the time. When I capture those as well…when I capture the love between people, it makes the world feel a whole lot warmer for a little while. So yeah, while a lot of these characters are oftentimes in downbeat situations in my songs, I certainly want to offer up the idea that there is hope for them. And I guess in some ways, I Need A New War as a title comes from thinking “I need something else to look forward to”, you know, just something else to engage with in the future, to give them something more in their lives.

As usual with Craig, we talked about a whole heap of other stuff, including Franz’s return to The Hold Steady’s fold, the magic of producer Josh Kaufman, and The Monkees’ television show amongst other things, but you’ll be reading this into next week if I type that lot up too! Anyway, the main thing you need to know is that Craig’s new album, I Need A New War is released on 26th April and it’s bloody brilliant. Trust me, YOU need a new RECORD, and this is it.

1 thought on “IN CONVERSATION – Craig Finn”