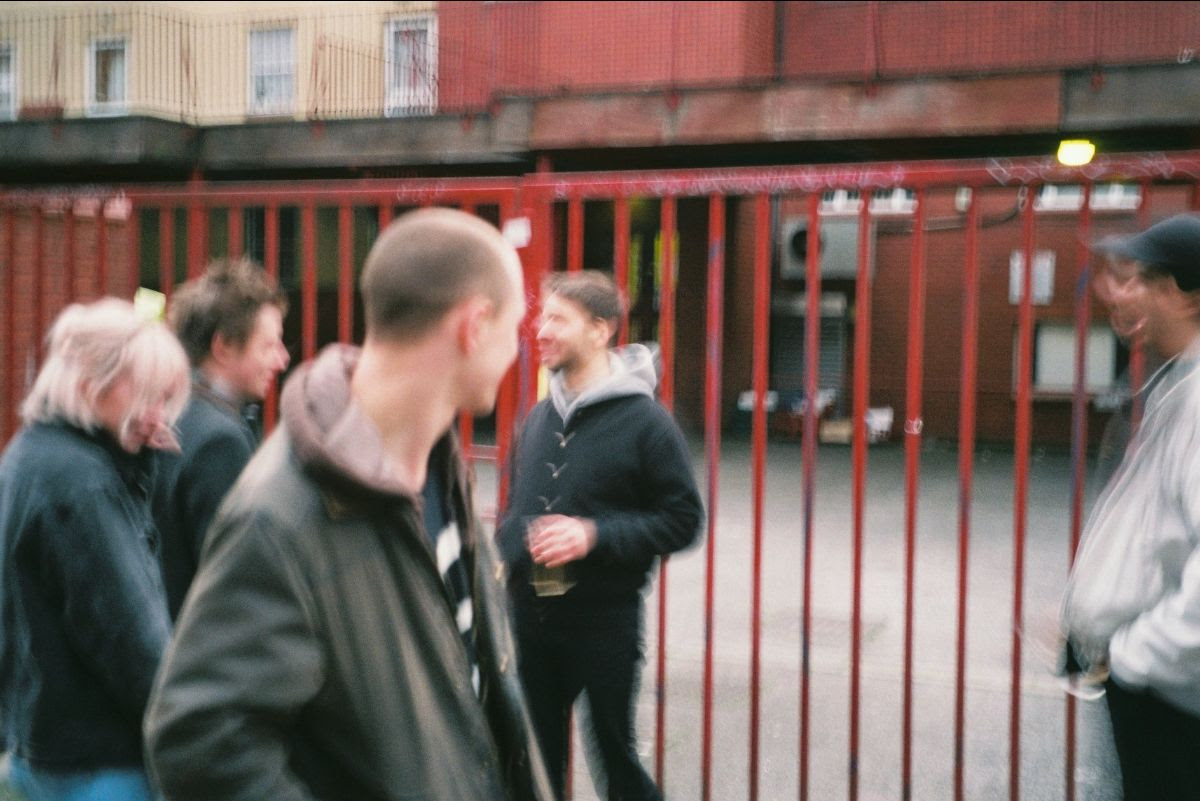 Who? Super Paradise
What? 6:30
Where? London/Milan

What they say? “The main inspiration came from “6:30” as a Caribbean dance move” explains lead vocalist Francesco, “I like that it could also mean 6:30am, dawn. End of the night, end of the dance. It’s always a bit of a weird time. You could still be out after an insane night, yet you’ll walk past people who are doing the complete opposite on their way to work. There’s a bit of uncertainty about it.”

Why we love it? Blurring breakneck scattergun riffs and whooping garage punk the soundtrack to that moment when you all collapse from exhaustion and have to go to work. The stunning second half of the song simmers with distortion and explodes with an incredible crescendo of a jam, that intersects art rock and post-rock, with sparks spinning from their wheels as thunder down motorways. Awesome.

Who? Babii
What? CARNiiVORE
Where? Margate

What they say? “All of the tracks are fragments of the same theme, and capture the album as a whole. Its such a diverse set of emotions that all bleed into one another, and also reflect each other, and at times can even contradict each other. They only make sense as a whole.”

Why we live it? Experimental pop with layers of synths and triggered beats, woven with Babii’s vocals that are surreal and imaginative, as she deals with the conflict of falling in love with a meat eater.

Who? Mirage Club
What? Communication
Where? France

What they say? “Music has always offered itself as a window to freedom and satisfaction. It makes time run much faster than it usually does too. In this mixed-up century where evolution tends to overwhelm us, the three of us embarked on a journey towards a Cartesian-driven disco where words become meaningful. Communication…don’t take this stuff for granted!”

Why we love it? A joyous concoction from the burgeoning continental combo that retools the French Touch. They lace floor-filling grooves, with funky synths and playful new wave melodies that spar with the over-reliance on digital technology to communicate.

Who? Seatbelts
What? Capitalist Confession
Where? Liverpool

What they say? “The lyrical themes are about how Capitalism can destroy an individual; their ideas, their lifestyle, they’re ‘cool’ etc. The song addresses a sadness for how people around you change and are shaped by a system, but how we can still gain strength and be creative from that ugliness. The initial spoken word assault of advertisement slander represents our daily mind enslaving of these ‘new gods’ (as the verse line goes).

Why we love it? A boy/girl seesawing trawl through capitalist confessions and the contradiction and allure of advertising and the system that enslaves us into wanting more. Imaginative and playful it flips between spoken word adverts, and delightful catchy melodies and instrumental interludes, original and addictive.

Who? VRWRK
What? In My Shadow

What they say? “Our shadow is not only the dark, unconscious part of our psyche – it’s also the seat of creativity”, says Matt Sey, who works as a psychiatrist. “Writing this EP was a therapeutic process, we tried to let go of expectations and inhibitions regarding how things had to sound and worked as freely as we could, just allowing things to flow naturally from an authentic place.’

Why we love it? Fusing almost reggae and dub textures with dark hewn synths and samples, the chanted refrains against sinewy bricolage of instruments and vocal trickery is a slab of alluring, modern pop.

Who? Just Mustard
What? Frank
Where? Dublin

What they say? “We thought it would be interesting to use stop motion animation to emphasise the broken rhythms of the song. Every character and prop in the video and their interactions represents a different musical or thematic element of the song to us. We wrote and directed it together as a band and collaborated with filmmaker Tim Sherwood who shot and edited it.”

Why we love it? Spinning and spiralling on the back of Katie Ball’s memorable vocal refrains, this track gradually swallows you whole, this is a wonderful teaser of what Just Mustard are capable of. Balancing twitching percussive elements with circular riffs and undercurrents of fuzzing shoegaze that emerge in the song’s last few minutes. The sound of trying to sleep and even your dreams being haunted.

Who? Sara Lew
Where? Copenhagen
What? Same Old People

What they say? “Same Old People is about recognizing that even though we are moving in life and feel a development, there are times when it all feels as if you have not moved at anything at all. The song deals with the relationship with another human being, where the same patterns often repeat themselves with new faces. And in which we find ourselves and each other with the same meanings, actions and understanding in the encounter with the other person as always”

Why we love it? A song about being stuck in the past cyclying through a circular melodic line, elegant and subtle. A single guitar figure entangles Lew’s graceful vocals that are steeped in longing, of repeating your mistakes. Affecting and gorgeous.