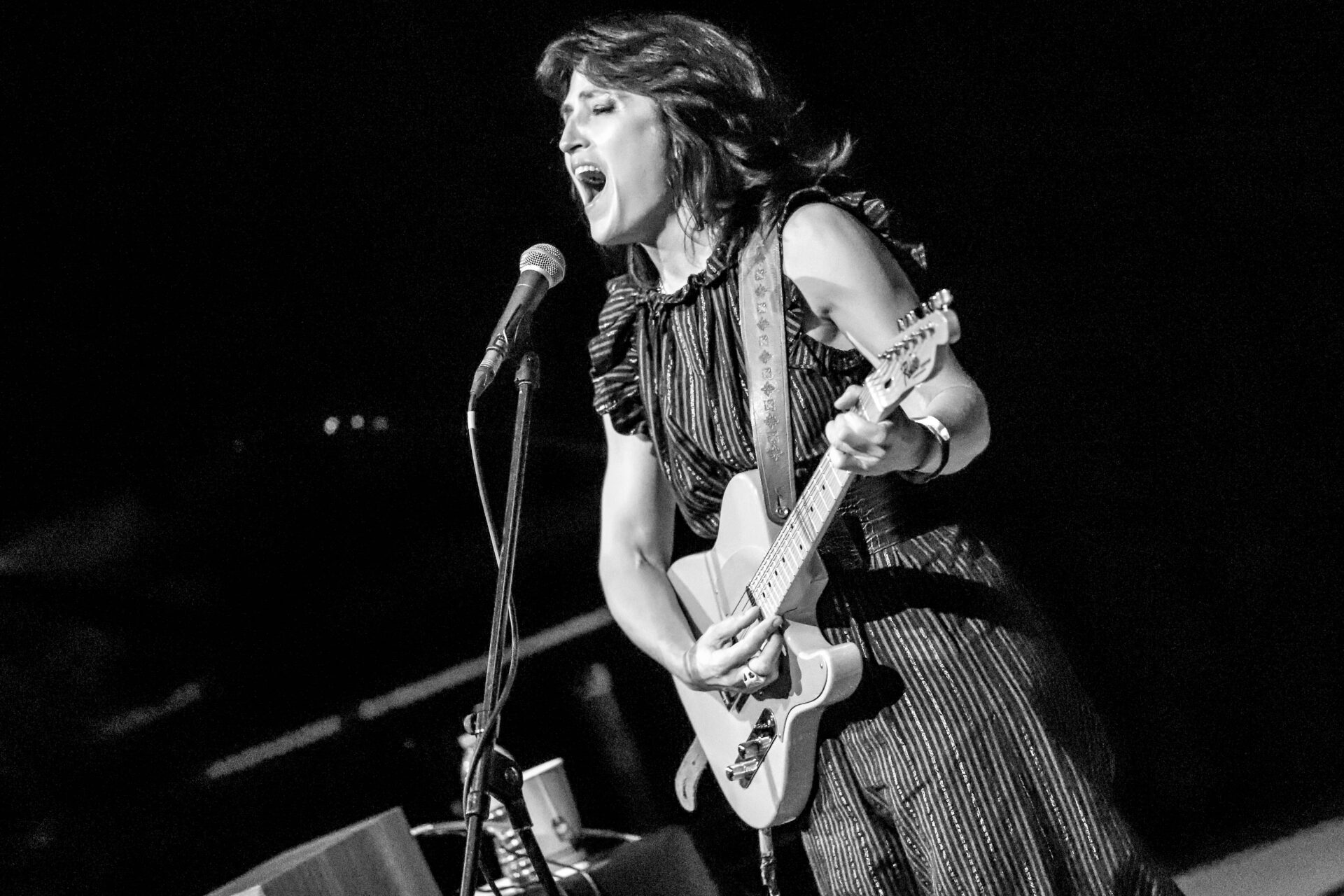 “Get love. Leave time”. During her absolutely stunning cover of Prince’s 1986 chart-topping single ‘Kiss’ – the penultimate song of tonight’s set on what is the penultimate date of her current tour of the United Kingdom – Joan As Police Woman introduces this additional refrain, inviting the audience to sing the words back to her as she does so. With these sentiments duly filling the conservatoire’s main concert hall, you can feel the adoration in the air as time just seems to stand still. It is one of many such moments during this often quite breathtaking performance.

The American musician Joan Wasser is Joan As Police Woman and Leeds has always been close to her heart. As kids growing up in Norwalk, Connecticut she tells us that she and her brother had matching Live at Leeds T-shirts, complete with an image of Pete Townshend’s flailing windmill arm and an exhortation to experience ‘Maximum R&B’ here in the West Yorkshire city. She wishes she still had that T-shirt but even without it you can feel her affinity towards Leeds. It is clearly a feeling that is mutual.

A classically trained musician, Joan Wasser initially spent time in the early 1990s playing violin for American indie rock band The Damnbuilders before having various stints throughout the next decade with Those Bastard Souls, Black Beetle and Antony and the Johnsons. She created Joan As Police Woman in the early part of this millennium and some six or seven solo albums later (depending on whether or not you count Let It Be You, her 2016 joint collaboration with Benjamin Lazar Davis in this total), Wasser has reached a point in her recording career where a retrospective is required and fully justified.

Joanthology is that retrospective. It spans the first 15 years of Joan As Police Woman’s exceptional musical career, one that has seen her shift effortlessly between the guises of torch singer and retro-soul priestess to one of sultry synth-pop queen on her most recent solo record, last year’s Damned Devotion. And tonight we get a whopping 17 songs from Joanthology, not in their full studio pomp but with Wasser on stage alone and alternating between piano and guitar. 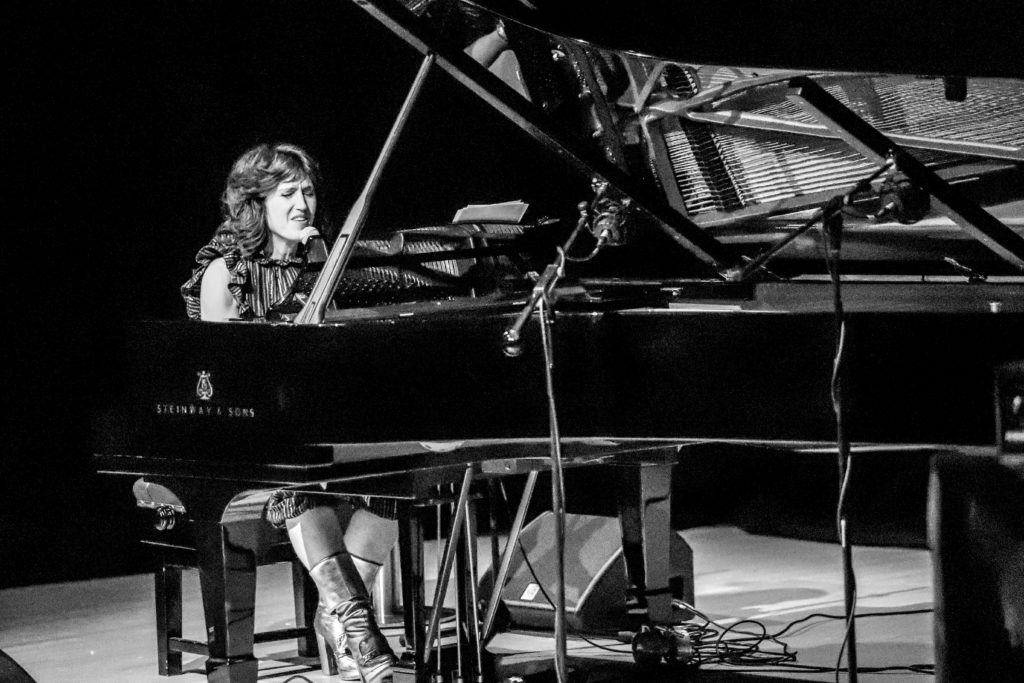 These beautifully stripped back versions assume an incredibly intimate and personal quality and we hear these songs as you imagine they were either first intended or have since become. The effect is one of emotional liberation. The opening trio of ‘To Be Lonely’, ‘Wonderful’, and ‘Warning Bell’ sees Wasser seated at the piano, breathing deeply between the song’s lines, emphasising the impact and turbulence inherent in these reflections on her life. By the time that she dedicates ‘We Don’t Own It’ to the late-American singer-songwriter Elliott Smith she has shifted to electric guitar, before alternating between it and the exquisite sound of the College of Music’s Steinway for the remainder of her performance.

The songs proceed to just fall over each other as they strive to get to the top of the highlights’ list, each passing one equally deserving of that honour. ‘Start of my Heart’ is deeply moving. ‘Christabel’, from Joan As Police Woman’s 2006 debut album Real Life, is dramatically reworked and presents Wasser as a modern-day Nina Simone. ‘What A World’ had lain in hibernation for eight years before Wasser relocated the song into a place that she now likes, whilst ‘Human Condition’ is accompanied by a Cha-Cha backbeat courtesy of her trusty Rhythm Ranger.

Encores of ‘The Ride’ and ‘Your Song’ – a song that was part of the sessions for her fifth studio album, 2014’s The Classic but until Joanthology had remained unreleased – bring to a close what has been a nigh-on-perfect evening of music and further begs the question as to why Joan As Police Woman has even now and more than 15 years into her remarkable solo career not yet fully emerged from her invariable position of that of cult artist.