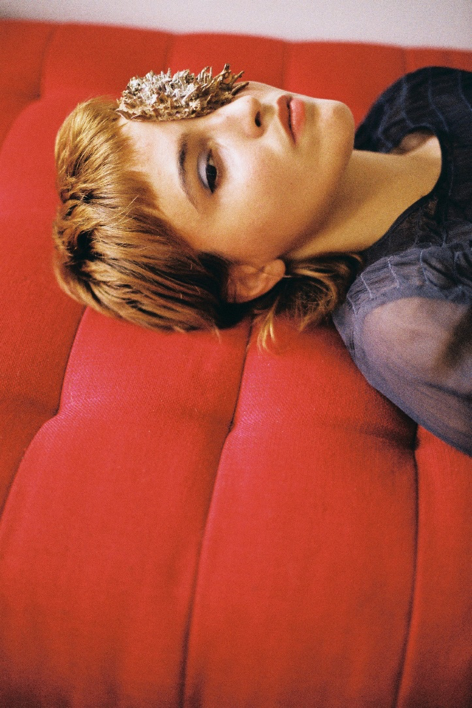 According to Dana ‘Catch’ is “a conversation with the gods of creativity, an attestation to the daily struggle to be inspired and how not to lose direction” according to Dana.

“It’s often a challenge for me to believe in myself, to believe I have something I should deeply focus on, to the extent that other people find selfish and obsessive” continues Dana, “it’s my search for how to suspend judgement or loosen it enough to let something pass through.”

Catch is out now on all digital platforms, and the limited edition 7” single is available to pre-order from today as well: https://smarturl.it/danacatch

Dana Gavanski is a singer/songwriter currently living between Belgrade and Montreal. Born in Vancouver to a Serbian family, but relocating to Montreal to attend university, Dana originally planned to pursue a career in film. However, she shifted her attention back to music when her then ex-partner left her his guitar before moving to NYC. With that came her first EP, Spring Demos, released via Fox Food Records in 2017. Dana followed this up with her first single for Full Time Hobby in 2019, One by One, produced by Mike Lindsay in his Margate studio.

Dana will be playing some headline shows in November in support of the new single. Full dates below, tickets available here: https://belmontbookings.nl/roster/?open-modal=dana-gavanski