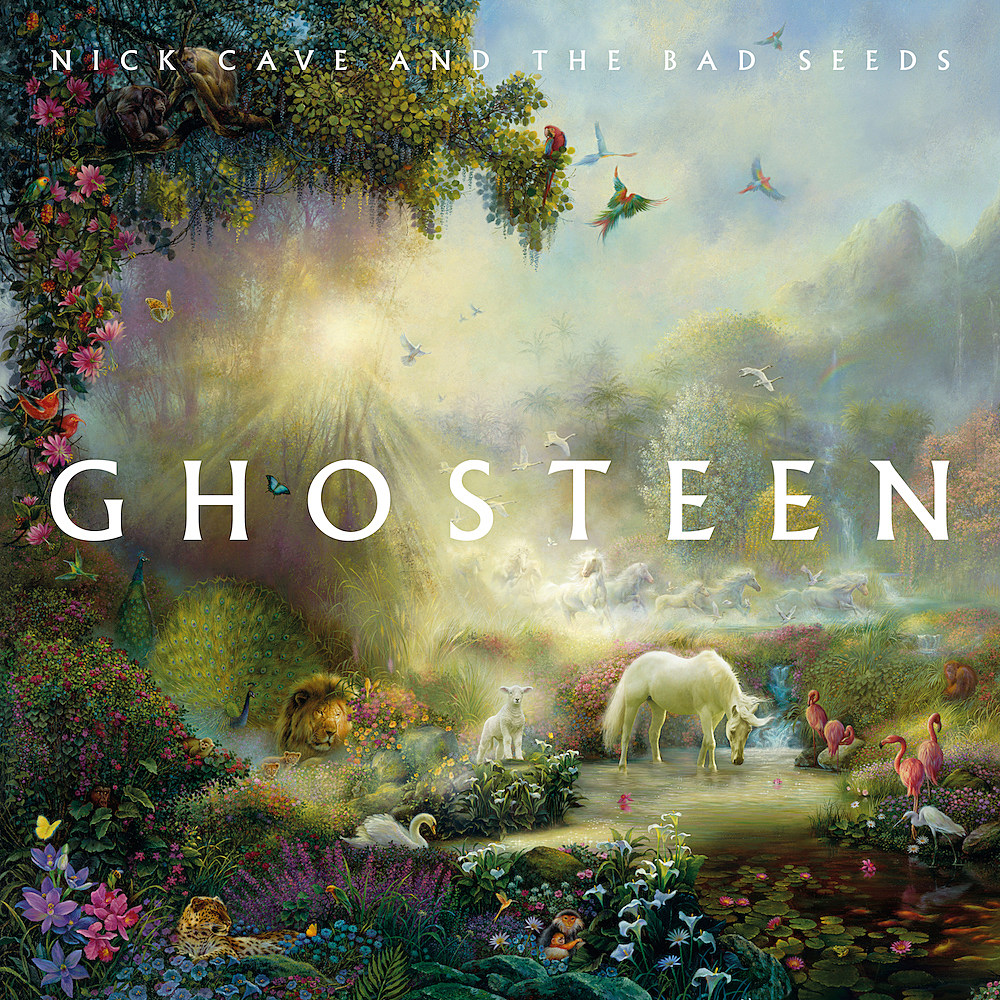 One of the greatest problems you can face as a music journalist is the short time spent living with a new record. There are many well-documented cases of an album being poorly received in initial reviews, only for it to sweeten with age. Weezer’s “Pinkerton”, for example. This led to an interesting conversation with my editor.

I didn’t know how to assess Ghosteen. Nick Cave has been slowly abandoning the bluster and noise of Dig! Lazarus, Dig! and the Grinderman albums for a more serene, contemplative approach previously heard on The Boatman’s Call in recent times. Whilst this decade’s Bad Seeds output has been rather sparse and minimalist, his surprise release Ghosteen sees almost everything stripped away, bar Nick’s spoken word beat poetry and a blanket of ambient loops, courtesy of multi-instrumentalist Warren Ellis. As a result, this isn’t an immediate album for all occasions, like Let Love In or Grinderman II – the former being my recommended entry point for anyone new to Nick Cave and his many projects.

This certainly isn’t an entry point for newcomers, but it’s an interesting new chapter in Cave’s saga for the initiated.

On that note, it would be sensible to rate this album a 5-7. However, in design, a tried and true mantra is that it’s preferable to release something that’s a 10 to some and a 1 to others, rather than a 7 to everyone. A 7 is liked by all, but loved by none. Strong reactions are good. It’s not that I feel that this album is a 5 or a 7; it’s a 1-3 or a 9-10, but I can’t tell which. For the first time in my career, an album had left me utterly dumbfounded. In my time of desperation, I invited some friends over for a listen.

With its glacial, funereal vibe, utterly devoid of percussion, it quickly became apparent that this isn’t an album to enjoy with friends, demanding the listener’s complete, isolated attention. They came to the same conclusion – they didn’t know how to rate it, either.

Whilst The Bad Seeds’ last album, Skeleton Tree was often viewed through the lens of Nick Cave’s recent loss of his son, the album was almost (if not totally) complete by the time of his passing. The one thing we all noticed immediately was the gaping void left where Conway Savage’s soaring backing vocals should have been. That’s when it hit us: THIS, not Skeleton Tree, is Nick’s grieving album. ‘The Spinning Song’ talks of a prince who – with his chilli-black hair – sounds remarkably like Nick himself. It talks of him in the past tense. It’s obviously autobiographical, a lament to the loss of youth and all the death and tragedy that comes with getting older. In “Bright Horses”, the rose-tinted lenses fall away in a strangely devastating moment of candidness.

Even a week on, I am still digesting Ghosteen. It’s a strange, beautifully bewildering record that I’m finding equally bewildering and enchanting. It may not be Nick’s best opus, but this is certainly what he does best: not exactly subverting expectation, but forcing us to reassess our instruments of appraisal entirely.