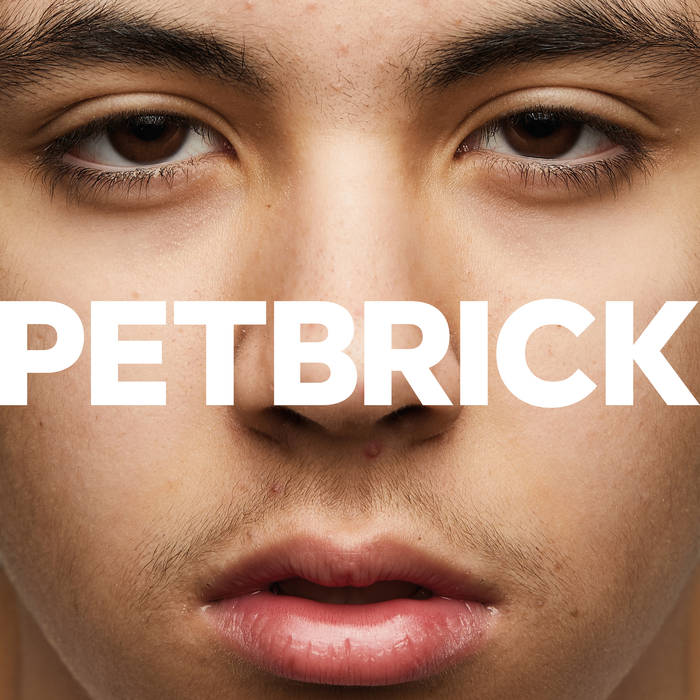 Legend has it in the late 90s Cliff Richard released an anonymous white label dance track just to prove how easy it is to make electronic music. The track bombed because it was shit but the premise persists that, somehow, because you don’t have to learn an instrument to make it, electronic music is a quick and easy way to make a buck. So a track like ‘Gringolicker’ here is a clear and unnecessary play on the Aphex Twin classic ‘Windowlicker’, which is a shame because I wouldn’t like to think Petbrick’s I is a joke record when the majority of the content is so overwhelmingly good.

On first listen opener ‘Horse’ trots along somewhere in between Chinese Democracy and ‘Burning Inside’-era Ministry, and on second lead track ‘Radiation Facial’ (which is basically just the same song but with differently delivered vocals) you can’t help but wonder aloud about the blinkered nature of heavy metal music, as the almost relentless blast beats and tinnitus mimicking feedback gradually tether themselves to the auditory cortex. But, they are actually pretty impressive so let’s forget the fact that Iggor Cavalera (brother of Max) and Wayne Adams have a rich speed metal and high octane techno (that other great insular profession) pedigree between them including Sepultura, Soulwax, Big Lad and Death Pedals because I is a genuine act of musical crossover, and original enough in intention that we shouldn’t let our artists’ background cloud our better judgements of them.

‘Guacamole Hand’’s brutalised synth and discombobulated guitar riff jockey for dominance as a tinnier percussive accompaniment sounds like it was recorded half a mile away. Like something off Terminator, and that is the crux of I, something old-school and accessible to most yet genuinely genre defining at the perimeter fence to others. The track’s false ending before re-emerging with more clarity is genuinely discomforting as if an impending doom approaches and a subtle change of pace is suddenly upon us. It’s a huge highlight and an early indicator of what is to come.

Tracks like ‘Roadkill Ruby’, betray the structured heaviness of both artists backgrounds but are no-less innovative as elements of speed metal are woven into a darkly melodic synth massacre and ‘Sect’ which prefers a sample led discord but the music is no less daunting, as a long drawn out intro segues into a slightly panicked cycle of synths and maniacal background vocals. And it’s these ergodic musical principles and thoughtful sonic touches that really impress and tends to position Petbrick more for fans of the no-audience-underground than any kind of residual metal or industrial following they will struggle to shake.

The aforementioned ‘Gringolicker’ is where the plane of influence really starts to get foggy. Paranoid and frantic as the techno influence starts to assert itself more and suddenly followed by ‘Coming’ which is sparser in comparison with its almost poppy incantations and building electronica; this is about as far removed from the duo’s parent projects that Petbrick get. Listenable, original and loud, the holy trinity of noise.

I is released on 25th October through Rocket Recordings.