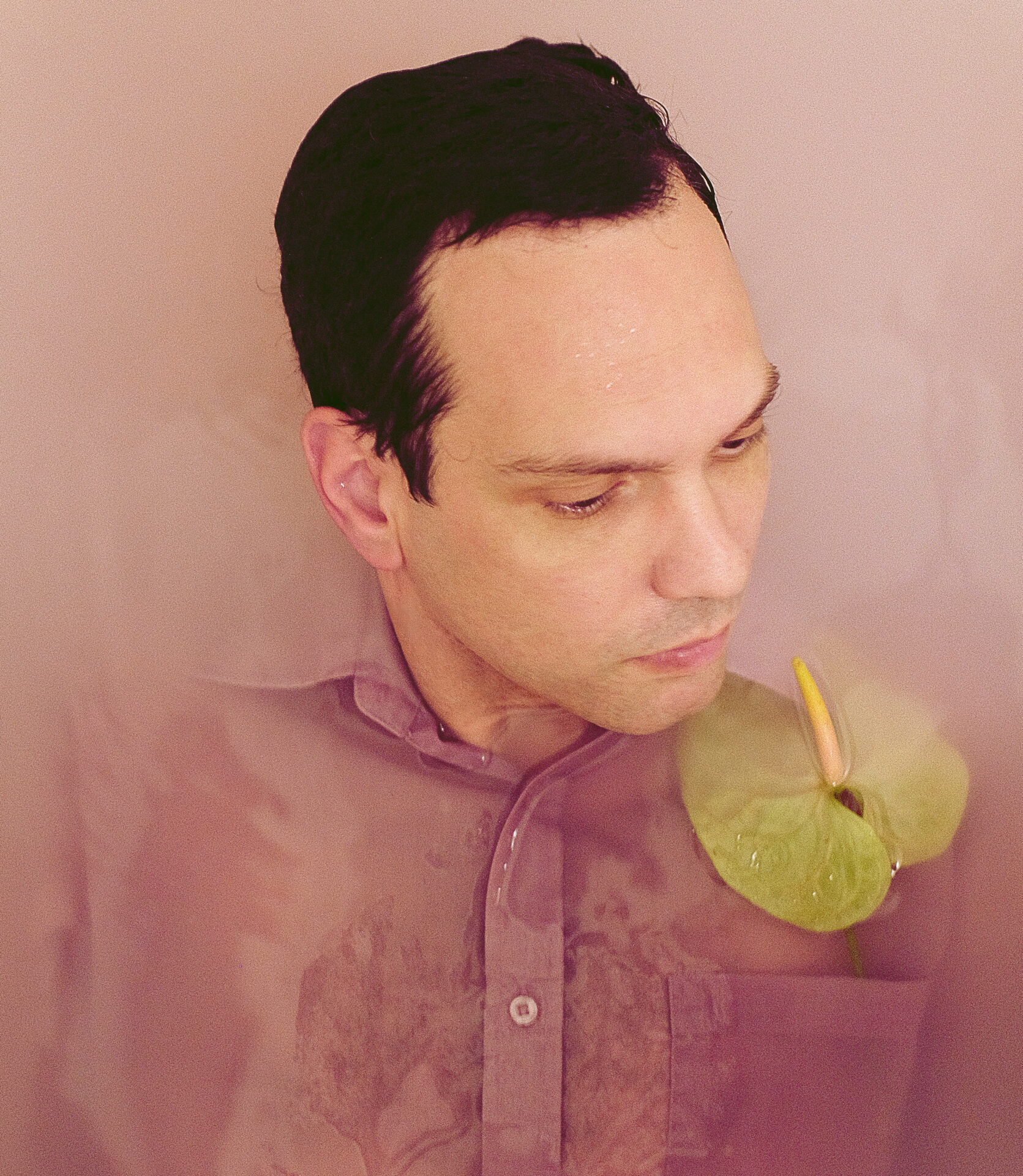 Chris Stewart, aka Black Marble releases his third album, Bigger Than Life this week, joining the likes of Amen Dunes and Lust For Youth on the always reliable Sacred Bones Records.

Written and recorded entirely by Stewart in the months after his coast-to-coast move from New York to Los Angeles, Bigger Than Life wholeheartedly reflects this new chapter in his life, full of possibilities, hardships and a refined sense of human connection. While still electronica, the new album is a step-change from 2016’s It’s Immaterial which itself was beautifully experimental, but largely hid Stewart’s vocal under washes of reverb and abstract synths. Here however, his voice is the clear, guiding star for each song, ultimately rendering the whole thing less self-conscious. The result is an exquisitely balanced album that oozes genuine 80s underground nostalgia while retaining Black Marble’s cool mystery. With standout songs like ‘Private Show’, ‘Never Tell’ and ‘Feels’, Bigger Than Life sounds much like a recording from the heydays of Berlin’s Hansa Studios, a dark classic rediscovered.

We spoke to Black Marble about this new, exciting direction. 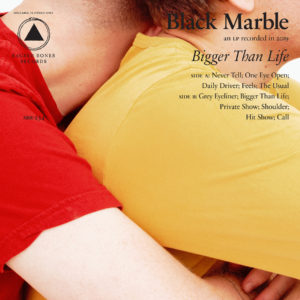 Hello Chris, nice easy question to begin with. What’s the best thing that happened to you this week?

Finding a decent deal on a van for our upcoming tour with Automatic (thanks Bandago)!

Your third album Bigger Than Life is out this week, will you be doing anything special?

Yes, I have a big LA show with a lot of great bands.  Gary Numan and Boy Harsher and Lust for Youth among others.

This album feels quite the opposite to It’s Immaterial, what’s your sense of that?

For me the main difference in approach on this record was just allowing myself to be a little more free-wheeling in the writing process.  I demoed more and skipped around more. I didn’t feel quite the pressure of the last record. I think I was more focused on how I wanted to be perceived for Its Immaterial and for Bigger Than Life I was more focused on what I thought people might want or need.  It’s a difficult time. It’s too heavy to be so inwardly focused right now.

Definitely. What, if anything, did you let go of this time in the writing process?

The stress of trying to make something great and welcomed the spontaneity of new ideas and mistakes and happy accidents that come from skipping around more and just being loose.  The overarching feeling that songs had to feel an exact, certain way.

Lyrically the album seems outward looking, like random vignettes of other people’s lives, especially ‘Feels’ and ‘Grey Eyeliner’. What were you inspired by?

Definitely true.  When I’m listening to the song and trying to think of a vocal melody, I often get imagery stuck in my head and if I can latch on to that imagery and start to convey that feeling through words then it’s usually easy for me to skip around and start filling in other areas of the song with other snapshots. Sometimes it’s a linear story though.  In ‘Grey Eyeliner’, when I’m talking about “Grey Eyeliner carries water for drinking and at nine each time she passes my door”, it was just an image that came to me of sort of this ex-pat American that, for some reason, is in some exotic place trying to make his fortune or undertake some kind of shady business deal. He’s alone all the time in the evening because all he does is work and he notices a local woman he sees walking past on the street. This is just an image that popped into my head as I was listening to the song, and when I like how something feels to me, then I start trying to ride the wave of it and form other lyrical content around that world.

So do the characters in your songs come from a place inside, or real life?

I guess the way they say everyone in your dreams is actually just you, I think maybe all these characters are me in other lives or bodies, but something about the way they feel usually connects with how I feel or something I’m going through. ‘Shoulder’ is sort of a fable, or whatever, about just moving forward. It has imagery about my new life. “I look out on the hills below and how I like my window” is something I kind of stole from Leonard Cohen, but in general just an impression of a new place and then the refrain of not being able to look back, over and over. But more often that, I’m just filling in little snapshots that pop into my head when I’m listening to my song and I just start trying to expand on that.

What was your set up for writing/recording this time? What qualities did you look for in the gear?

I wrote it mostly on my MPC [Midi Production Centre] and sequenced all the synths live out of that box.   An MPC its set up to do a certain amount of bars that is considered a sequence and then you can assemble those sequences into songs.  I played all the synth parts into the MPC live (and then fixed any mistakes) and used it as a sampler as well so all the drums are samples from old drum machines that you can pitch shift, chop and effect.  If I had a bass line, I actually sampled it and added it to the sequence. So the MPC is just playing the song. I liked this approach it felt very hands on. I only used the computer to track vocals.

On a scale 1-10 how obsessive can you be trying to find the ‘right’ sounds?

In an interview about Its Immaterial you said songs that are written sober have to sound as good when you’re high. What were you getting at?

Ha, I remember saying that, it sounds kind of dumb, but part of what I was getting at there was that I think there is a weird psychic zone that has many dimensions.  The idea of being able to step outside of yourself (as the music maker) and go through another door and hear the work from another person’s angle is something I’m pretty obsessed with.  I think it just comes out of my paranoia of writing something bad and not being aware of it.  There is so much bad stuff in the world, but no one thinks they are making bad things. Isn’t that funny and terrifying at the same time? How do you avoid falling into that trap?

So what ideas would you like others to take from your music?

I want people to enjoy (if they can) listening to my albums from start to finish and get lost in the world of it and the little vignettes and come out of it feeling like it takes a second to come back into the real world.  Like a bit of a fog after you’ve seen a movie or something. And to just maybe think about that world a little after they leave it and be able to lean on it. Maybe connect to it a little and not be so focused on their own life for five minutes if they can.

What’s the most helpful criticism you’ve ever received?

“These songs are good but the instruments you used to make them are shit.”

…and, what was the last random act of kindness you saw/received?

Ha, not sure.  I like acts of kindness that are more under the radar.  Sometimes the biggest act of kindness can be just keeping your mouth shut.

I’m not ashamed to admit that Bigger Than Life makes this social wallflower & resolute non-dancer want to move. What makes you dance?

The Kenny Loggins sequence in the 80s movie Top Gun (if I’m high).

Ha! What’s your philosophy on how we can brighten other people’s lives?

Know that it’s just as hard for everyone else to be open as it is for you.  Recognize their efforts as a strength, not a weakness and follow their inspiration.

‘Bigger Than Life’ is released October 25th, via Sacred Bones.