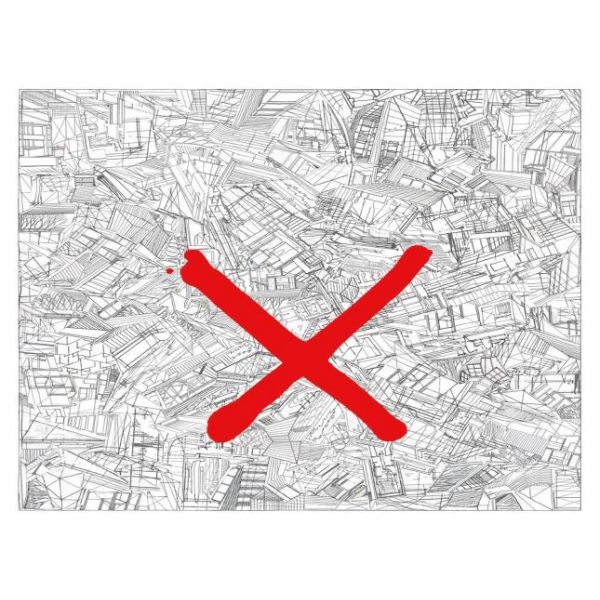 Richard Dawson’s last album, 2017, ‘Peasant’ was pretty allegorical by all accounts- character studies of medieval characters intended to draw parallels with the chaos of the present day. It’s a great record, and an interesting exercise in allegory- but if anything 2020 demonstrates that Dawson is at his very best when stripped of metaphor or parable. Dawson- like all the very best lyricists- is at his most superlative in the present.

2020 is a political record, though not explicitly so. It’s a personal record- the emotional landscape of Newcastle Upon Tyne is splattered across it- while using different voices and narratives. 2020 is at it’s most effecting when the person and the political become indistinguishable.

There’s lead single ‘Jogging’- with it’s seamless, heartbreaking transition from the micro to the macro- in which Dawson perfectly captures a familiar state of modern malaise- looking on eBay and ‘houses he’ll never live in on’ Zoopla. Dawson personal set of anxieties trickle into a wider sense of societal dread- that in the hands of a lesser writer- could resort to platitude or sloganeering. There’s ‘Civil Servant’- a tenderly, empathetically observed portrait of a civil servant trapped by the inhumanity of his responsibility and the apathy of his work colleagues. ‘The Queens Head’ is set in the aftermath of a flood- a nameless town is devastated by the Humber bursting it’s banks- while the inhabitants of the village point fingers, our narrator reflects on the (rather liberating) inconsequential and tiny nature of their lives- reduced to chaos by nature in an instant.

For all of the trauma on the record- and most of it is beautifully understated, and more affecting as a result- there is humour too. ‘Two Halves’ is blackly comic humiliation of a young boy during a football match; and his consolation in an unexpected source of kindness. ‘Black Triangle’ follows a UFO enthusiast seemingly oblivious to how his engrossment is driving a wedge in his relationships – tenderly and humanely addressed- crucially for all of the perspectives on 2020 there is absolutely no punching down- arguably the main thread of lyrical consistency is Dawson’s humanity.

This is some of Dawson’s least intricate music- but at the same time it’s some of his best and most memorable. Gone are the more spindly Beefheart-isms of previous albums (though Dawson’s frankly quite remarkable guitar playing is ever present) in favour of a more direct, pop approach. It’s as much a hair metal album (those backing vocals!) as it is a folk album- but it’s a totally idiosyncratic assimilation of sounds and textures that is unmistakably Richard Dawson.

‘Dead Dog In An Alleyway’ recalls some of the narrative nature of his earlier work in respect to it’s attention to detail (I was reminded particularly of ‘Ornithology’), as does the real centre piece of ‘Fulfilment Centre’. Another character piece, clearly addressing the horrendous conditions faced by Amazon workers- it epitomises everything special about 2020 in it’s tenderness, humanity and avoidance of cliché and platitude. Richard Dawson was already a magnificent talent, but 2020 marks him out as an incisive contemporary songwriter. A genuinely special record.