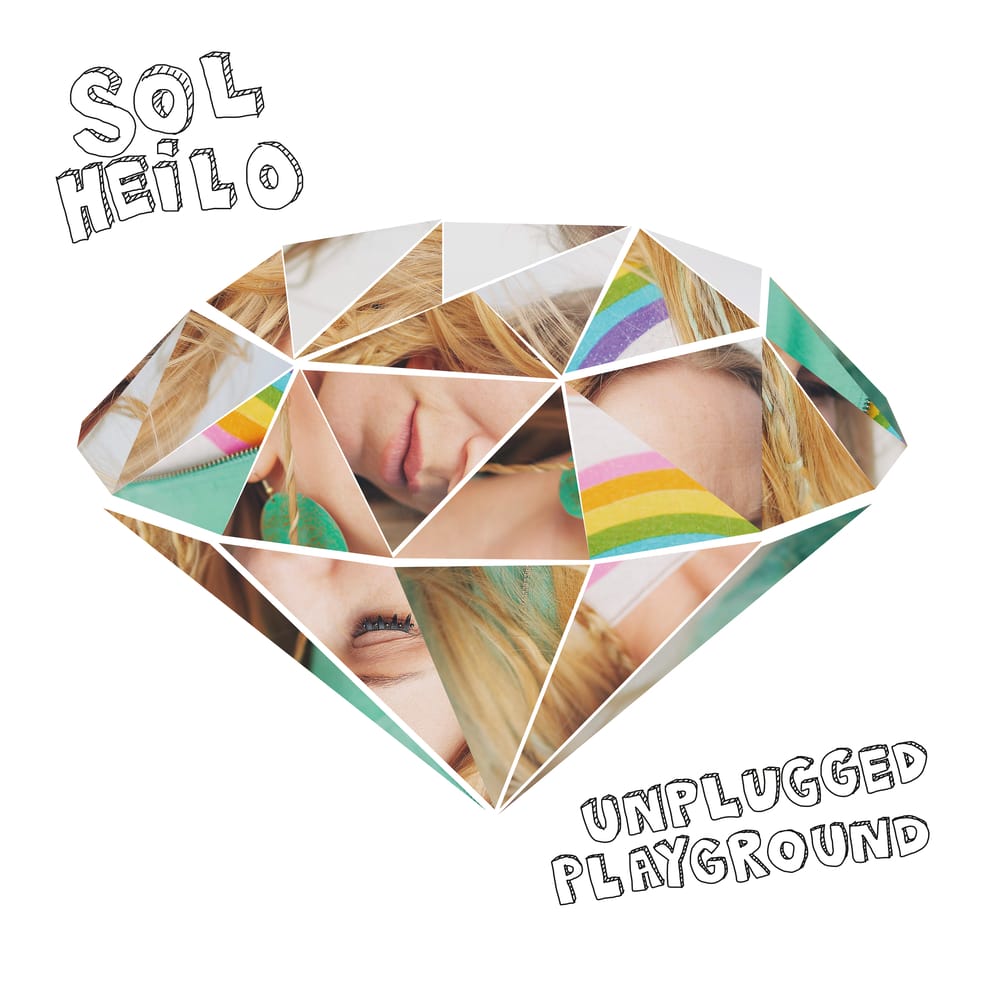 Just over two years after she released her debut album ‘Skinhorse Playground’ ex-Katzenjammer star Sol Heilo has issued independently an EP, ‘Unplugged Playground’, which as the title hints at, is a collection of stripped back versions of many of the songs on that album, six of them in all, together with a new one.

There is an argument that reissuing tracks so soon after the original version is perhaps something an artist should stay away from and that the focus should be on new recorded material. On the other hand there may be a good reason to do it and in this case there appears to be one.

After a sluggish start to her solo career, Sol Heilo’s popularity has soared this year, courtesy partly of an appearance in a popular Norwegian TV show early on and subsequently to a series of sold-out concerts and festival appearances across the country.

During those shows (one of which I witnessed back in August) she has consistently refined her live performances and was at pains to stress when advertising this EP that “this is the closest you get to my live sound – and my heart.”

So the EP serves a dual purpose, one of promoting what her live performances are like to new fans without actually putting out a live album, while also permitting existing foreign fans, who may not get to see her until 2021 unless they can afford to travel to Norway, not the world’s cheapest country, a glimpse into the nature of those live, almost acoustic shows.

The EP opens, as did the album, with ‘America’, a loose examination of the state of that nation by a foreigner touring it in search of new experiences, and written early one morning in a New Orleans motel. Sounding initially here like ‘Stairway to Heaven’ I’m not sure this version, while it has even more feeling and emotion, has quite the same impact as the exuberant original, which contains a wonderful harp contribution.

‘I can’t sleep’, an expression of pain for a lost love, actually benefits from being slowed down to a metronomic crawl and the additional emotion is almost overwhelming at times. Sol also manages to replicate the pleading, almost child-like voice of the UK’s Polly Scattergood on this track, especially the latter’s ‘I hate the way’, itself a huge bonus for me.

‘Pieces to play’ is a new song which wasn’t on ‘Skinhorse Playground’ but which has been reviewed as a ‘Video of the Week’ in GIITTV.  Not so ‘London is Trouble’, a popular live show song, and one which doesn’t sound radically different from the album version here, at least until the last minute or so, where it gets a little breathy.

I’m not sure about ‘Killing Karma’, the most dynamic track on the album despite its dark subject matter. On this EP as well as a key change it acquires a Latin American, almost Caribbean beat and guitar part at times and I could even envisage Beyonce singing it. What it hasn’t lost is the gospel ‘choir’ at the end, albeit a diminished one. Praise the Lord.

I was both looking forward to, and apprehensive of, the last two tracks, ‘When my Country died’ and ‘Walk a little further’ as they are my favourite ones from the album.

The first one possibly references Anders Breivik’s bombing and shooting spree in and around Oslo in 2011, I can’t think of what else “I wake, I wake from my sleeping/And I am free but I still hide/’cause when the prophets stopped speaking/That was when my country died” could mean.

This version, in which that final verse is partially spoken, preceded by a doom-laden vibraphone part, if you can imagine such a thing, tugs on the heart strings even more.

In the case of ‘Walk a little further’, while it loses the album’s big multi-instrumental ending it gains in personalisation, enhanced by the guitar work of one of Norway’s unsung musical heroes, Ronny Yttrehus. It really does sound as if she’s singing it to, and for, you. I can imagine this one being synced right across Hollywood for handkerchiefs-at-the-ready romantic films.

When, last August, I interviewed Marianne Sveen, another ex-Katzenjammer about to embark on her own solo career, she said without any prompting that Sol Heilo is the most talented person she has ever met (and she knows many), one able to do just about anything. What Sol Heilo has done here is unequivocal. Once she starts international touring again, hopefully in 2020, we now know exactly what to expect.

‘Unplugged Playground’ was released on 25th October on the main streaming platforms, to be followed by a physical CD and vinyl interpretations.