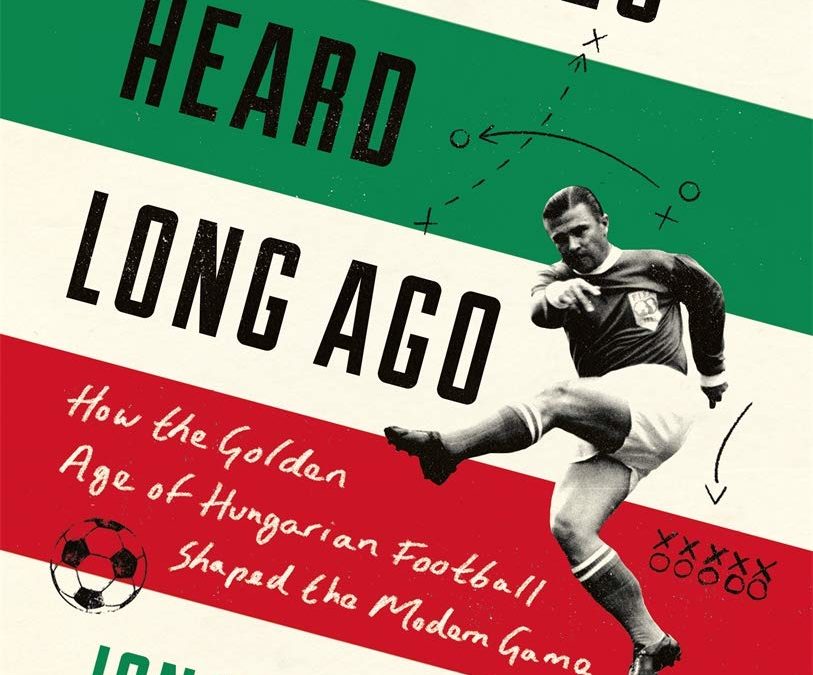 It seems hard to imagine football now without Jonathan Wilson. From Inverting the Pyramid to The Blizzard Wilson, in the UK at least, reimagined the possibilities of football writing. Bringing a historical rigour, intellect and seriousness to a medium that is often susceptible to the worst hacky impulses. His influence is vast; would something like the excellent Tifo YouTube series exist without him? Or the subscription based weightiness of The Athletic? He is also bewilderingly prolific; a kind of Joyce Carol Oates of football writing, and 2019 has seen the release of his 11th book. Last year’s excellent The Barcelona Legacy was perhaps Wilson at his most zeitgeisty – it was certainly his book that dealt so much with the recent past. The Names Heard Long Ago is him at his most esoteric – a history of Hungarian football in the first half of the 20th century.

On November 25th 1953 English football lay shattered atop the lush, clipped green of Wembley. An England team filled with giants of the post-war era – Wright, Matthews, Mortensen were given a brutal lesson in their absolute inadequacies by Puskás’ Hungary. Watching the game now, it feels bizarre we ever thought we were any good; the sheer scale of the quality divide between the two teams is profound. The Names Heard Long Ago tells the story of how Hungarian football arrived at this point, what culture gave birth to the greatest team football had ever seen.

As Wilson explains over the book’s 370 pages, Hungary has exerted a massive, if not unknown then certainly partially hidden, influence over modern football. He details the tactical innovations Hungarian football created, most famously the free-roaming false nine that was central to destroying England at Wembley. But the most fascinating insights the book offers, is how in the years between 1916 and the beginning of WWII, individual Hungarians left the country to revolutionise the sport in pretty much every major footballing nation. From Dori Kruschner in Brazil to Emre Hirschl in Argentina via Béla Guttmann in Portugal and Ernesto Erbstein in Italy, Hungary’s influence is huge. Wilson details that the rise of the anti-Semitic, quasi-fascist government of Hungary in the 1920’s and 30’s led to an exodus of Jewish people from the country, which caused such an astonishing number of football thinkers to influence such an immense number of countries.

Wilson has never been the most lyrical writer, preferring instead a rugged – if sparkling clarity. This actually casts the darker elements of the book, the events of WWII in and around Hungary, in a more brutal, unrefined light. Take the description of Hungarian Olympic footballer and coach Árpád Weisz’s (who had a major influence on Italian football) journey to Auschwitz:

‘There was no light in the carriages, no space, no privacy, no food, no water…to the right, the camp at Auschwitz I; to the left, the gas chambers of Birkenau. Ilona, Roberto and Clara (Weisz’s family), and 649 others on that train were sent left. They were murdered later that day.’

This simple, uncluttered prose style creates chilling but heart-breaking feeling. Wilson is as equally adept at writing about politics as he is about formations, and The Names Heard Long Ago, much like his book on Argentinean football Angels with Dirty Faces, is as much about the wider-society as it is about the player’s on the pitch. This is what sets Wilson’s work apart from much of football writing, his ability to understand football as the major cultural mode of society, rather than just a recreational activity that exists outside of politics and history.

The Names Heard Long Ago is a book of tactical innovation, jaw-dropping football, genocide, airplane crashes and football’s own Great Escape. Wilson never offers any definitive theory as to what led Hungary to become the greatest football team of the first half the 20th century; but it was born from a then modern consumer capitalist society who created, like many European societies, an intellectual coffee shop culture of debate and ideas In Paris on the Left Bank, they debated literature and Modernism and philosophy. In Budapest, they talked about football.